When I watched Island of the Hungry Ghosts (Fri 11 - Thu 17 Jan), I realised that I saw it through the eyes of an Australian. Already exasperated by successive Australian governments and their refusal to treat refugees as human beings, I was moved but not shocked by this poetic and emotionally charged documentary.

For many of my international friends, however, the film provoked immediate outrage. Beautifully crafted and deeply affecting, the issue at its core was one they previously knew very little about.

Globally, the so-called “refugee crisis” has reached fever pitch and even mainstream news sources are now giving it air time. Still, documentaries that really show us the human impact of this crisis of humanity are few and far between. The reasons for this are many and varied, but ethics and access are chief among them. 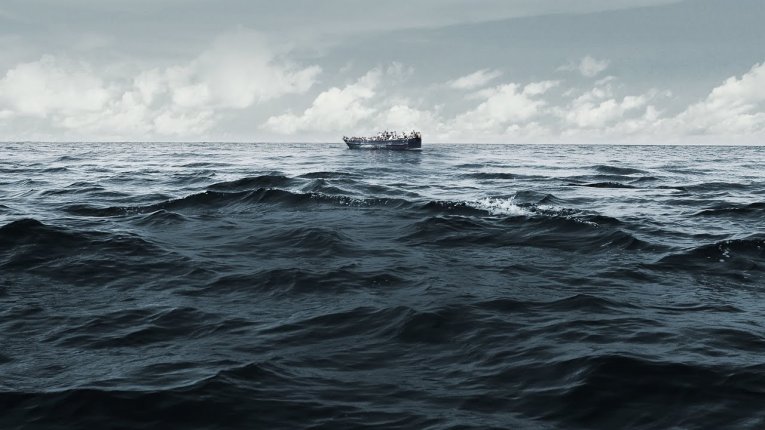 Pictured above: Fire at Sea

For those who are unfamiliar with the Australian government’s responses to refugees seeking asylum on Australian soil, discovering the extent of the crisis will indeed be alarming. Though the film alludes to the magnitude and the inhumanity of the problem, it focuses instead on raising international awareness and trying to combat what’s known in Australia in relation to this issue as “compassion fatigue”.

It is difficult to explain "compassion fatigue", but Australian governments and news outlets have been using the so-called crisis as a political pawn for almost twenty years now. Allow me to take you through a potted history of successive Australian governments’ actions and policies, those that have led to such a term. 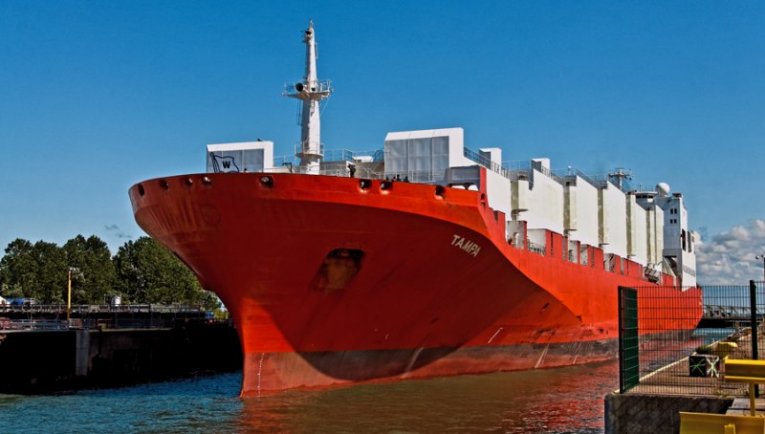 In 2001, under the stewardship of then Prime Minister John Howard, Australia refused to allow Norwegian freighter MV Tampa to enter Australian waters. Aboard there were 433 refugees, predominantly from Afghanistan, and a crew of five. Australia’s actions were condemned by Norway for its failure to meet its obligation towards distressed mariners under United Nations’ international law. This event led to divisive media coverage and political controversy in the immediate lead up to a federal election.

Following the Tampa affair, Howard’s government introduced the ‘Border Protection Bill’ and what is known as the ‘Pacific Solution’. In short, this was the start of the Australian Defence Forces intercepting boats en route for Australia and taking them to Nauru and Papua New Guinea (PNG) for “offshore processing”. The building of the Christmas Island detention centre was commissioned by John Howard during this time.

With his hard line approach to immigration, John Howard went on to win the election with a clear majority.

Presumably because the Afghanistan civil war was ending and the War in Afghanistan (also known as the “War on Terror”), was kicking off at the time, news of Australia’s plans and implementation of what are now known as offshore detention centres for refugees went largely unnoticed in the early 2000s. 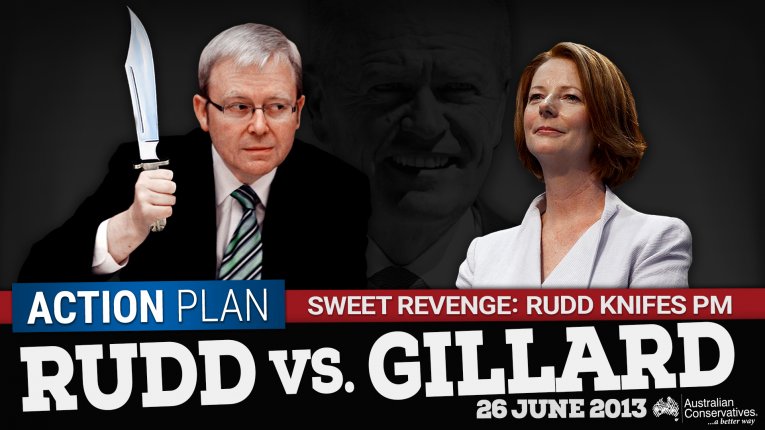 In 2008, Kevin Rudd had largely dismantled these policies but, usurping Rudd in 2010, Julia Gillard cracked down on immigration to win popularity among a party and public already divided. By late 2012, she had re-opened the centres on Nauru and Manus Island in PNG. Among the various political spills and changing governments that ensued, the detention centres stayed open and legislation along with human rights violations only got worse.

In 2013, when Kevin Rudd was (albeit briefly) once again Prime Minister, he too turned hard-line on immigration and announced that any asylum seeker who arrives in Australia by boat will have “no chance of being settled in Australia as refugees.” The detention centre on Christmas Island was completed in 2008 and, under Kevin Rudd, the facility’s capacity increased to more than 2000 places from its original conception of 800.

It is not illegal to arrive in Australia by boat.

It is not illegal to seek asylum.**

UN Convention Against Torture and Other Cruel, Inhumane or Degrading Treatment or Punishment

Coverage of detention centres on Australian soil waned as the focus narrowed on offshore detention centres like Nauru and Manus Island. Despite Australia designing, financing and managing those systems, they continued to defer outrage from journalists and social workers regarding human rights violations and abuse – In 2015, when Tony Abbott was Prime Minister, one Guardian article revealed, “UN accuses Australia of systemically violating torture convention”. Australia has been a signatory to the United Nations Convention Against Torture and Other Cruel, Inhumane or Degrading Treatment or Punishment since 1989. Still, in setting up detention centres in remote locations and by hiding them from the public, Australia hoped to put the crisis in a literal box and throw away the key. 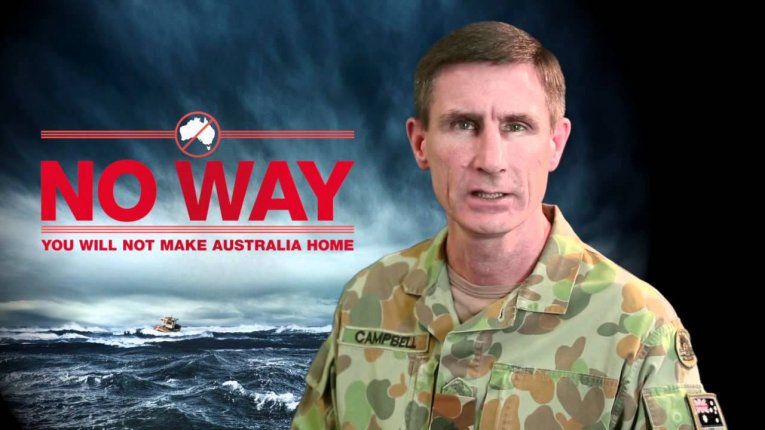 Just when you thought things couldn’t get any worse, a new Commonwealth law (which is illegal under UN international law) was passed. The Australian Border Force Act made it a criminal offence, punishable by up to two years imprisonment, for any member of the media or any other person or organisation (including social workers and health care professionals, but excluding the Immigration Department and other Commonwealth agencies such as the police and coroners) to reveal anything that they witness happening in offshore detention centres like Nauru and Manus Island. You can read more about it in this ABC report, “Border Force Act: detention secrecy just got worse”.

In the past two years many detention facilities have closed down, including on the Australian territory of Christmas Island, where Island of the Hungry Ghosts is set. So while the above goes some way to explaining why Australians are not shocked to see the extent of the trauma that detained refugees experience, Gabrielle Brady and Poh Lin Lee give us all some much needed personal and poetic insight into the humanity that lies behind the tiresome politics that cause compassion fatigue.

** Under the Migration Act 1958, people arriving without documentation are classed as unlawful non-citizens and currently subject to mandatory detention. However, in 1954 the Australian government ratified the United Nations Convention Relating to the Status of Refugees. Under Article 31 of the convention, the Australian government is legally obligated to grant anyone fleeing persecution and seeking asylum the right to enter the country by whatever means possible. Furthermore, the Article states that signatory countries are not to impose penalties on or indefinitely restrict the freedom of movement of those seeking asylum. Source: Refugee Council of Australia.

Island of The Hungry Ghosts Please note: This was screened in Jan 2019 Winner of the Best Documentary award at this year’s Tribeca Film Festival, this haunting and powerful tale moves between the famous natural migration of Christmas Island’s red crabs, and the chaotic and tragic migration of humans attempting to cross Australia’s border.  Find out more Conversations about Cinema We think cinema is the start of a conversation. Talking to you at our Box Office, in the Café & Bar, before and after the films, online on social media, and reading your comments on our noticeboard deeply enriches the way we all understand the films we’re watching.  Find out more