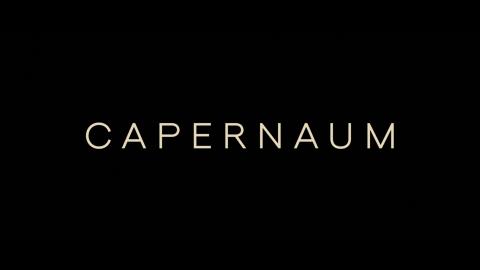 Winner of the Grand Jury Prize at Cannes (and recently nominated for Best Foreign Film at the Oscars®), this heartbreaking and defiant film tells the story of a poverty stricken Lebanese boy who sues his parents for the crime of giving him life.

12 year old Zain lives with his family in Beirut – a city that, for a boy like him, is a place without peace, mercy or order. Deeply angered by his poverty, his parents’ failure to protect him from it, and the desperate compromises they have made to get money, he runs away from home - where he forms an unlikely bond with an Ethiopian migrant and her young toddler. After committing a violent crime he is sentenced to five years in jail, where he confronts his parents about the life they have given him.

Lead by first-time actor Zain Al Rafeea, a Syrian refugee who gives a phenomenal performance (he received a 10 minute standing ovation at the premiere), Capernaum is an arresting look at crushed innocence and the link between poverty and anger.

The conversation continues with Capernaum Article by Tara Judah From Peace Activist Bjørn Ilher speaking out about Erik Poppe's Utøya last year, to our most recent discussion on American politics and the legacy of the War on Terror following Adam McKay's Vice, the conversation is really ramping up, and it's about to get even more intense as Capernaum comes to Watershed, Cinema Producer Tara Judah writes.  Find out more