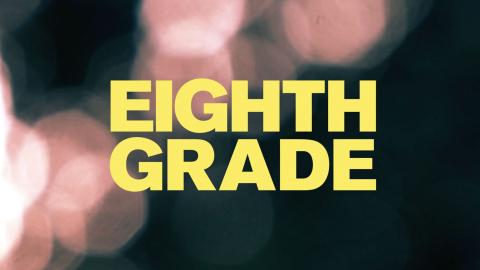 US comedian, actor, and writer Bo Burnham brings us his critically acclaimed feature film debut that takes a funny, distinctive, and refreshingly clear-eyed look at the tidal wave of contemporary suburban adolescence.

13-year-old Kayla (phenomenally played by Elsie Fisher) is in her last week of middle school. Unbearably awkward and riddled with anxiety, she’s struggled through the year, channelling her creativity and longing for connection into a confident online persona making YouTube advice videos that no one watches. As high school approaches, Kayla musters up all the positive thinking she can manage and embarks on a mission to turn her thus disastrous year around.

Hilarious, touching, and embarrassingly true to life, this is a wonderfully naturalistic and finely observed gem, powered by an incredibly sensitive and realistic performance from Elsie Fisher. It’s so grounded in the reality of being 13 that it almost operates like an uncomfortable yet nostalgic collective flashback – and reminds us we are all, ultimately, still terrified eighth graders at heart...

Eighth Grade: honesty, anxiety and the Internet Article by Julia Ray Eighth Grade is a frank look at the anxieties of a twenty-nine-year-old male comedian, through the eyes of a thirteen-year-old girl. It might sound odd but, Julia Ray writes, it works more perfectly than you’d think.  Find out more