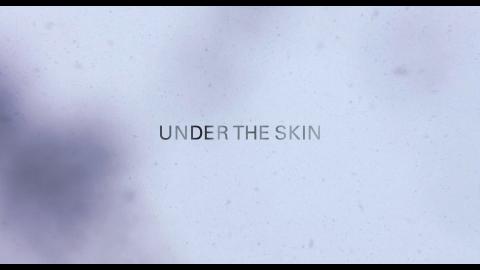 The alien walks among us in Jonathan Glazer’s radical blurring of fantasy and reality, surrealism and realism, starring Scarlett Johansson as a mysterious being luring men to their fatal end, in this brilliant sci-fi that’s got plenty to say about gender roles, sexism and the power of lust.

A voracious alien seductress scours Scotland's remote highways, backroads and city streets in a non-descript white van, searching for men to hunt and kill. This dark cycle is interrupted, however, when she meets a disfigured man, and unexpectedly starts to feel a new thing - compassion. Is this what it means to be human?

Under the Skin is all about experimenting with humans and Glazer’s inspired decision to shoot many of the film’s scenes of the alien on location, without the supporting actors prior knowledge, teaches us something about how we enact, react to, and deal with desire and the role it plays in human downfall. As Glazer says, "You see human behaviour. You see what we are, in those moments”.

High Life Please note: This was screened in May 2019 Claire Denis makes her English language debut with this strange, sexual and totally surreal sorta-sci-fi starring Robert Pattinson as a criminal on a mysterious space mission.  Find out more

Lost in Space Season To mark the release of Claire Denis' High Life, we revisit some of sci-fi’s most potent examples of the genre’s preoccupation with the effects of human isolation and the often terrifying ethical minefields these intergalactic voyagers have to navigate.  Find out more