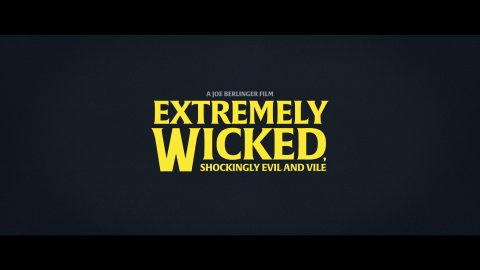 Zac Efron delivers a performance that could redefine his career in director Joe Berlinger’s charting of the double life of Ted Bundy - one of the most notorious serial killers of all time.

1969. Ted (Efron) is crazy-handsome, smart, charismatic, and affectionate. For cautious single mother Liz Kloepfer (Lily Collins), the charming Ted seems like a match made in heaven, and she soon falls head over heels in love. A picture of domestic bliss, the happy couple seem to have it all figured out until, out of nowhere, their perfect life is shattered when Ted is arrested and charged with a series of increasingly grisly murders. Concern soon turns to paranoia—and, as evidence piles up, Liz is forced to consider that the man with whom she shares her life could actually be a psychopath.

Based on Kloepfer’s real life memoirThe Phantom Prince: My Life With Ted Bundy, the violence remains mostly off screen, focussing instead on the domestic lives of Liz and Ted before things begin to unravel. Anchored by some superb performances, Lilly Collins breathes a steely strength into her nuanced portrayal of a single-mother living with a monster, while Efron’s turn is masterful, exploring the full range of Bundy’s charm and malice.