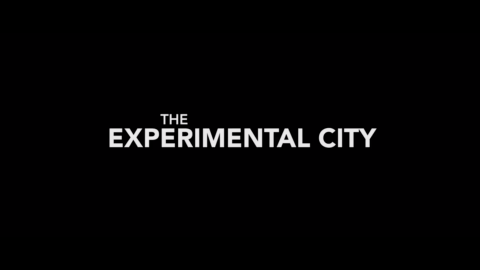 The Minnesota Experimental City (MXC) project was a futuristic attempt to solve urban problems by creating a full-size city from scratch in the isolated woods of northern Minnesota.

At the heart of the story is renowned scientist, inventor and comic-strip author Athelstan Spilhaus who – concerned about growing urban pollution, urban decay, ‘white flight’ to the suburbs and a growing US population needing the equivalent of 12 new cities annually – dreams of a new kind of planned city that continuously changes to find workable urban solutions.

This new city, for 250,000 residents, would employ the newest technologies in communications, transport, pollution control and energy supply in an attempt to create more liveable cities for the twenty-first century. It was a compelling vision, with powerful backers, hundreds of experts, and its own state agency. Despite gaining support and funding, it failed. This film tells its story.

Cities, Future Cities, and Film Season A series of screenings from Festival of the Future City including classic utopian films about cities; cities in silent cinema; documentaries on New Towns, democracy, the housing crisis and the anthropocene.  Find out more