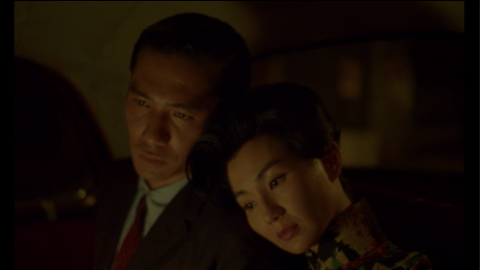 We are delighted to present this season of one of cinema's great stylists Wong Kar-Wai. With his lush and sensual visuals, pitch-perfect soundtracks, and soulful romanticism, Wong Kar Wai has established himself as one of the defining auteurs of contemporary cinema. Over the past few years, Wong Kar-Wai has gone back to his early films to restore them for a new generation of audiences to see afresh in the cinema. He has taken quite a radical approach to this process saying the following:

“As the saying goes: “no person ever steps in the same river twice, for it’s not the same river and they are not the same person.” Since the beginning of this process, these words have reminded me to treat this as an opportunity to present these restorations as a new work from a different vantage point in my career. Having arrived at the end of this process, these words still hold true. I invite the audience to join me on starting afresh, as these are not the same films, and we are no longer the same audience.

Joined by such key collaborators as cinematographer Christopher Doyle; editor and production and costume designer William Chang Suk Ping; and actors Tony Leung Chiu Wai and Maggie Cheung Man Yuk, Wong (or WKW, as he is often known) has written and directed films that have enraptured audiences and critics worldwide and inspired countless other filmmakers with their poetic moods and music, narrative and stylistic daring, and potent themes of alienation and memory. Whether tragically romantic, soaked in blood, or quirkily comedic, the seven films in this season are an invitation into the unique and wistful world of a deeply influential artist.

The films we are screening which have been restored are Chungking Express, In The Mood for Love, Happy Together and Fallen Angels. The restored elements are listed in each film's page.

classified 12A S Wong Kar Wai
Read More
Please note: This was screened in Aug 2021
Film
A sequel of sorts to In The Mood For Love, 2046 delves into the pain of romantic heartache and the emotional wreckage it leaves behind.
Read more 2046

classified 15 S Wong Kar Wai
Read More
Please note: This was screened in Aug 2021
Film
One of the most searing romances of the 1990s, Wong Kar Wai’s emotionally raw, lushly stylised portrait of a relationship in breakdown casts Hong Kong superstars Tony Leung Chiu Wai and Leslie Cheung Kwok Wing as a couple traveling through Argentina falling in and out of love.
Read more Happy Together

In The Mood For Love

classified PG S Wong Kar Wai
Read More
Please note: This was screened in Aug 2021
Film
Prepare to be dazzled by Wong Kar Wai’s elegant and breathtaking masterpiece, a heartbreaking story of illicit love that pulses with the ache and agony of repressed desire.
Read more In The Mood For Love

classified 15 S Wong Kar Wai
Read More
Please note: This was screened in Aug 2021
Film
Swinging between hard-boiled noir and slapstick lunacy with giddy abandon, the film is both a dizzying, dazzling city symphony and a poignant meditation on love, loss, and longing in a metropolis that never sleeps.
Read more Fallen Angels

classified 12A S Wong Kar Wai
Read More
Please note: This was screened in Aug 2021
Film
This bright and breezy comedy was Wong’s international breakthrough hit, now one of the defining works of 1990s cinema. Composed of intersecting love stories about two brokenhearted policemen and the women they fall for, it is funny, breathlessly inventive and dizzyingly romantic,
Read more Chungking Express

Days of Being Wild

As Tears Go By