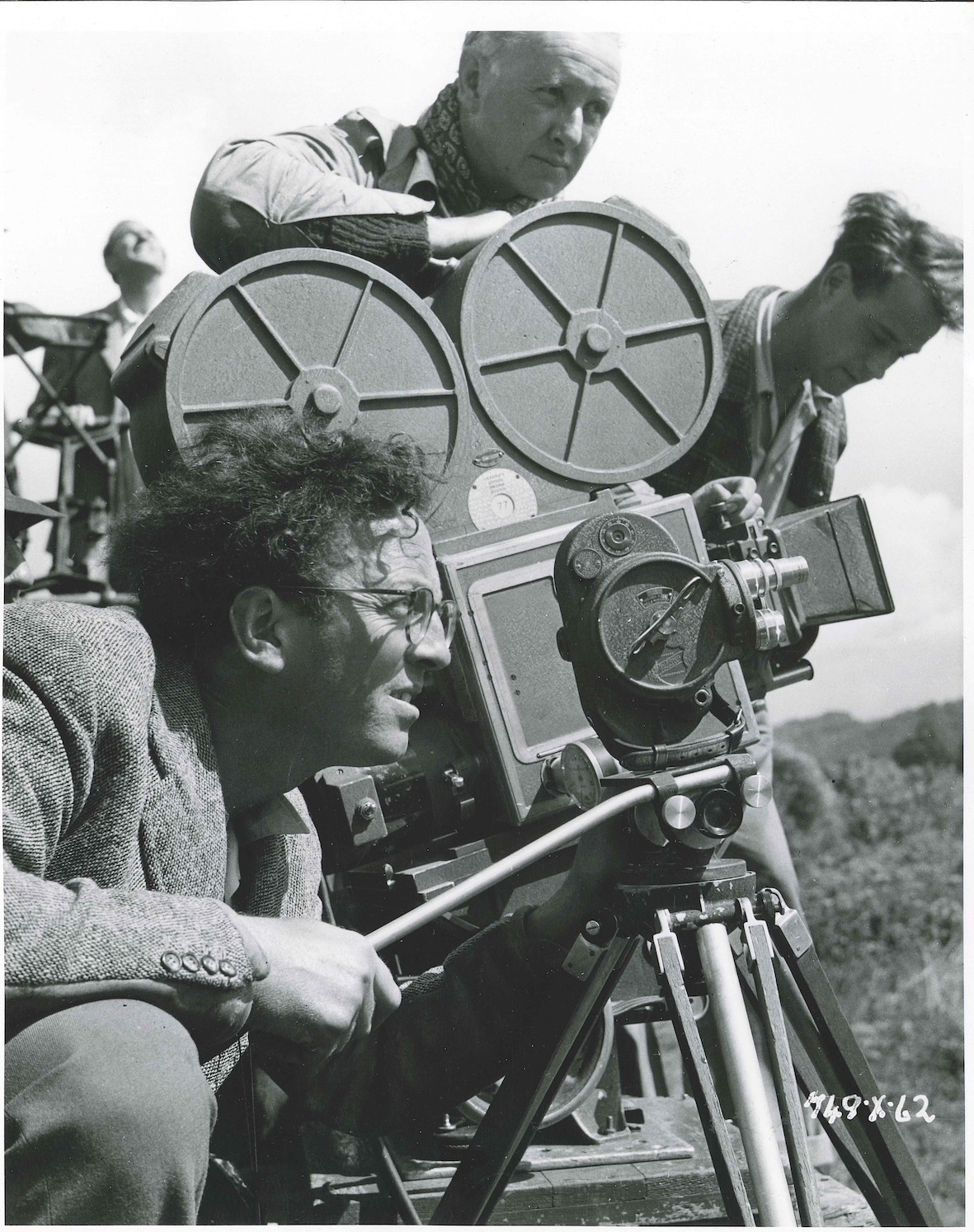 To say that cinematographer Douglas Slocombe (1913 -2016) had a varied film career would be a huge understatement. Even from early on in his career Slocombe’s adventures behind the camera would become the stuff of legends. So much so that an entire page of Sight & Sound in 1940 (the Summer 1940 issue) was dedicated to his encounter with Joseph Goebbels during a Nazi rally on the eve of the Second World War, an encounter from which Dougie narrowly escaped with his life. A nod to this face to face meeting could well have been the inspiration for Indiana Jones’ very own chance encounter with Adolf Hitler at a pre-war Nazi rally in Indiana Jones and the Last Crusade (1989), which was Slocombe’s final film. It is fitting that these two dramatic scenes, one from Dougie’s real life and the other from one of his films, bookend an incredible film career that lasted 40 years and included 80 films. A film career that very much defines one of the greatest, possibly the greatest, cinematographers that ever lived.

Slocombe’s first time behind a movie camera was working with the American documentary filmmaker Herbert Kline for his film Lights Out in Europe (1940). “It was a baptism of fire” he later recalled to writer and broadcaster Matthew Sweet, “in terms of film and war”. Slocombe returned to Britain and took up a position as a Second World War cameraman for The Ministry of Information. A position which was paid for by Ealing Studios as they had an agreement which allowed them to use Slocombe’s footage in their own war films such as The Big Blockade (1942), Ships with Wings (1942) and San Demetrio, London (1943).

This was the start of a seventeen-year relationship between Slocombe and Ealing Studios which saw his work flourish from the first film. By the end of his time at Ealing he would light some of the studio’s most celebrated titles, including Dead of Night (1945), The Captive Heart (1946), Hue and Cry (1947), It Always Rains on Sunday (1947), Kind Hearts and Coronets (1949), The Lavender Hill Mob (1951), The Man in the White Suit (1951) and The Titfield Thunderbolt (1953).

After the fall of Ealing Studios in the late 1950s, Slocombe continued to find projects which were both creative and challenging for him. The much forgotten The Smallest Show on Earth (also titled Big Time Operators, 1957) which was set in a dilapidated cinema and co-starred Peter Sellers and Margaret Rutherford is a clear example of this. Slocombe’s work in the film shows his incredible understanding of how to manipulate the use of light and shadow with equal measure. Other titles which reinforce his understanding of light can be seen in other black and white films of the time; John Huston’s much underappreciated Freud: The Secret Passion (1962), Joseph Losey’s far more celebrated The Servant (1963) and Bryan Forbes’ The L-Shaped Room (1962) are far better films due to Douglas Slocombe’s use of light.

New and far bigger challenges appeared later on in his career with large scale productions such as The Blue Max (1966), The Lion in Winter (1968), The Italian Job (1969), The Great Gatsby (1974), Julia (1977), Rollerball (1975) and the original Indiana Jones trilogy (1980 – 1989) and for each one of these films Slocombe was able to bring out the best. Slocombe made his mark whether it was an epic WWi battle on the ground or in the sky, multi-coloured Mini Coopers racing through the streets and roof tops of Turin or Indiana Jones running for his life.

Dougie’s skill as a cinematographer was noted in all ofhis obituaries after his passing in February of this year at the age of 103. They all realised that we had all, at some point in our lives, seen both action and adventure through the eyes of one of the true greats of cinema, Douglas Slocombe.

Celebrating Slocombe begins with a series of Sunday Brunch screenings throughout July, culminating with two special screenings over the Cinema Rediscovered weekend including the world premiere of the new restoration of Lion in Winter on Thursday July 28th.