Skip to main content
Search the site
Found in: Conversations about Cinema

On the 20th July 1973, Bruce Lee died from a brain edema believed to have been caused by an allergic reaction to a pain medication. He was thirty-two years old. I’m thirty-four, and Bruce Lee died more than ten years before I was born.

So how did a Chinese-American martial artist, who only made four films, become a global phenomenon? In introducing martials arts to millions he continues to inspire people to this day, myself included.

In a time when tribalism and nationalism is on the rise, many are drawn to figures like Bruce Lee whose only aim was to unite people.

Whether it was his mixed-race heritage (his mother’s father was a Dutch Jew), his interest in Western and Asian philosophy (that he studied at the University of Washington) or his love of the cha-cha (1958 Hong Kong champion!), Bruce Lee always believed in inclusion.

When he moved to the United States, in part to escape local trouble from his frequent street fighting, he wanted to bring his love of martial arts and Asian culture to the West. However, he found himself subject to resistance from the Chinese community owing to his ethos of teaching martial arts to whomever wanted to learn, whether they were white, Asian or black. And it wasn’t only the Chinese community that ostracised him.

Despite racist practices of the time, Bruce fought every prejudice that stood in his way in bringing kung fu to the masses. His role as Kato in The Green Hornet series brought him legions of fans, and famous students including; Steve McQueen, James Coburn and George Lazenby. But Hollywood was still resistent to the idea of an Asian leading man. This is why Lee’s dream project, the TV series Kung Fu, ended up going to David Carradine, complete with awkward "Asian-eye" make-up.

Luckily, studios in Hong Kong had no such reservations and, with The Green Hornet having a decent-sized fanbase in Asia, they capitalise on Bruce’s popularity to make the incredibly successful films The Big Boss and Fist of Fury. 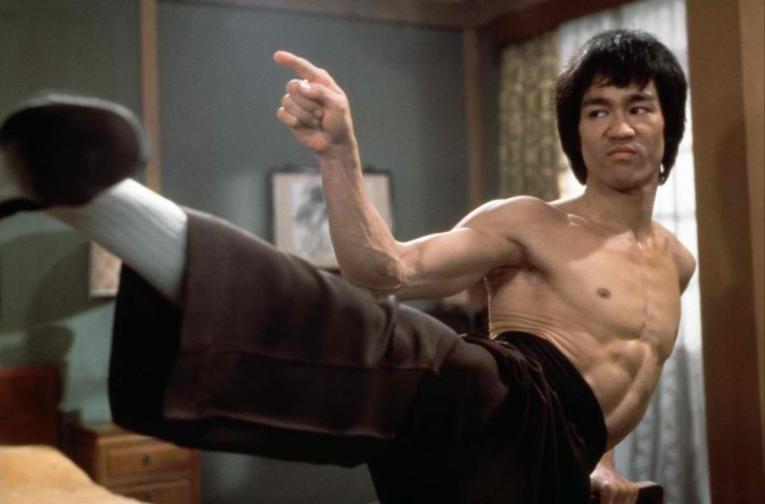 While it catapulted Bruce to a whole new level of fame in Hong Kong, he still wanted to bring his love of Asian culture to the West. His directorial debut, Way of the Dragon, shook off the traditional trappings of Hong Kong and was shot in Rome, with the final fight scene against Chuck Norris filmed in the Colosseum. The result is a wonderful combination of East meets West. Bruce tried to reinvent the genre that was so often confined to Hong Kong studio back-lots.

But it was Enter The Dragon that would make him Hollywood’s first Asian superstar. Warner Brothers recognised his cross audience appeal, for both Eastern and Western viewers, and teamed up with Hong Kong’s Golden Harvest studios to make the picture now known as Enter The Dragon. Traces of the reluctance to put an Asian lead front and centre can still be seen, however, as Bruce had to share his spotlight with actors John Saxon and Jim Kelly. 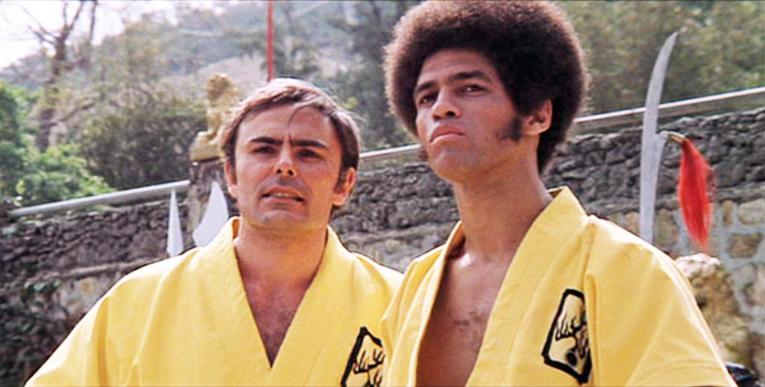 The film would go on to be a smash-hit, but Bruce would never see himself become the culture-spanning icon he dreamed he might be. He died a month before the film was released.

With so much conversation in cinema focusing on diversity, it’s important to recognise that the struggle has raged for decades. Yes, Bruce Lee opened the door for Asian stars like Jackie Chan, Donnie Yen and Chow-Yun Fat, but Hollywood still likes to keep Asian actors within certain genres; action? fine, rom-coms? not so much. Although maybe this is set to change, starting with Crazy Rich Asians.

Perhaps it’s because, like my Asian father, Bruce Lee married a Western woman that I feel some sort of kinship with him. Or maybe it’s because his tolerance and embracing of other cultures allowed him to create his own style of martial arts: Jeet Kune Do. Or, it could be because there is no screen action legend more iconic than Bruce Lee. Whatever the reason, it is a tragedy that he left this world so soon. There is and always will be only one Bruce Lee.

Enter the Dragon Please note: This was screened in July 2018 Bruce Lee remains one of cinema’s most iconic and enduring figures. To mark 45 years this month since his tragic death and to celebrate his life and legacy, join us for this special screening of his final, and most enduring, film.  Find out more Conversations about Cinema We think cinema is the start of a conversation. Talking to you at our Box Office, in the Café & Bar, before and after the films, online on social media, and reading your comments on our noticeboard deeply enriches the way we all understand the films we’re watching.  Find out more