Writing in the wake of the Harvey Weinstein allegations back in October 2017, filmmaker Nina Menkes hit on something crucial. “An entire culture of visual language supports and encourages this system, justifying both the perpetrators’ actions and the victims’ humiliated silence. It is essential that this visual code of oppression be exposed and understood,” she wrote in Filmmaker Magazine, “And although these directors are considered auteurs with their own distinct styles, and their films represent very different stories and genres, there is a stunning consistency, and frankly, a total lack of originality around the way these men use lighting, angles, POV and framing to formally disempower women on screen.” Her article, which became Filmmaker Magazine’s most popular article of the year, led to her turning what was once just clips shown to her students at CalArts into the feature length documentary Brainwashed: Sex-Camera-Power, which premiered at Sundance Film Festival earlier this year.

Menkes’ mission – in writing, teaching, and making films – is to access and activate an alternative to what Laura Mulvey’s seminal article Visual Pleasure in Narrative Cinema brought to light: the male gaze. Menkes’ own films, fiercely and defiantly independent, in their unwillingness to yield to mainstream aesthetics, content or form, offer an alternative to this voyeuristic male world view that sees women as objects to be enacted upon. Instead, her films take what Mulvey called a female character’s “to-be-looked-at-ness” and look at that idea, constructing new and alternative meanings. 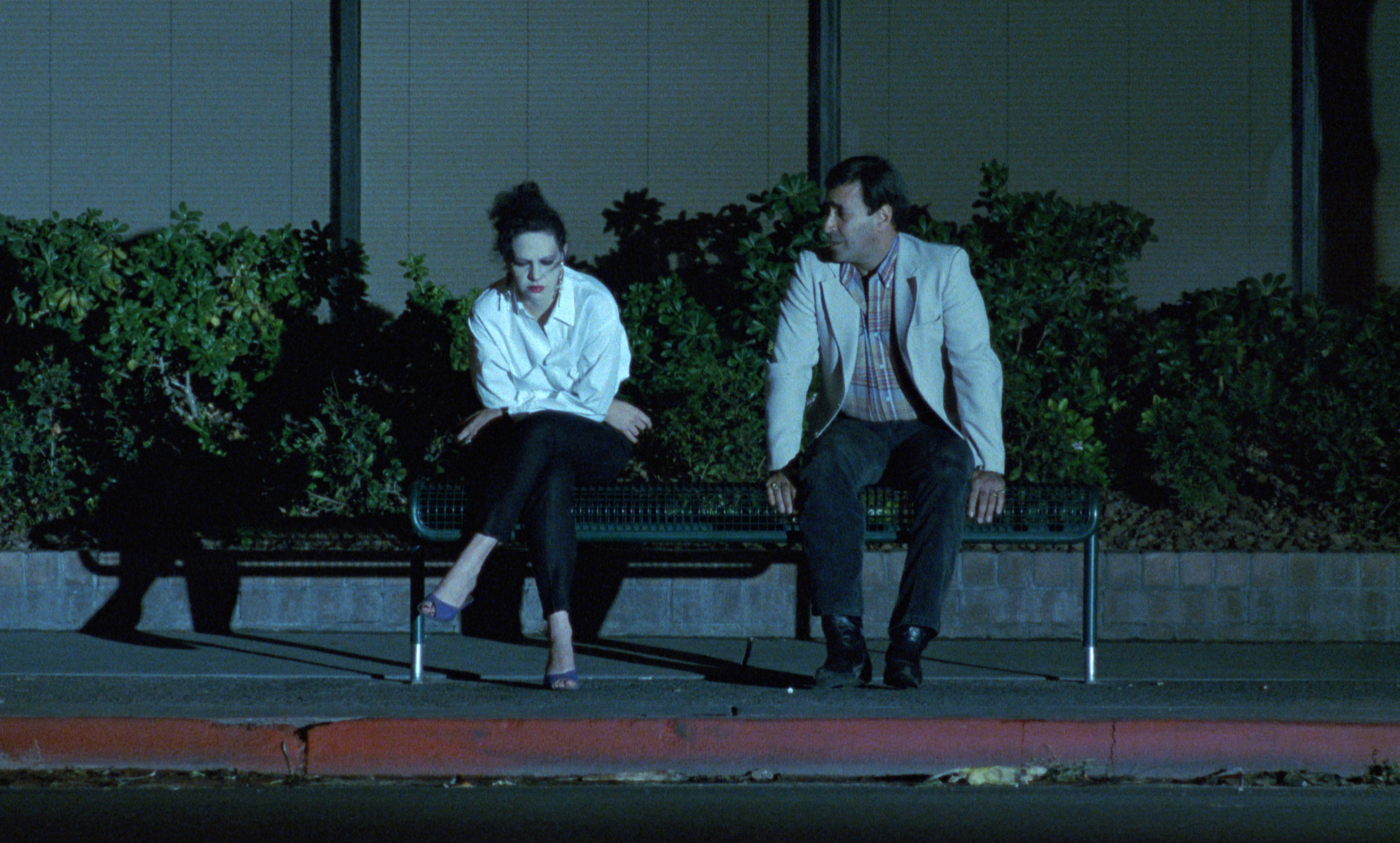 Queen of Diamonds (1991), an ethereal, even existential portrait of a female croupier, was re-released in 2019 following its 4K restoration by the Academy Film Archive and The Film Foundation, with funding provided by the George Lucas Family Foundation. The restoration, which first premiered in New York at BAM, is stunning. The film, which is a slow burn, like the final few hours of an all-night bonfire, holds our gaze while interrogating it. Menkes’ film, which is as strange and spicy as it is probing and polemic, takes traditional tropes, characters and motifs and turns them on their head, inviting us not only to look again but to re-examine and re-frame how we are looking. The results are daring, abrasive and quietly radical.

From the very start, Menkes holds our gaze much longer than decades of cinema history has us expect. What might constitute a few seconds in a Hollywood film – a close-up on long, artificial red nails, a chunky ring, a wristwatch and a clump of hair on a pillow – stays on screen for what feels like minutes. Seconds tell us it signifies ‘woman’, but this elongated image asks us to think about what we are really looking at. What, Menkes appears to be asking us, is the DNA of this shot? 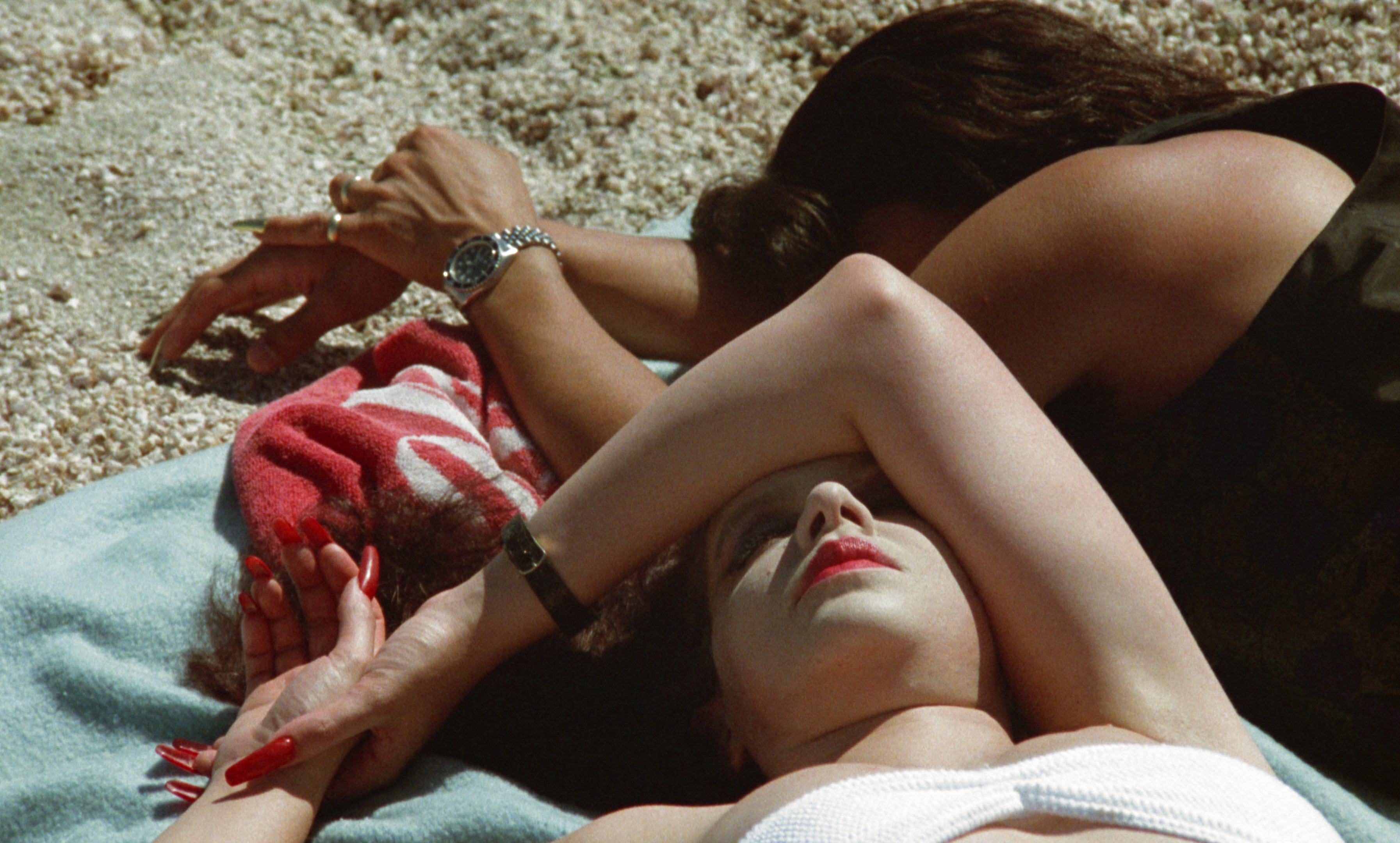 This is the first of many instances in the film whereby we don’t just look but, instead, are asked to reconsider the image (be that through duration, composition or framing) or to witness the act of looking within the world of the film and, instead of taking on its gaze, interrogate it. One such example is when the film’s protagonist, Firdaus (played by Menkes’ sister Tinka), leaves the frame of a two-person shot to get a bowl of water. Instead of following her action - which is what Hollywood has us expect – we stay in the room, awaiting her return, much like the old man she is caring for, who is immobile, lying in bed, until she, and therefore the action of the scene, returns. His stasis is not there for us to align with, however, it is simply something for us to witness. He can’t see her, and neither can we. He is uncomfortable and lonely without her presence – is this an instance whereby we also feel abandoned? Or can we be comfortable with a film that doesn’t follow a woman’s every move? It doesn’t preference her “to-be-looked-at-ness” and, instead, focuses on the meaning that exists in the absence of a woman as beautiful object in the frame.

If this were a film noir (which the simmering tone and Tinka’s dark hair, pencil skirt, red nails and lips occasionally allude to) Firdaus would be a femme fatale but, here, she is simply a croupier, a carer and a person living a mundane life in a cheap motel. Emptiness and silence exist where mystery is expected, and there is, more often than not, direct sound and stark lighting instead of the emotional music cues and over lit soft focus close-ups Hollywood and the mainstream so often have us hearing and seeing when a woman appears or speaks onscreen. As if to make the point even clearer, Menkes has Firdaus file a missing person’s report for her husband, who we learn has been gone for three months. But, instead of playing the flustered femme, Tinka plays the part with the same reserve as everything before it, leaning casually to the right of frame, uninterested in whether or not her husband is reported missing or, presumably, ever found. Eventually, she walks out on the idea altogether, leaving the plot point – and the entire noir genre – hanging, like the low-bearing gendered fruit it is. 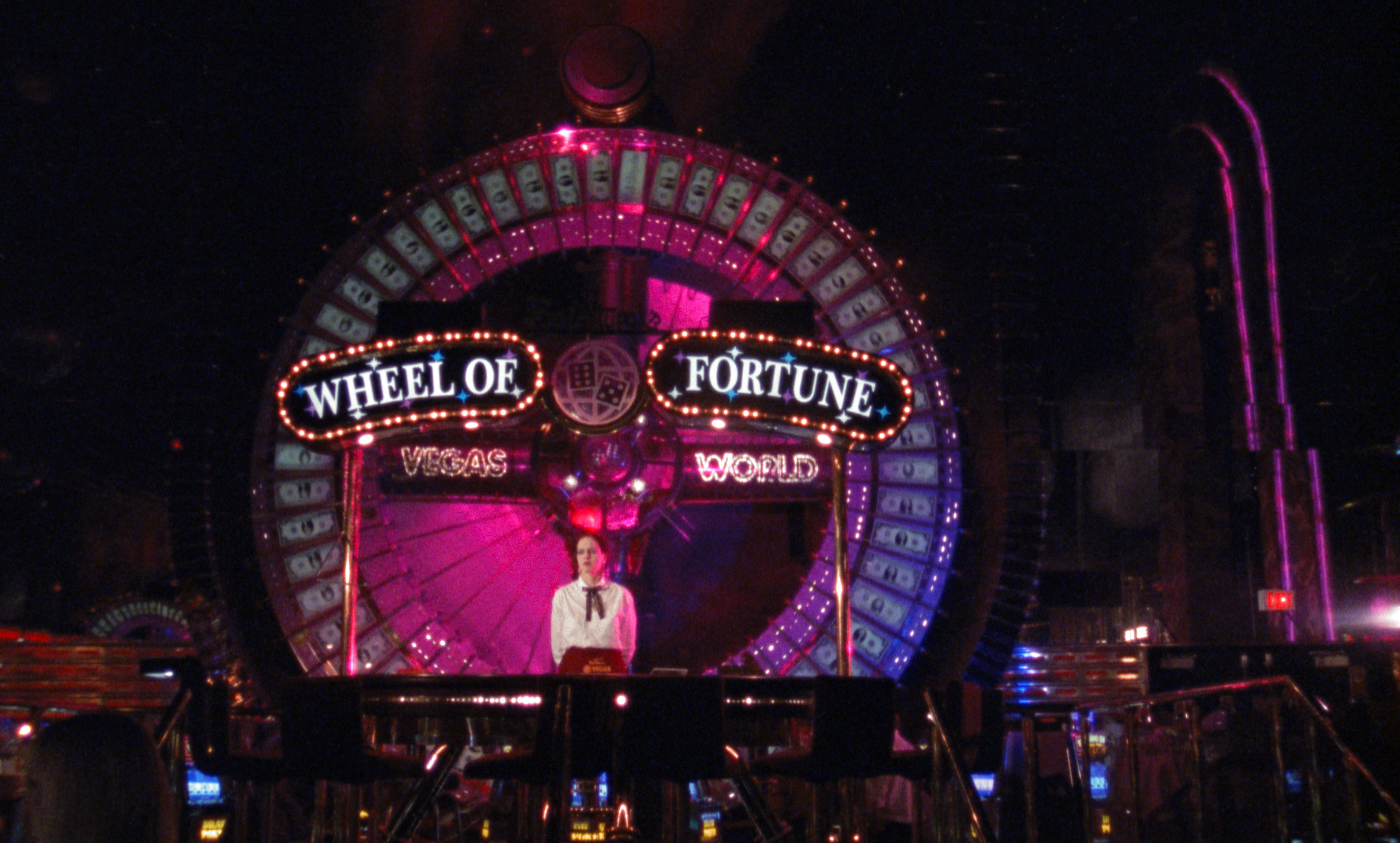 Sometimes, Menkes has us watch Firdaus deal cards, cutting between a mid-shot where she simply stands, as a worker, amid the fluorescent casino lighting and the unglamorous, everyday people playing blackjack at her table, and the close up of her hands, administering cards across the table. At other times, Menkes has us watch this same action from behind Firdaus, as if she were simply part of the furniture, and not the centre of our focus or even the star of the scene at all.

Menkes, a fierce advocate for independent feminist filmmaking, made Queen of Diamonds after abandoning her own preconceived ideas - of what Las Vegas and the life of a croupier would be like. In an interview for Screen Slate she revealed, “I went there and I was actually confronted by the fact that the concept that was in my mind of these high-end casinos with chandeliers and velvet couches or whatever was completely not Vegas.” But the reality of the situation, much like a male gaze turned around, gave rise to something far more intriguing, “And I thought, Oh no, this is all wrong, because it didn’t fit my idea. And then I went through this process thinking, Oh my god, but what is here is so incredible. That was a case where my inner image clashed with reality and formed a new thing, which was Queen of Diamonds.”

Queen of Diamonds + Q&A with Nina Menkes Please note: This was screened in July 2022 One of the most jarringly original independent films of the 1990s, Nina Menkes’ lost underground classic re-emerges in this gorgeous new restoration.  Find out more