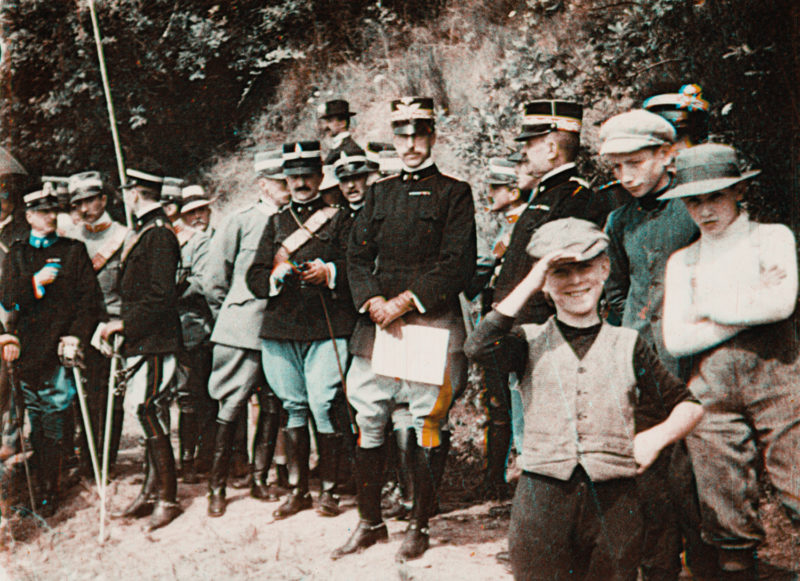 Silent cinema was full of colour.

It’s important to state this clearly, as decades of poor TV broadcasts, ropey home video releases, and low grade Youtube uploads means it’s easy to presume that alongside the mute dialogue, the pallet and presentation might have been muted as well.

The reality was that much of cinema before the coming of sound was tinted or toned with special dyes, while others were coloured by hand, or using specially engineered stencils. An even rarer British process called Kinemacolor managed to capture the world in a two-tone splendour of red and green. It is especially exciting then that a programme which includes this most rarefied colour process will be screened at the upcoming Cinema Rediscovered, with titles direct from the L’Immagine Ritrovato labs in Bologna.

The absence of colour in the silent cinema which survives to this day is in large part due to the fragile nature of film itself, and the constraints on being able to preserve these original tones. With the Library of Congress estimating 75% of all silent features are already lost, the urgency to preserve film has always been felt by archivists, even if the technology to faithfully do so has not been able to keep up with the material’s steady deterioration.

Preserving colour tinting and toning was particularly difficult using analogue techniques, and in their efforts to ensure films would not be lost forever many archivists chose to make new ‘safety prints’ of silent films, even if in so doing they were unable to preserve the colours which brought the feature to life in the first place. An unenviable choice for film preservationists, but ultimately an understandable one in the race against time.

The new era of digital restoration has on many levels made the reintroduction of accurate tints and tones a lot easier, but it is by no means as easy as flicking a ‘turn red’ or ‘turn blue’ switch in Photoshop. The art of digitally colour grading historic restorations is a complex and still emergent discipline, and its effect is just as important in a silent film restoration as it is in a more contemporary restoration like The Lion in Winter (1968) or Merry Christmas Mr. Lawrence (1983). The effect has to reflect the intentions of the original creative team behind the film, seeking to restore the visual impact of watching the film without making it look like your grandparents have just turned up the ‘COLOR’ on your television remote control.

The Kinemacolor restorations then provided a difficult restoration challenge, whereby the team of digital colour graders at L’Immagine Ritrovato had to faithfully restore a pre-WW1 view of the world which was already filtered through two limited colours. A most literal rose (and green) tinted view of the past! The resulting Kinemacolor films presented in this programme offer a unique and at times vivid window on the past, a new dimension on a period of history which once felt quite distant, and which now thanks to these films, feel a little bit closer.

Il Cinema Ritrovato: In Search of Colour screens on Friday July 29 at 1.30pm as part of Cinema Rediscovered.

This event is presented by Bologna’s Il Cinema Ritrovato the inspiration for Cinema Rediscovered with thanks to Cineteca Di Bologna.