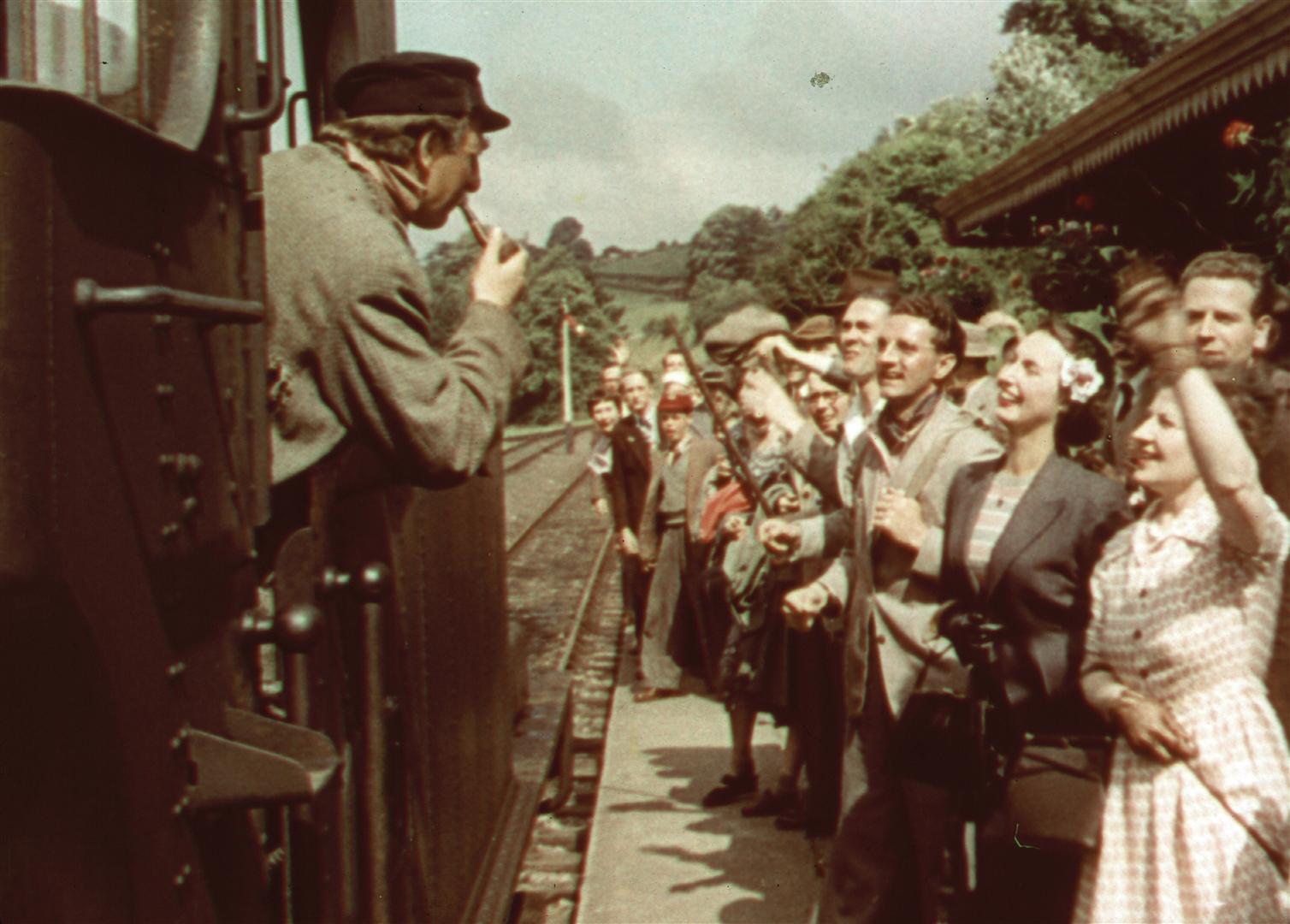 In the spring of 1952 a car was making its way through the lanes of the Somerset countryside. Seated in the car were film director Charles Crichton and cinematographer Douglas Slocombe. The pair were on the look-out for the perfect country railway track, a possible location for the latest Ealing Comedy. Everything was already set; the stars had been chosen, the screenplay and the scripts were being finely tweaked in Ealing, and filming was already scheduled for the summer of 1952 with hopes that the film would be completed and released by the spring of the following year. But the production didn’t have its most important ingredient: the film’s location.

The story of The Titfield Thunderbolt actually goes back to the spring of 1951, when regular Ealing writer T. E. B. Clarke (Hue and Cry, 1947, Passport to Pimlico, 1949, The Blue Lamp, 1950 and The Lavender Hill Mob, 1951) was on holiday in North Wales: “I found myself standing on a station of the narrow-gauge Talyllyn Railway, blinking incredulously at a notice which said, ‘Volunteer Platelayers Required’. Curiosity had to be satisfied, and my inquiries brought the information that this was a private line run through the summer months by railways enthusiasts from all parts of the country, who spent their holidays as engine-drivers, firemen, guards or booking clerks. Thus was born the idea of The Titfield Thunderbolt”

After seeing Clarke’s draft proposal, with some elements influenced by the Talylln railway manager's published book Railway Adventure (1953), Ealing boss Michael Balcon green lit the project. Its subject matter was very much in keeping with the classic Ealing style and it cried out with the essence of little people against industry, a theme that ran through earlier Ealing films Cheer Boys Cheer (1939) and Passport to Pimlico (1949).

There was one slight problem, however, trying to find a big enough location - one that included a good few miles worth of track as well as a train station. To top it all off they needed to have classic British countryside as a backdrop (perfect for Technicolor). They seemed to be asking too much. The inspirational Talyllyn Railway did not meet the criteria and other locations in and around London didn't seem to match with what the production were looking for. There was no way they would be able to do everything they wanted if they were to film in the confines of Ealing Studios. Adverts were printed in national and local newspapers to find the most suitable location.

Within the course of a week of the adverts going out, they found it.

The location ended up being a seven mile stretch of line between Limpley Stoke and Camerton. When Crichton and Slcombe recced the disused line and train station they realised they had found their Titfield. Slocombe, armed with a 16mm Ben & Howell colour camera shot a number of sequences in the area, giving a general idea of the surroundings for the rest of the team back at Ealing. That footage still survives today.

Filming lasted 6 weeks from June into July with members of the general public straining to see what was happening in and around Limpley Stoke. Crowds were held back at Britsol Temple Meads as the crew filmed sequences which doubled as Titfield’s local town. Filming was also frustrating at times; due to the very bright, sunny weather they had throughout the summer they had to stop filming intermittently, a rogue cloud blocking the light from the sun, messing up Slocombe’s light continuity.

After the success of Slocombe’s work on Ealing’s first colour film, Saraband for Dead Lovers (1948), he returned to colour by making Ealing’s first ever comedy in colour. The plan was simple: Crichton wanted an idealised country village set within an even more idealised English countryside, which Slocombe delivered. Taking possible influences from the famous national railway posters, Slocombe gave The Titfield Thunderbolt the essence of nostalgia that both Balcon and Crichton were after.

Slocombe later told writer and broadcaster Matthew Sweet, “It was a fun film to make. it was fun because we had our own railway. Also, one could feel when making it that this was a bit of old England that was going forever - but I was very conscious of the beauty of the English countryside.”

Filming on location also gave Slocombe the chance to free himself from the prying eyes of Technicolor’s 'quality control team’ who would intervene on London film sets if they thought the director of photography wasn't sticking to Technicolor standards, something he had to contend with when filming Saraband for Dead Lovers. This time around, Slocombe was lucky, the QC team weren’t prepared to go out into the middle of the sticks.

What we end up with is a beautiful film - not Ealing’s best comedy, but most certainly their most beautiful and, if anything, it symbolised the true spirit of what Balcon wanted to do in the later history of Ealing Studios: to celebrate the lost English countryside.

From the Lumiere’s Arrival of a Train at La Ciotat (1895) to The Polar Express (2004), from The Lady Vanishes (1938) to Under Siege 2: Dark Territory (1995), the railway has always had an incredibly important place in the history of cinema. Many films have been celebrated, but there is only one film that has been celebrated by film and railway enthusiasts alike, Charles Crichton’s The Titfield Thunderbolt.

The Titfield Thunderbolt screens Sunday July 24th at 12pm as part of our Celebrating Slocombe season.