Something Must Break (Sat 28 July, 13:30) is the first fiction feature film by genderqueer Swedish filmmaker Ester Martin Bergsmark. The film is based on the semi-autobiographical novel You Are the Roots That Sleep Beneath My Feet and Hold the Earth in Place by Eli Levén, a trans artist. This is Levén’s second collaboration with Bergsmark, who was previously the subject of their poetic documentary She Male Snails (2012). The resulting Something Must Break is a character study of transgender warehouse worker Ellie (Saga Becker), who lives with friend Lea (Shima Niavarani) in a cramped flat in Stockholm and spends her free time in a haze of drink, drugs and empty sexual experiences, but longs for love and intimacy. 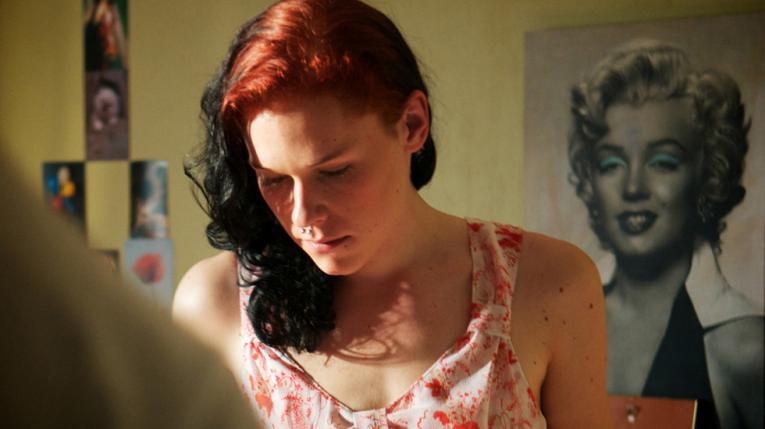 One evening, Ellie meets Andreas (Iggy Malmborg), who saves her from being attacked. The pair then tentatively drift into what becomes a steamily intimate and intensely passionate relationship. While Ellie defies gender norms - flouting convention in her androgynous fluidity - Andreas doesn’t see himself as anything other than a straight, cis-gendered man. The relationship for Andreas therefore creates internal turmoil and, consequently, between him and Ellie. As Andreas battles his feelings for Ellie and what that means for his so-called ‘heterosexuality’, Ellie becomes increasingly determined to be who she wants to be, even if that means walking away from Andreas.

The casting of the two lovers was a long and difficult process, particularly in the casting of Ellie, as Bergsmark still was developing the screenplay and was unsure as to whether the character of was going to be “genderqueer, a transwoman or an androgynous boy.” The film itself does not state under which one of these umbrellas the character falls, and that is precisely the point: Bergsmark does this to demonstrate the fluidity of gender and sexuality. 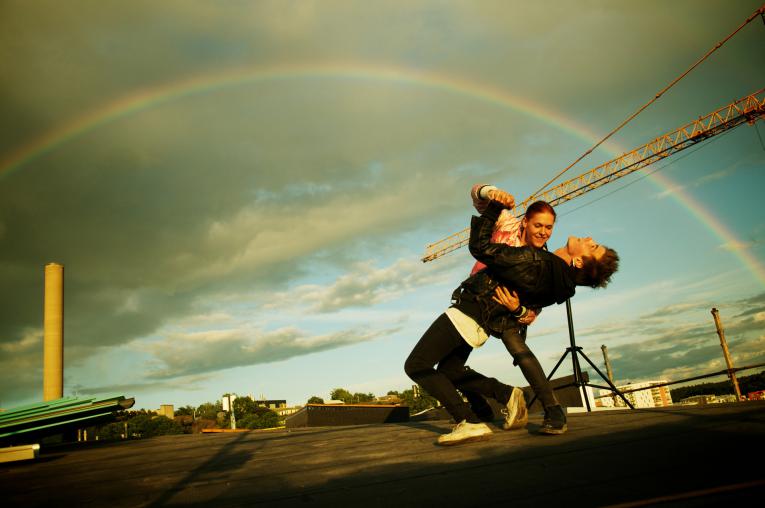 Ultimately, trans newcomer Saga Becker was cast as Ellie, and contacted Bergsmark after seeing the role advertised in a gay newspaper. When it came to casting Andreas, Bergsmark was drawn to the avant-garde performance artist and actor, Iggy Malmborg. Malmborg uses his body in his work to breakdown the barrier between the stage and the audience, through acts such as cutting himself and defecating on stage. In his first meeting with Bergsmark, he stated, “I want to be objectified. Take me!” This statement is reflected through the intimate nature of the relationship between the actors, the camera and the audience. Bergsmark has said,

“I want to challenge how we perceive things that we take for granted, by pointing the camera in directions the audience didn’t know they could look. They call for your hidden selves to step out into the open.”

Bergsmark captures the turbulent relationship between Ellie and Andreas through the juxtaposition between energetic, yet grim shots of Stockholm and dreamy nature sequences, focusing on Ellie’s blossoming transition. The result is an intimate and energetic picture of people looking for who they can be and are allowed to be.

Something Must Break (Sat 28 July, 13:30) screens as part of Cinema Rediscovered.

Something Must Break Please note: This was screened in July 2018 This striking modern romance tells the story of a transgender teen pushed to breaking point when love, life and labels collide.  Find out more Women on the Periphery Season Locating complex identities and searching for their place in a world that wasn’t always ready for them, this strand celebrates brave, bold, funny and warm storytelling from and about extraordinary women.  Find out more Cinema Rediscovered 2018 Join us for the third edition of Cinema Rediscovered - a chance to discover some of the finest new digital restorations, contemporary classics and film print rarities from across the globe where they were meant to be experienced - on the big screen.  Find out more