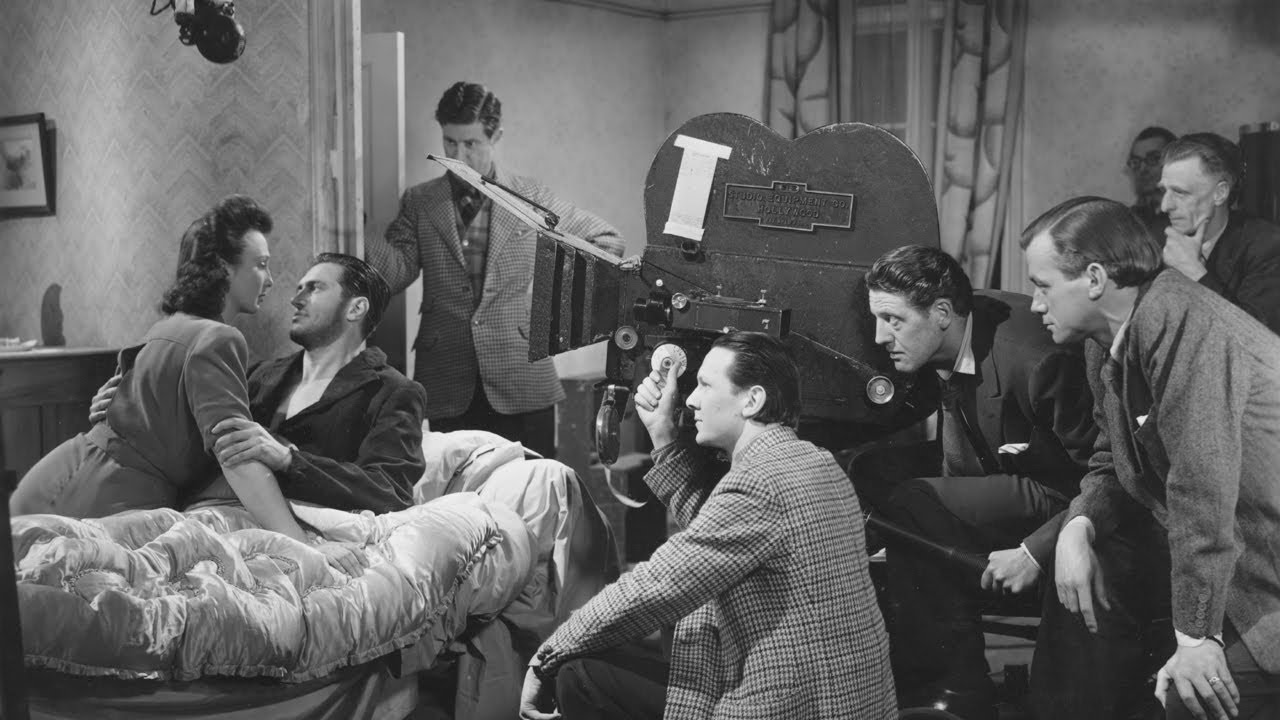 David Lean, Michael Powell, Alfred Hitchcock and Humphrey Jennings; four key names in the history of British Cinema. One drowned his mind in his epic surroundings, one turned traitor and left Britain for Hollywood, another was exiled from the industry while the last died way too young. Whatever their flaws or final outcomes, on which many have commented over the years, there’s no argument: these are the names that represent British film internationally. These four directors changed not only the face of British cinema but the way we looked at it in this country, too.

With names like these, it is easy to forget other directors. Specifically, the names of directors who were making films at the same time as these celebrated legends. You may or may not have heard these names before; Basil Dean, Cy Endfield, Walter Forde, Jack Clayton, Thorold Dickinson, Walter Summers, Maurice Elvey, Charles Frend, Charles Crichton and Basil Dearden (a list just off the top of my head) all made their mark on British cinema and made films you more than likely will have seen before. Notably, some of these filmmakers worked as juniors - and some were even senior to - the four legends listed above. But there is only one name I would like to talk about here, the director of It Always Rains on Sunday (1947), Robert Hamer.

When it comes to celebrated British film directors, the name Robert Hamer doesn’t usually spring to mind. But if there is one key British film that sticks out in Hamer’s filmography (and it isn’t much of a filmography compared with others) it would usually be the classic Ealing comedy Kind Hearts and Coronets (1949), a film so beautifully made it left filmmaker Terence Davies mentioning the word ‘gorgeous’ at five minute intervals throughout the commentary on the recent Blu-ray and DVD home entertainment release. It most certainly is a wonderful film but, of course, it was shot by cinematographer Douglas Slocombe.

There is ‘More Than Coronets’ in Hamer’s filmography, as James Howard’s rather light but much needed biography of Hamer is titled. If you were to shine some light on Hamer’s three earlier Ealing films I think you’d begin to get the idea of what I’m suggesting.

Dead of Night (1945), Pink String and Sealing Wax (1945) and It Always Rains on Sunday, three impressive films in their own right, are all directed by Hamer and all star the wonderful Googie Withers. These three films (I’ll call them the Googie & Hamer Trilogy from here on in) really show the immense creativity that Hamer had when it came to bringing out a pre-noirish style in post war British cinema. A perfect position for not only Withers, who was incredibly keen to find far more dramatic and meatier female roles (compared to her more well-known starring roles in George Formby comedies), but also for the up and coming cinematographer Douglas Slocombe. I wouldn’t be surprised if Slocombe took an interest in what Hamer wanted to try when it came to manipulating the use of light and shadow in the two films the pair worked on together, a short episode marked by Dead of Night and It Always Rains on Sunday. Or was it Slocombe who brought this style to the screen for Hamer? Who knows, but what we do know is that Hamer allowed it to happen and the fact that It Always Rains on Sunday is such an impressionistic film when it comes to lighting means there is no other way of thinking about it than that both men agreed on the style early on and knew what they wanted.

As a side note, all three artists, Hamer, Withers and Slocombe, actually worked together on another film, the unappreciated and much forgotten The Loves of Joanna Godden (1947) when Hamer had to step in to direct while credited director, Charles Frend, was taken ill.  The film gives a certain sense of all three artists’ past and future projects together; there is just a whiff of darkness about it at times. But alas, we do not know which scenes Hamer directed.

Going back, then, to my so-called ‘Googie and Hamer Trilogy’ and, with specific reference to It Always Rains onSunday, it is incredibly hard not to think that we are sitting in some sort of British version of film noir - yet made by Ealing Studios! I think this was clear to American filmmaker Jules Dassin when he cast Googie in his later celebrated British film noir, Night and the City (1950). A British noir that could well have been made by Hamer himself.

But, like most directors, Hamer had his demons. Just before her death in 2011 Withers was interviewed by BBC Radio 4’s Film Programme and discussed her thoughts on Hamer, “Robert Hamer was a very good director… he was a funny man, and although he made wonderful films he was a very unhappy man and he was a drunk. He died too soon because but then he was a drunk and he had nobody who cared for him, it was all very sad.” It is worth noting that Withers worked with both Michael Powell and Alfred Hitchcock before Robert Hamer and yet, when listening to her later interviews, she was always positive about Hamer, compared to her somewhat negative comments in reference to both Powell and Hitchcock.

Hamer most certainly had a drinking problem as Withers states. From early on in his career it was duly noted around Ealing studio that he would be totally drunk by 6pm on set. However, while he continued to make much appreciated films for the studio, he also battled with the creative process of getting his film projects approved by the Ealing Studios board, which could have steadily and further fuelled his drinking. In the end, he left Ealing and tried to make his own projects with other film companies, without much success. The odd film title came his way, but nothing as compelling as his past Ealing films. As the years went on and his alcoholism spiralled out of control so did the chance to work on anything at all. By the time he was directing the much celebrated School for Scoundrels (1960), Hamer ended up, apparently, absent for much of the key shooting days, leaving either the stars, producer and uncredited director Cyril Frankel to take over.

But I am portraying Hamer as a tragic figure - something I am sure Hamer would not approve of. It is, however, hard to justify his life and career in any other way. He had an incredible passion for the film industry, an industry that made him feel like an outsider- whether this was of his own paranoia that led to his drinking is another matter, especially as a number of commentators over the years have suggested that it is more than likely he was a closeted homosexual as well.

Whatever the case may be, Hamer had the skill and talent to make great films; the titles he made at Ealing show this and yet, he lost it all.

If nothing else, It Always Rains on Sunday is his crowning achievement in British cinema, a film that paved the way for later masterpieces of post-war British film and more than likely set the tone for future British noir films.

I dare you to come and see It Always Rains on Sunday and seek out one of the less celebrated but no less great figures of British cinema: the talented but tragic Robert Hamer.

It Always Rains on Sunday screens on Sunday July 3rd at 12pm as part of our focus on cinematographer Douglas Slocombe.