With two wickies isolated on an island to face the elements, spirits and each other, we are gripped throughout Robert Eggers (The Witch) second feature ‘The Lighthouse’. Exploring many themes with references throughout made to myths and legends, no second is spared for your mind to wonder away from the life of these two men. Essentially, you are watching two men battle with insanity and their own male ego for 109 minutes. If you fail to catch the nuances and embedded messages, you may, like I did, leave the cinema feeling confused and, possibly, disturbed. The discussion thankfully provided clarity on the themes and my sense of disturbance was lifted. Although, some scenes make such an impact that I am sad to say, an analysis cannot relieve the burden put upon your poor eyes and mind. If you have seen it, you definitely know of one scene I am referring to – I do feel very sorry for that poor seagull.

Shot on 16mm and in academy ratio, The Lighthouse takes us along on a trippy journey of madness, loneliness and power dynamics. An older Wickie, Thomas Wake (William Dafoe), who has spent 13 Christmases manning the lighthouse, and his new assistant, Ephraim Winslow (Robert Pattinson). 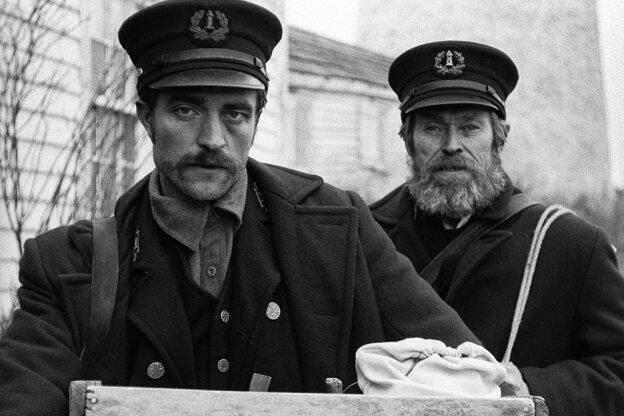 Through the exceptional performances of Dafoe and Pattinson, we are sent back to the 1890s to witness a battle for survival, for power, for truth and to hear a foghorn more than you would ever expect to in your life. We are introduced to our two protagonists as they stare directly into the camera upon their arrival; made to feel as if you are there, you’re pulled to the edge of your seat. However, we swiftly realise that they were looking right through us, watching the boat far at sea, disappear into the fog. Stuck on the island, we see the impact of isolation and the spiral to madness. Winslow, exhibiting this spiral, reveals to be an unreliable narrator. We are left questioning what truly is happening at the lighthouse and whilst it may feel that you’ve lost the plot, I think we’re all in the same boat. Ultimately, the wavering stability of Winslow’s account leaves us to decipher what the truth is behind their own reality. 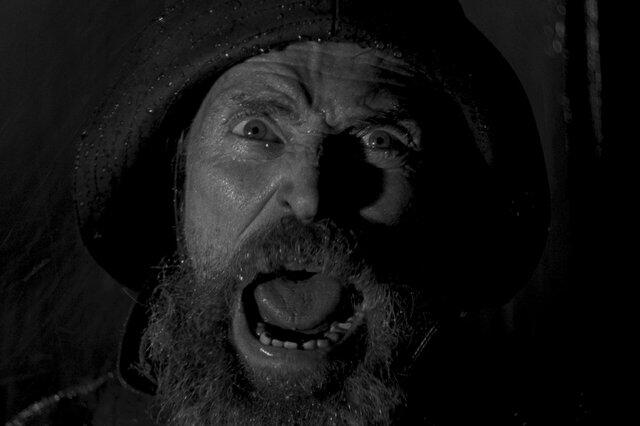 Supernatural or not, this film tackles the raw collapse of identity of the two characters and raises many questions. Who are they really? Are we watching one man’s struggle with loneliness? The stunning shots of the raging tempestuous waves were a welcomed break from the madness. This is the pure delight of the wondrous skills of Eggers, making you feel more freaked out and on edge by the actions of Winslow and Wake over the uncontrollable forces of nature.

The discussion raised the idea of the two merging into one intricate and layered character. We find that they are both called Thomas, are both demoralised and dehumanised by being treated as a dog by one another, and both exert the same dominance at different points. As we are presented with an Alpha VS Beta dynamic, but we are left to question who the Beta truly is, we could be watching the portrayal of one seaman going mad due to isolation. 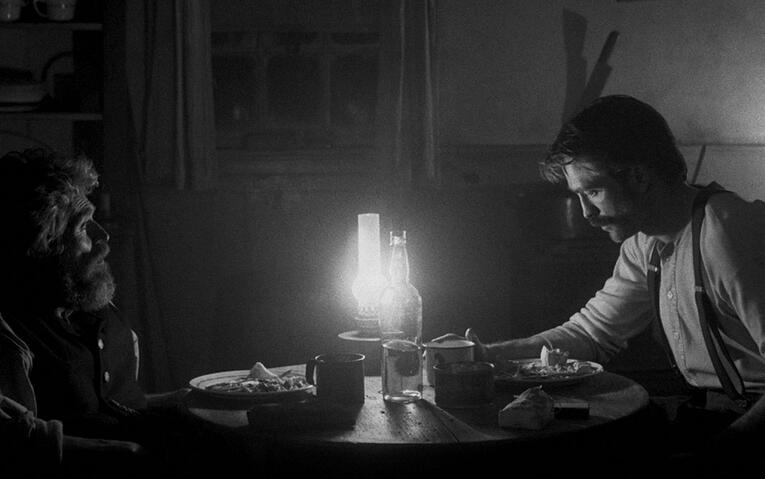 The panellists discussed the question we all were thinking. Why does this happen? Miltos Hadijosif (UWE Psychology), from a psychological background immediately wanted to know about their parents and their past, but this is not what Eggers wants you to think about. We are given very little information about their pasts as we are supposed to focus on the direct link of the lighthouse and their madness, male ego, and hysteria. Henrique Tavares Furtado (UWE Politics) stated that often violence is a predicament of the situation you are in - this is obvious with the two characters, but there is definitely another element to it that is not revealed. This is where I found myself wondering about the role of myth.

Katrina Mitcheson (UWE Philosophy) pointed out the reference to the legend of Prometheus. Prometheus defies the gods by stealing fire for humanity, this is echoed through Winslow who is obsessed with Wake’s duties of manning the light, which represents the fire. Winslow eventually defies Wake and makes it to the light wounded. After looking into the light booth and as it appears, being affected in some kind of mystical way, he falls down to the very bottom of the lighthouse. It then cuts to a scene of Winslow laying naked on the rocks of the coast being pecked out by seagulls – imitating Prometheus’ death of being chained to a rocky mountain top to be pecked at by a bird for the rest of his life. Obviously, Winslow is not immortal, which makes you question the part myth plays to reality and to male ego. What is the underlying message? Perhaps the reason why Winslow imitates Prometheus is because myths are said to be man-made, and as humans are obsessed with life - our capabilities and living longer - we would only put so much dissimilarity between us and the legends of these myths.

At the end of the day, all stories are made by man, but what if the ones of supernatural, or mythical elements are products of the road to insanity when we are lonely and have nothing but the fruits of our mind for entertainment. Overall, whilst I left quite disturbed, there is beauty in this film’s ability to orchestrate so many readings, and undoubtedly each person who watches will have a different experience.

The Lighthouse Please note: This was screened in Jan 2020 This psychological thriller from Robert Eggers (The Witch) follows the slow descent into madness of two lighthouse keepers (Willem Dafoe and Robert Pattinson) on a remote New England island at the turn of the 19th century.  Find out more Conversations about Cinema We think cinema is the start of a conversation. Talking to you at our Box Office, in the Café & Bar, before and after the films, online on social media, and reading your comments on our noticeboard deeply enriches the way we all understand the films we’re watching.  Find out more