“When I was twenty, I thought I knew how things go: how relationships function, how desire functions. Another twenty years later, I realised I was wrong.”

Adina Pintilie’s decision to forget everything she thought she knew and rediscover how relationships and desire, and touch and embodiment work, is what started the film project that became this year’s Berlinale Golden Bear award winning film, Touch Me Not (Mon 22 - Fri 26 Oct).

In what was a very moving Q&A following a sold-out screening of the film, Pintilie started an important conversation. First, on the importance of using cinematic language as a “tool for discovery” and, second, in working within the liminal space between documentary and drama to create “a fusion of reality and fiction”, which in turn creates a unique and deeply affecting openness. 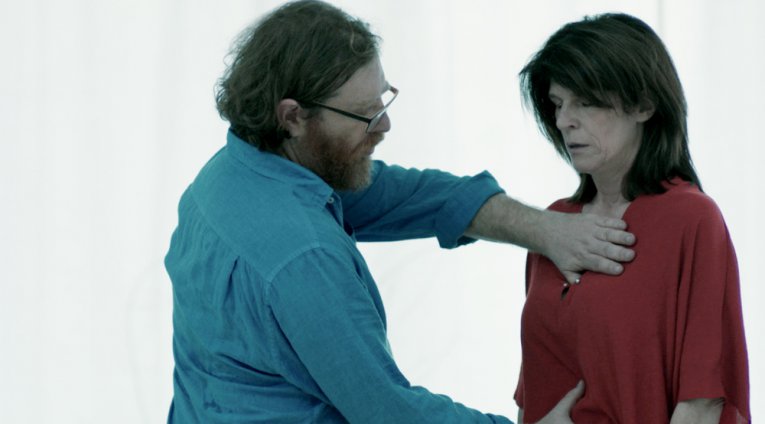 Having started her career in filmmaking at twenty-four, arguing from the get-go with her teachers about the limitations of both formal narrative cinema and classical documentary, Pintilie works with emotional development rather than the causal logic that classical cinema paradigms pursue.

“In regular fiction, you are prisoner of character,” she said, “and in classical documentary, you are obliged to be who you are daily. But,” she continued, “the fusion means you can go to places where you otherwise wouldn’t dare to go.”

Indeed, Touch Me Not dares to go where so much cinema before it has been too timid to explore. Bringing the body of the audience and the body of cinema together, Pintilie shows us how we as humans, with the apparatus we employ in our search for intimacy, literally construct and deconstruct the parameters of both real and imagined limitations. 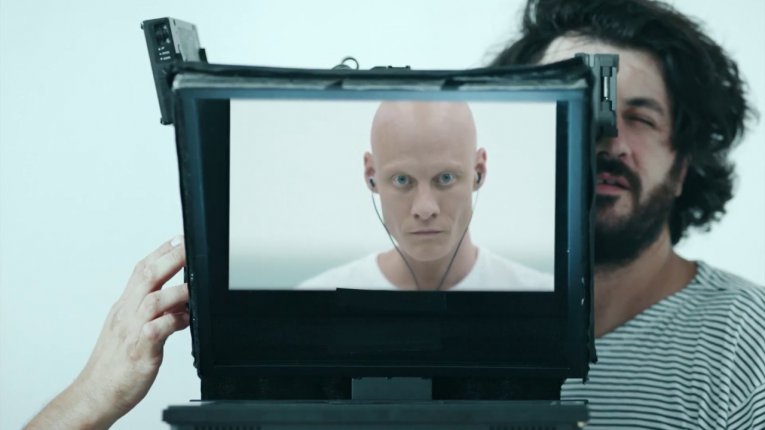 But for every carefully measured image she creates there is, too, a clear spontaneity to the work – such is the result of her alchemic fusion of forms. The protagonists aren’t exactly acting, more like workshopping feelings and ideas, “Everything you see is created in the process, born in the moment,” Pintilie told us, emphasising that the players aren’t so much directed as engaged and that the story isn’t exactly scripted but experienced. When it comes to character arcs, the turning points are “changes in perception”, rather than big narrative events.

“There are no answers in this film, actually. There are a lot of questions.”

Most amazingly, perhaps, is how the film, like its band of characters, each of whom reach beyond their comfort zones, is able to extend past the confines of its framing. Not only negatively but angrily reviewed by UK film critic Peter Bradshaw in The Guardian, the film has entered into the wider conversation as a work of controversy – though the content and intent are not at all controversial. Bradshaw called the film a “calamity”, aligning it with the great moral wrongs of our age, “Brexit. Trump. And now the Berlin film festival’s Golden Bear announcement. Truly, we are living through an age of catastrophe,” he wrote.

Translated into Romanian by both religious groups and the right-wing press, Bradshaw’s tirade against Pintilie’s film has turned into a rallying cry for closure – of both bodies and borders.

“Borderlessness is very important,” Pintilie explained, highlighting how personal borders and cultural borders bear similarities, both operating as an expression of the body politic of our times. The film, Pintilie continued, “is a cultural product of Europe” and was “only possible after Romania entered the European Union.” As both borders and possibilities opened up – a bittersweet sentiment in a room full of people set for a future of closed doors and ideas when Brexit hits – Pintilie was able to work across countries, securing funds, residencies and support in Italy and Amsterdam. Her resultant film is situated everywhere and nowhere in particular, “It could be any Western European city,” she told us, “in this privileged part of the world, with the so-called Europe – which we should protect and keep alive – it is one of the most important times in history for openness.”

The need for films such as Pintilie’s, which elicited responses from the room including, “I’ve never experienced any movie that is so intimate,” is not only clear, but is also urgent.

The meta-reference to the cinematic apparatus, then, is not just to show us how cinema can be used as a tool for discovery, but also as an anti-fascist weapon, armed against the threat of closure in an age when openness is at stake. Evidently aware of the role her work plays, she gave a voice to communities and cinemas within them. As a safe space of safety where enquiry and curiosity can thrive, cinema is that sublime plane where ideas and emotions meet.

“Why do we make cinema?” Pintilie paused before answering, “It’s a way for discovery, a permanent source of wonder.”

Touch Me Not Please note: This was screened in Oct 2018 Romanian director Adina Pintilie’s Berlin Golden Bear winner is a bold, quietly provocative drama about one woman struggling with her fear of intimacy.  Find out more Conversations about Cinema We think cinema is the start of a conversation. Talking to you at our Box Office, in the Café & Bar, before and after the films, online on social media, and reading your comments on our noticeboard deeply enriches the way we all understand the films we’re watching.  Find out more