When the two major plot points in a film are 1) rape and 2) revenge, violence is a given. But how we depict and view that violence, and on whom it is exacted are all contributing factors to how we understand filmmaker and viewer responsibility.

Thinking through, then, the implications of a rape-revenge exploitation film, released into the thick of the #MeToo and #TimesUp era, we collectively wondered where responsibility resides. 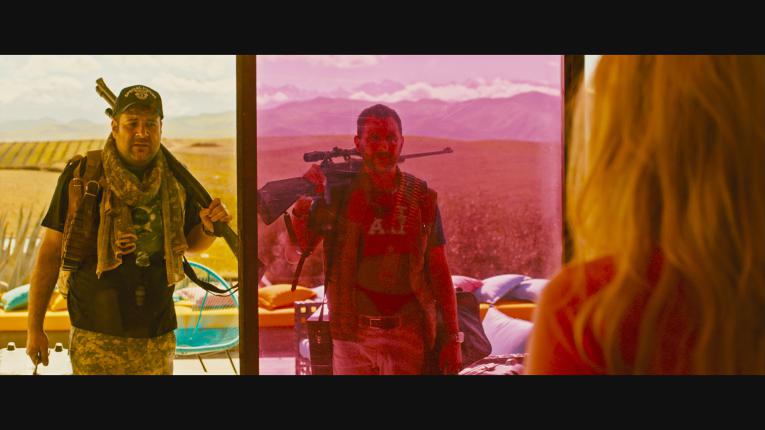 First time feature filmmaker Coralie Fargeat completed production on Revenge before the Harvey Weinstein allegations broke, and yet the film’s protagonist, Jen (Matilda Lutz), is being hailed as “the first horror movie heroine of the Time's Up era”. The timing of the release couldn’t be more perfect, yet the questions Fargeat asks around gendered violence and the revelry of spectatorship aren’t opportunistic. Revenge speaks to a history of such cinematic representation but, as Dr Horeck was keen to ask,

Is it doing anything new with the rape-revenge genre? Perhaps this is the moment for this genre, in this #MeToo era?

Hitting the big screen in lurid colours that would give Gaspar Noé a run for his money and oozing in cinematic excess, Revenge references iconic film femmes from Lolita to Lara Croft. Among those that came up in conversation, and a further viewing list that is not for the faint at heart, were originals and remakes of genre faves, I Spit on Your Grave and Last House on the Left, and Abel Ferrara’s Ms 45.

Beyond the rape-revenge films mentioned here, Fargeat’s influences extended to action films, “The director did say that she was influenced by Mad Max, Rambo, Steven Spielberg’s Duel, Quentin Tarantino films and Cronenberg body horror,” Dr Horeck continued, “She says she wasn’t influenced by rape-revenge films and that she didn’t watch any before making this, except for Last House on the Left.” A background that speaks to popular readings of the film as more of a survival story than rape-revenge. 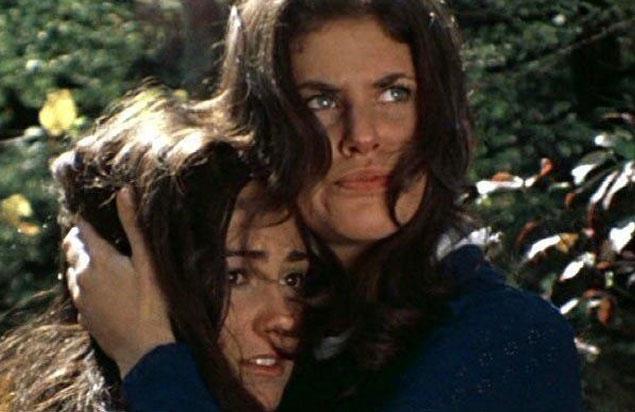 This might also account for why the rape scene “plays out at the level of dialogue”, rather than explicitly or violently as is expected in this mostly male directed genre. For mine, though we don’t see the rape, we still have those questions about spectatorship posed for us; who is there to witness it? what are ethics of watching? And, of those with the power to simply ignore, what are the ethics of walking away? For Dr Horeck,

It depends on how you define morals and how you define ethics, and some people would define ethics or an ethical film as one that forces you to interrogate how you relate to images as opposed to just accepting what you’re watching. Morality, for me, is about making judgements about something, like, ‘I approve of this,’ [and] ‘I don’t approve of this,’ – a knee-jerk reaction. Whereas ethics is something very different: it’s about forcing you to carefully think through your position on something in a way that can often make you feel quite uncomfortable. Whether this film does that? I’m not sure.

For me, Fargeat is asking us to think about our responses precisely for letting it play out in the comedic register that Dr Horeck discussed. In not further developing the characters, Fargeat makes us think about our judgement of them; Jen’s to-be-looked-at-ness, her desire to be ‘noticed’, her performance of her sexuality, these are all things society judges. But even in pursuing this dangerous line of questioning there is, from Fargeat, reflection on how by its very definition as a lack of consent, there is no such thing as a victim of rape as asking for or enticing their perpetrator. In this way, I believe Fargeat does ask us to carefully think through our judgements and assumptions. 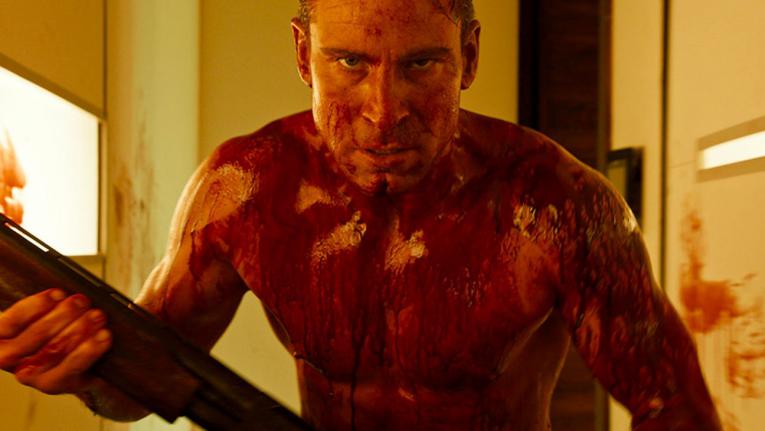 For some, this feels like having your cake and eating it. For others, it’s a rumination on how vengeance might operate as fantasy in place of real world culpability. For Dr Horeck,

It is B movie exploitation . . . It is cartoonish . . . It brings in comedic modality that allows us to enjoy it.

It also speaks to a history of extremism and violence against women in cinema that can’t help but engage with the ethics of responding to violence with violence. “That’s the whole nature of the rape revenge genre, an eye for an eye, the whole lex talionis.”

Rape-revenge is not a genre for everyone, and that’s absolutely fine. But, if we do decide to watch - and I for one thoroughly enjoyed the escalating blood-bath - then we must at least be responsible for reflecting on the modes of enjoyment and the assumptions and associations these violent images create.

Quotations that appear in this article are taken from the original event on May 12th 2018 and have been reproduced with Dr Horeck’s permission. Written by Tara Judah, Watershed Cinema Producer.

Revenge Please note: This was screened in May 2018 French director Coralie Fargeats’ explosive debut is a gory, high-octane feminist revenge thriller that offers a bold new take on the controversial rape/revenge genre with a particularly gory tilt toward the latter half of that equation.  Find out more Conversations about Cinema We think cinema is the start of a conversation. Talking to you at our Box Office, in the Café & Bar, before and after the films, online on social media, and reading your comments on our noticeboard deeply enriches the way we all understand the films we’re watching.  Find out more