Read more
Found in: Conversations about Cinema
Zama
Posted by:

Why is a fish a car? This is one of many questions I have about the films of Lucrecia Martel. Famous in small circles of cinephiles but only just breaking out, or into the art house, Martel is a filmmaker with an awful lot to say.

Looking at our comments board this morning, it’s easy to see how her latest release, Zama, has delighted and confused in equal measure.

Absolutely. This is how I felt when I first saw the film.

That both comments include ellipses suggest there is a liminal space where something that can’t quite be explained has taken place. I wondered what that something was when I saw it at the London Film Festival last year. Months later, those ellipses continued to irk me and, intrigued by its absurdist narrative and beautiful imagery, I was convinced I had to see it again. 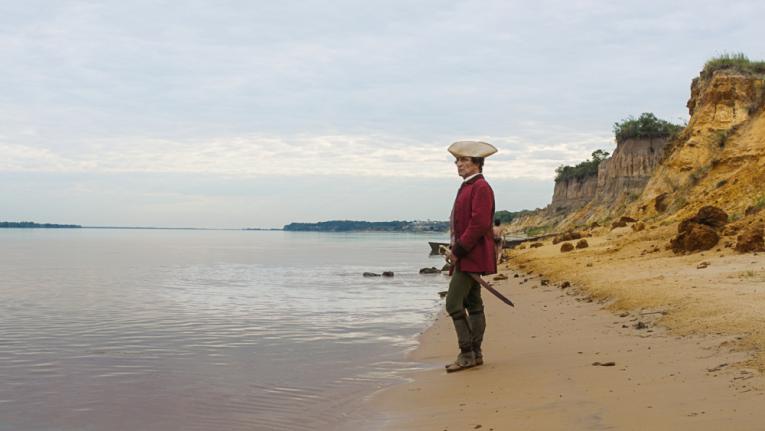 What I found the second time I saw the film was that making meaning wasn’t really what was on offer from Martel. What the film and its wiley maker wanted of me was a little bit of trust. Trust that her art could do its work and give me an experience, even if I didn't know where I'd be at the end of it all.

"Familiarise yourself with the philosophy behind [it], otherwise it’s meaningless junk :)"

I’ve been thinking a lot about this comment because it's a completely understandable opinion, and I love that it comes with a smiley face - like Martel's films, it might just be tongue-in-cheek musing over whether the film can be understood without wider knowledge of philosophical ideas. While reading around a film is an activity I’ll admit that I enjoy, what I think is most exciting about this film is that it absolutely can be enjoyed and understood on its own merits - once we let go of our desire to make meaning out of it. Perhaps this one just needs to wash over us, like the pools of water that repeatedly appear in Martel’s films...

It was only after watching Zama twice that I decided to seek out her other films (and some were easier to track down than others - you can rent The Headless Woman from 20th Century Flicks video shop). But, what I realised was that my enjoyment of Zama was the start not end point in my current game of ‘why are fish cars?'

This question is the one I think about the most - not because I am a philosopher who can answer it, but because I'm not and I can't. The question only came to me after I watched Martel's short films, one of which is called Pescados (Fish). In it, carp sing about being cars. I've watched this short film four times now and I still don't know why fish are cars, but I think it's a great place to start a conversation.

I’ll admit Martel's films can be obfuscating at first, but only in the way that anything surreal or absurdist might. What I came to see is that Martel is clever, sure, but she also has a sense of humour and Zama is, like the literature of Franz Kafka and Albert Camus, the theatre of Harold Pinter and the Dadaist art before it, an absurdist drama. It’s also a lot of fun. 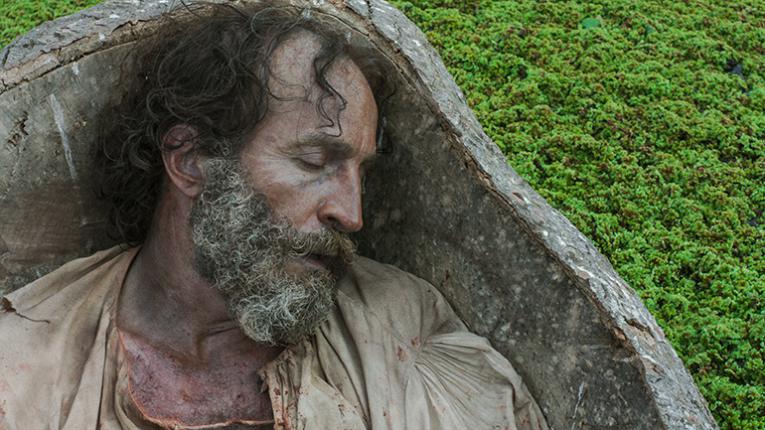 Zama is one of those rare beasts of a cinema experience where instead of relying on plot to drive the narrative forward, there is an opportunity on offer. What Martel lets us do, in Zama, is allow the incredibly beautiful imagery to wash over us as the uncertainty of the strange fever pitch dream plays out onscreen.

Our protagonist is perpetually perplexed: stationed in what outwardly looks like paradise, he wants nothing more than to transfer elsewhere. Stuck in a cycle of Sisephyean proportions, every time he brings it up he head butts bureaucracy.

That’s enough of a narrative descriptor for now, as everything else ought to be understood as an experience, in the darkened comfort of an auditorium, where fish can be cars and we can all swim about in a pool of buoyant confusion.

Zama is screening until at least June 7.

Zama Please note: This was screened in May 2018 The great Lucrecia Martel (The Headless Woman) returns with this epic new film adapted from Antonio Di Benedetto's classic of Argentine literature about the abuses of colonialism.  Find out more Lucrecia Martel: Shorts Programme Please note: This was screened in May 2018 To mark the release this month of her left-field historical drama Zama (opening Fri 25 May), we are delighted to showcase four of Lucrecia Martel’s rarely seen short films, which offer a further insight into this magnificent filmmaker’s singular style.  Find out more Conversations about Cinema We think cinema is the start of a conversation. Talking to you at our Box Office, in the Café & Bar, before and after the films, online on social media, and reading your comments on our noticeboard deeply enriches the way we all understand the films we’re watching.  Find out more