Cinema Rediscovered returns for its fifth edition this year from Wed 28 July – Sun 1 Aug, celebrating the return of the big screen experience that we’ve all missed with a line-up of brand new restorations and rediscoveries before going on a UK wide tour from Aug – Oct 2021.

The festival will open at Watershed on Thu 28 July with Wong Kar Wai’s sensuous and sumptuous In the Mood for Love, a masterful evocation of romantic longing and fleeting moments. This 4K restoration, supervised by the director is essential cinema and one of the films which redefined the cinema experience.

Closing the festival on Sun 1 Aug is the UK premiere of a new 4K restoration of A Man Called Adam (1966) ahead of it's STUDIOCANAL re-release on Blu-ray. Starring Sammy Davis Jr. as professional jazz trumpeter Adam Johnson, whose self-destructive habits spiral out of control, it was the feature film debut of Lola Falana and the late Cicely Tyson and also marks the 50th anniversary of Louis Armstrong’s death in July.

I am extremely excited to get this latest edition of Cinema Rediscovered back up and running. Bristol as UNESCO City of Film has a world recognised love of film and a film loving audience. There is no better city to rediscover the rich history of cinema.

We have a great selection of new restorations like Melvin van Peebles' revelatory The Story of The Three Day Pass (1968) and the seductive visual treat that is Wong Kar Wai's In The Mood for Love (2000) as well as celebrating the city's historic connection with cinema in this centenary year of Bristol inventor William Friese-Greene's death. In between there is much cinematic joy to lose yourself in as we celebrate and rediscover film back on the big screen.

Early highlights announced today include the UK premiere of the 4K restoration of Melvin Van Peebles’ little known Nouvelle Vague infused debut feature The Story of a Three-Day Pass, an edgy, romantic film set in Paris of 1967 inspired by his personal experiences in the US Air Force.

Unable to break into a segregated Hollywood, Van Peebles decamped to France at the invitation of the Cinémathèque française, taught himself the language, wrote four books in French, one of which, La Permission, became the basis for this film.

Channelling the energy and style of the French New Wave, Van Peebles created an exploration of the psychology of an interracial relationship as well as a commentary on France’s contradictory attitudes about race that is playful, sarcastic, and stingingly subversive and that laid the foundation for the cinematic revolution he would unleash just a few years later with Sweet Sweetback's Baadasssss song.

This 4K restoration was carried out by IndieCollect with support from the Hollywood Foreign Press Association in consultation with Van Peebles’ son and filmmaker Mario Van Peebles. Following the UK Premiere at Cinema Rediscovered The Story of a Three-Day Pass will tour to venues across the UK courtesy of Janus Films. 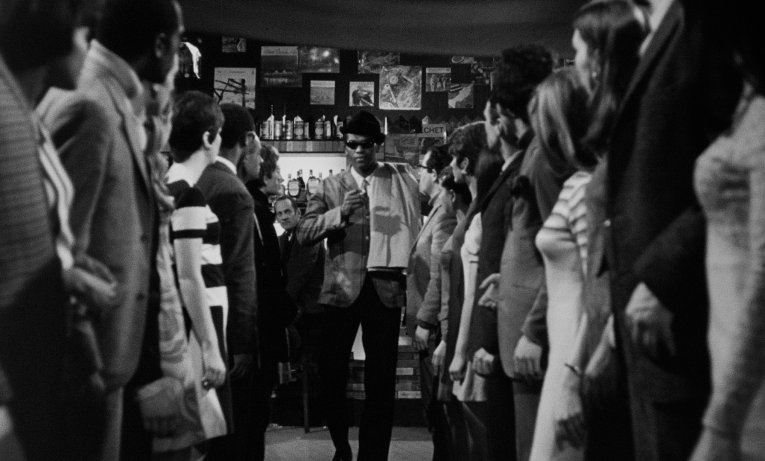 1971: The Year Hollywood Went Independent
Fifty years on, Cinema Rediscovered will present five seminal films from 1971 which give a glimpse of an independent Hollywood before it was overshadowed by the birth of the franchise. Following the surprise success of Easy Rider in the late 60s, Hollywood was searching for the next big thing and gave the greenlight to outsiders, mavericks and cultural renegades.

Women were key to this creative moment whether in front of the camera: Jane Fonda (Klute), Julie Christie (McCabe and Mrs Miller) and Cloris Leachman (who sadly passed away recently and won a Supporting Actress Oscar ® for The Last Picture Show); or behind the camera: Polly Platt (The Last Picture Show) and scriptwriter Carole Eastman (Five Easy Pieces). Pamela Hutchinson, and others, will introduce screenings and a panel discussion on Rewriting Film History (with the Women in it) curated and hosted by Invisible Women will take place online during the Festival.

On its 50th anniversary, also now sadly marking the passing of its maverick director Monte Hellman, Two Lane-Blacktop will headline the Cinema Rediscovered and Park Circus UK touring package, 1971: The Year Hollywood Went Independent, a collaboration between Cinema Rediscovered and the global film distributor. With an exquisite existential intensity not seen in mainstream cinema this legendary feature from Hellman is one of the defining films of 1970s independent Hollywood.

Other festival highlights include:

Twelve30 Collective present: No Place Like Home (1973), Perry Henzell's little known follow-up to The Harder They Come, with special guest Justine Henzell (Perry’s daughter and the film’s Exec Producer) who has been instrumental in the rediscovery and restoration of the film after the negative was thought lost for over 25 years. This road movie through ‘70s Jamaica, which introduces actress Grace Jones, is the memorable last testament of an undeniably great filmmaker with a handpicked soundtrack including Bob Marley, Etta James, Carly Simon, Toots & The Maytals and more. No Place Like Home premieres at Cinema Rediscovered and goes on to screen from 6 August onwards (Jamaica Independence Day) at select venues across the UK including BFI Southbank (Sept.)

The Philip French Memorial Lecture in partnership with Bristol Ideas opens Cinema Rediscovered 2021. This will be delivered by author, critic and film historian Pamela Hutchinson who will explore the role of film critics in rethinking and re-framing film heritage, an area which will also be key to Cinema Rediscovered annual Film Critics Workshop led by Tara Judah taking place online this year from July - September association with MUBI.

The wider 1971: The Year That Hollywood Went Independent season will be announced soon.