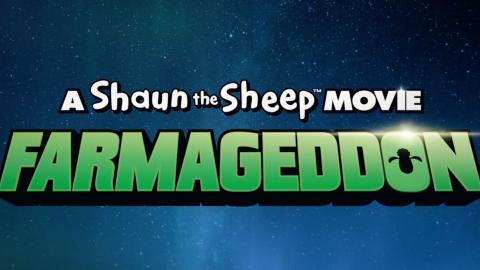 Following the smash hit Shaun the Sheep Movie, this dizzyingly inventive sequel from Bristol’s very own Aardman Animations takes our favourite woolly hero and plunges him into a hilarious intergalactic adventure he will need to use all of his cheekiness and heart to work his way out of.

When a visitor from beyond the stars – an impish and adorable alien called Lu-la – crash-lands near Mossy Bottom Farm, Shaun soon sees an opportunity for alien-powered fun and adventure, and sets off on a mission to shepherd Lu-la back to her home. Her magical alien powers, irrepressible mischief and galactic sized burps soon have the flock enchanted – but little do they know, they are being pursued at every turn by a mysterious alien hunting government agency, spearheaded by the formidable Agent Red and her bunch of hapless, hazmat-suited goons. Can Shaun and the flock avert Farmageddon on Mossy Bottom Farm before it’s too late?

Crammed with those trademark Aardman sight gags and hilarious movie pastiches that we love, this dottily daft adventure pushes our little sheep with a big naughty streak to places he’s never been before – and provides a touch of magic for all ages.