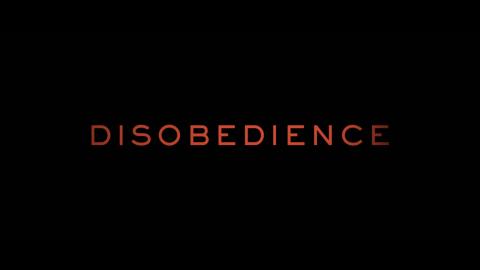 Sebastián Lelio (A Fantastic Woman) makes his English-language debut with this powerful exploration of faith, sexuality and freedom told through the passionate love story between two women in London's Orthodox Jewish community.

After the death of her estranged Rabbi father, New York photographer Ronit (Rachel Weisz) returns to the Orthodox Jewish community in North London where she grew up to pay her respects. There, she reunited with her cousin Dovid (Alessandro Nivola) and his wife (and her old childhood friend) Esti (Rachel McAdams) - this meeting reignites the two women's burning, long-unrequited passions - and threatens to upend their lives and the entire community.

A compassionate and emotional adaptation of Naomi Alderman's bestselling novel, Disobedience is a stunning reflection on collective faith and individual freedoms that will stay with you long after the credits roll.

Lizzie Please note: This was screened in Dec 2018 Chloë Sevigny and Kristen Stewart star in this gripping feminist interpretation of the 1892 Lizzie Borden murders.  Find out more Discussing Disobedience: agency, resistance and reclaiming the self Article by Tara Judah A careful and considered study of ritual and religion, Sebastian Lelio's Disobedience was this year's most personally affecting film for Cinema Producer Tara Judah.  Find out more