My mother isn’t Jewish, so neither am I. I wasn’t raised with the faith but, on my father’s side, I have numerous aunts, uncles and cousins who follow both the religion and its traditions. Sephardic, not Orthodox, though, almost none of my relatives would consider themselves ‘frum’ (Yiddish for extreme piousness).

Sebastian Lelio’s new feature film, Disobedience (Fri 30 Nov - Thu 6 Dec), based on Naomi Alderman’s novel of the same name, is about two Orthodox Jewish women, similar in age to me, both of whom are Jewish in the eyes of the religion, but who are, nevertheless, outliers of their community. For Ronit (Rachel Weisz) and Esti (Rachel McAdams), what constitutes their very sense of selfhood –  from gendered agency to sexual desires - simply does not fit with the religion’s laws. 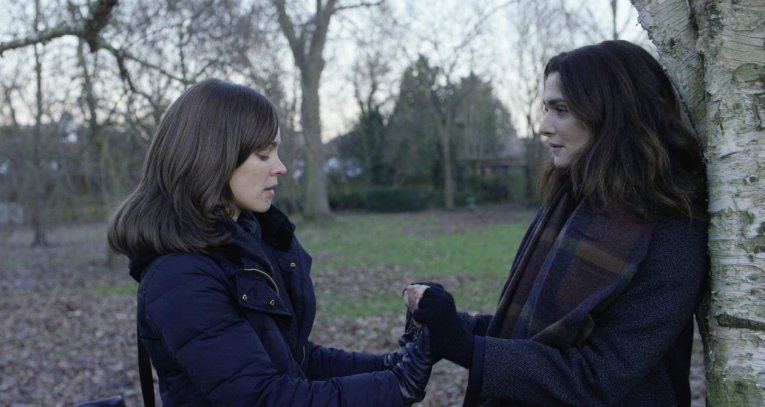 Though reconciling identity politics with the wider social fabric surrounding them is not exactly new territory for Lelio – his previous films A Fantastic Woman (2017) and Gloria (2013) explored, respectively, trans and middle-aged women’s struggles in hetero-patriarchal systems – Disobedience is, in many ways, a first for the critically acclaimed writer-director. Most notably, what’s different here is in the focus on how those systems manifest themselves. Where Gloria and A Fantastic Woman both point to wider social frameworks at play, Disobedience explicitly employs the rituals and repetitions of religion to illustrate its point.

Set in North London, Disobedience zeros in on a tight-knit community, and one that I found both fascinating and familiar. Though I didn’t grow up in that community, I have plenty of memories associated with the neighbourhoods shown - of attending my first Pesach (Passover) and Rosh Hashanah (Jewish New Year), and even of the very simple weekly ritual of Friday night dinner. One pivotal scene in the film sees Ronit uncomfortably attend such a dinner, trying not to lose it as she fields a wealth of unwelcome questions about her status as a single woman, gallivanting around New York without any of the discipline that familial and religious patriarchy provide.

The importance in the film of Ronit having moved away, of her leaving Esti to stay in the community while she started life afresh in the States, is also incredibly resonant for me, the daughter of a wayward Jew who moved with his non-Jewish wife to Australia. When Ronit first arrives, fresh off a flight from New York, to attend her late father’s shiva, she is reminded, through the eyes of others, of how everything about her is wrong; her hair, makeup, clothes, attitude - her lifestyle, herself. The way others regard her reminded me of a time I spent at a cousin’s wedding where someone clearly indicated with their eyes that my cardigan was just a bit too short, accidentally revealing a millimetre of flesh as I leant across the table to reach my drink. No malice intended, of course, but a set of rules I nonetheless didn’t quite get– and neither does Ronit. 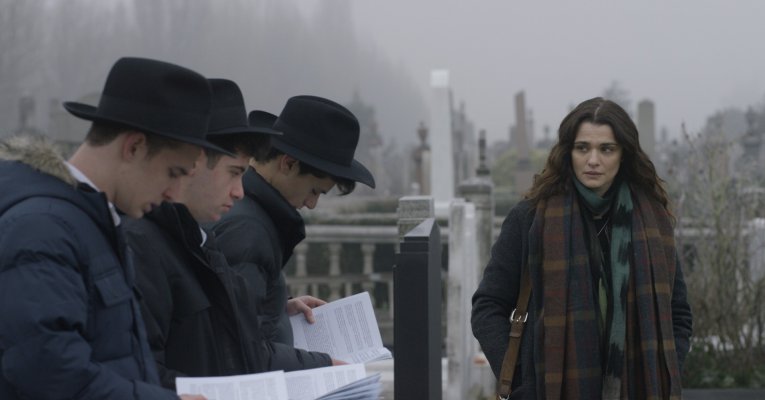 In another scene, Ronit and Esti unwittingly become the subject of gossip. Something else I can attest to as news sure travels fast in close-knit and scrutinising communities. Having grown up abroad, I returned to North London in my early twenties and, with no religion to speak of, just so happened to be wearing an item of jewellery bearing a cross when I went to the local shops with my father. Having bumped into someone he knew, I was stunned to find that, on arriving shortly thereafter at my aunt’s house, she had just been phoned and informed that ‘Mr Judah’s daughter has been seen wearing a Christian symbol.'

In this way, the film’s depiction of community claustrophobia is absolutely spot on.

What Ronit and Esti discover - though their sin is arguably both lesser and greater than my own, which is, I suppose, in turn my mother’s sin for not being Jewish, and really then my father’s sin for marrying and reproducing with her anyway - that the structures at play must either stretch, change or be left behind.

Disobedience is one of this year’s richest films, each and every frame offering a careful and considered examination of the rituals it holds.

A sure-fire conversation starter, we’d absolutely love to hear your thoughts on Disobedience at our next Conversations About Cinema screening and discussion (Tues Dec 4, 18:00), where UWE’s Senior Lecturer Emma Brännlund and Professor of Feminist Theory Alison Assiter will look at the film’s depictions of personal agency, resistance and reclaiming sexuality.

Disobedience Please note: This was screened in Nov 2018 Sebastián Lelio makes his English-language debut with this powerful exploration of faith, sexuality and freedom told through the passionate love story between two women in London's Orthodox Jewish community.  Find out more Conversations About Cinema: A new series of in-cinema discussions Article Starting in October with Utøya, UWE and Watershed are partnering on a series of screenings and discussions that brings together a multi-disciplinary team of philosophers, political theorists, and cinema curators and producers to unpick some of the most exciting and challenging ideas in contemporary cinema, Senior Lecturer in Philosophy at UWE, Francesco Tava writes.  Find out more Conversations about Cinema We think cinema is the start of a conversation. Talking to you at our Box Office, in the Café & Bar, before and after the films, online on social media, and reading your comments on our noticeboard deeply enriches the way we all understand the films we’re watching.  Find out more