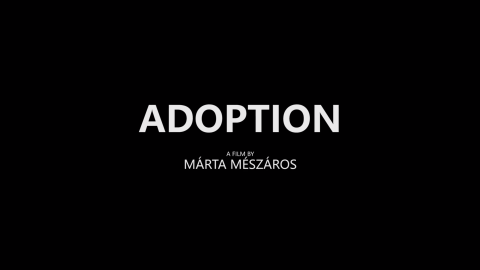 Celebrated as the first Berlinale Golden Bear awarded to a female director, Márta Mészáros’ Adoption is a powerful meditation on agency and womanhood in a world that waits to give permission.

Kata, a 43-year-old factory worker, longs to have a child of her own, despite the negative reaction of her married lover. Following her need for a deeper maternal bond, she befriends Anna, a girl in the care of the state, and aids in her quest to marry the boy she sees in secret. Adoption’s intimate reflections on engendered power relations and shifting familial structures have remained timeless topics, and the lack of moralistic judgment throughout the narrative proves to be a refreshing view into the complex lives of women.

Gorgeously shot in black and white, with the digital grading overseen by the original director of photography Lajos Koltai (HSC), Mészáros profound feature examines the strain of isolation and the complexities of social emancipation through the viewpoint of a quietly powerful woman.

UK Premiere of the digitally restored 4K version, presented with support from the Hungarian National Film Archive. Our friends at Second Run will be releasing Adoption on Blu-ray in the UK later on this year. After its premiere at Cinema Rediscovered, Adoption is touring select UK venues.