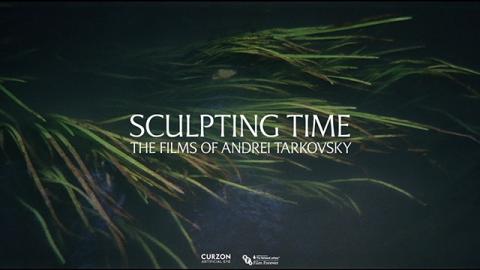 Perhaps more than any filmmaker Andrei Tarkovsky defines the essence of the cinematic. If you wanted evidence of film as an art form you would point to Tarkovsky films; their symbolic imagery, mesmerising rhythm, pace and innovative use of sound. The phrase sculpting time perfectly encapsulates the experience of watching his films – one where time is shaped into an immersive cinematic experience. His body of work amounts to a monumental and thematically consistent exploration of the human condition with an intensity on a par with Samuel Beckett in theatre or Gustav Mahler in music.

Starting with Ivan's Childhood at the end of May and then throughout July as part of Cinema Rediscovered, we are delighted to present new digitally restored copies of all seven of Tarkovsky’s films. From the extraordinary ode to the power of art via the life and times of Russia’s greatest icon painter – Andrei Rublev; the brilliantly original science-fiction epic Solaris that brought a new compassion and artistic sensitivity to the genre; his semi-autobiographical and mesmerising composition of a dying man’s dreams and recollections in The Mirror; to the decayed post-industrial wastelands of Stalker - considered by many to be Tarkovsky’s magnum opus; the deeply personal and poetic longing of Nostalgia; and his melancholic swansong The Sacrifice with its visually breathtaking meditation on existential terror.

Films that are characterised by metaphysical and spiritual explorations of the human condition, it's time to rediscover these timeless cinematic landmarks - each an artistic masterpiece of extraordinary visual beauty.

Get £2.00 off with a Cinema Rediscovered Pass: (this also allows you to book discounted tickets for any of the 20+ Cinema Rediscovered events from Thu 28 - Sun 31 July subject to availability, conditions apply). Pass prices: £80.00 full / £65.00 concessions and under 24s. Buy your Pass here.

Previous screenings in this season

classified 12A S Sculpting Time - Andrei Tarkovsky
Read More
Watch Trailer The Sacrifice
Please note: This was screened in Aug 2016
Film
Set in the final hours before a nuclear war threatens to wipe out humanity, Tarkovsky’s visionary final film, was a visually breathtaking meditation on existential terror and a melancholic swansong from one of cinema’s true auteurs.
Read More The Sacrifice

classified 12A S Sculpting Time - Andrei Tarkovsky
Read More
Watch Trailer Nostalgia
Please note: This was screened in Aug 2016
Film
Highly cerebral, beautifully realised, and symbolically obscure, Tarkovsky’s first film directed outside of his home country stands as a testament to his own conflicting thoughts regarding Russia as he considered a self-proclaimed exile while aware of the pining for his homeland that this would inevitably inflict.
Read More Nostalgia

classified PG S Sculpting Time - Andrei Tarkovsky
Read More
Watch Trailer Stalker
Please note: This was screened in July 2016
Film
Considered by many to be Tarkovsky’s magnum opus, this genre-defying evocation of a decayed post-industrial society is a brooding muse on human desires and the ambition we employ in order to achieve them.
Read More Stalker

classified U S Sculpting Time - Andrei Tarkovsky
Read More
Watch Trailer The Mirror
Please note: This was screened in July 2016
Film
One of the most beautifully constructed films ever created, Andrei Tarkovsky’s semi-autobiographical and mesmerising composition of a dying man’s dreams and recollections really does make this masterpiece feel like something created from the bottom of his soul.
Read More The Mirror

classified 12 S Sculpting Time - Andrei Tarkovsky
Read More
Watch Trailer Solaris
Please note: This was screened in July 2016
Film
With his adaptation of the novel by Stanislaw Lem, Tarkovsky created a brilliantly original science-fiction epic and brought a new compassion and artistic sensitivity to the genre. A spiritual odyssey retains its mysterious authority and continues to challenge our conceptions about love, truth, and humanity itself.
Read More Solaris

classified 15 S Sculpting Time - Andrei Tarkovsky
Read More
Watch Trailer Andrei Rublev
Please note: This was screened in July 2016
Film
For his second feature Tarkovsky turned back the clock to the 15th Century life and times of Russia’s greatest icon painter – Andrei Rublev, resulting in an extraordinary ode to the power of art that featured some of the most poetic scenes in the history of cinema.
Read More Andrei Rublev