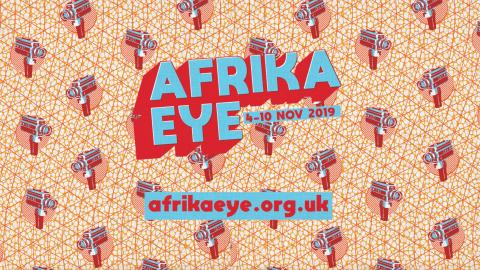 This year’s festival will kick off with Chiwetel Ejiofor’s debut as a writer and director in The Boy Who Harnessed the Wind followed by the opening Friday Night Party in Ethiopian style with the distinctive and super cool trio The Krar Collective in the Café & Bar.

Other key highlights include Eyeful Shorts, a programme curated by Gary Thompson (Cables and Cameras) exploring the new wave of short films from the African diaspora and Girlhood – a midday medley of film, poetry and discussion curated by Asmaa Jama on Saturday.

We’ll be closing the festival on Sunday with Daughters of the Dust, the captivating and hugely influential debut from African-American director Julie Dash and a UK preview of Talking About Trees – a feature documentary by Suhaib Gasmelbari.

Check out the full Afrika Eye programme of films and workshops at afrikaeye.org.uk and #AfrikaEyeFest.

With huge thanks to the Festival's funders and supporters: BFI, Arts Council England, The Morel Charitable Trust and Film Hub South West.

classified 12A PS Afrika Eye
Read More
Please note: This was screened in Nov 2019
Film
Enock Alu, a Malawian teenager raised in a Buddhist orphanage is torn between his African roots and Chinese upbringing, as he struggles to retain his cultural identity.
Read More Buddha in Africa

Daughters Of The Dust

classified 12A PS Afrika Eye
Read More
Please note: This was screened in Nov 2019
Film
A musical journey through the streets of Kinsasha observing the music of the Democratic Republic of Congo and exploring the many gifted yet impoverished musicians who use their talent, humour and energy to help them to survive.
Read More Jupiter's Dance

classified 12A PS Afrika Eye
Read More
Please note: This was screened in Nov 2019
Film
Mozambican director António Pinhão Botelho, brings this unlikely but true story to the screen film about the society of metropolitan Portugal and its African colonies at the beginning of the 1960s.
Read More Ruth

classified 15 Afrika Eye
Read More
Please note: This was screened in Nov 2019
Film
When South African universities raised their fees in 2015, what started off as a peaceful protest escalated quickly with dire consequences.
Read More Everything Must Fall

Thank You For The Rain

classified 12A PS Afrika Eye
Read More
Please note: This was screened in Nov 2019
Film
Over a period of five years Kisilu Musya, a Kenyan farmer, documents his family, his village and the damaging effects of climate change on his community.
Read More Thank You For The Rain

The Boy who Harnessed the Wind

classified PG PS Afrika Eye
Read More
Please note: This was screened in Nov 2019
Film
Chiwetel Ejiofor's debut as writer-director brings to life the story of William Kamkwamba - a 13 year old boy who designs and builds a life saving wind turbine for his village against all odds.
Read More The Boy who Harnessed the Wind