Read more
Found in: Conversations about Cinema
IFFR 2020
Posted by:

My festival began with Robert Eggers' The Lighthouse (Fri 31 Jan - Thu 13 Feb), a powerful belly growl of a film that left me feeling like so much twisted, washed up seaweed on a rocky shore. Experienced alongside the affected breath and fidgeting of swathes of other viewers I also felt the collective exhale of tension as the film finished and we could return to thinking about our present lives. Only I didn't. As someone who is forever in awe of the power of the collective cinema experience, I stuck with that remote, rocky outpost a little longer, languishing in the ebb and flow of its salty resonance. 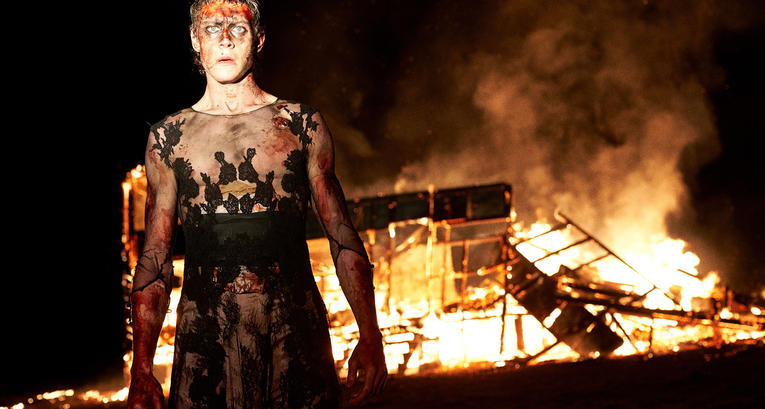 It wasn't long, however, until I found myself immersed in another collective space, far flung from Eggers' world of black and white grime, now implicated in one of history's most famous outlaw groups in Justin Kurzel's True History of the Kelly Gang (Fri 28 Feb - Thu 5 March), based on Peter Carey's novel of the same name. Released from the shackles of its traditional genre tropes, this is not your typical period drama. Instead, it could be set in the present day, where hipster mullets are making a comeback. Determined to kick myth, legend and propaganda to the curb, Kurzel has the Kelly Gang wearing dresses. Whilst this idea appears in Carey's book, it's Kurzel who really runs with it and, in so doing, challenges folklore as a form of collective understanding, questioning everything you've ever read, heard or seen about Australia's most infamous icon and his gang. In a short video intro to the film, Kurzel mused,

"It's about owning your own stories; trying to prevent them from being stolen from you."

Given the implications of stolen history in Australia, Kurzel's words lingered and followed me like a spectre into the most stunning collective experience of my IFFR 2020 journey: the world premiere of Karrabing Film Collective's Day in the Life. Commissioned in part by Tyneside Cinema Projections and, touring as part of their 2020 programme, Artists in the Cinema, a segment of this incredible and deeply moving longer work will show in cinemas across the UK, including at Watershed (the shorter commission, Lunch Run will screen with Bacurau, opening Fri 13 March). 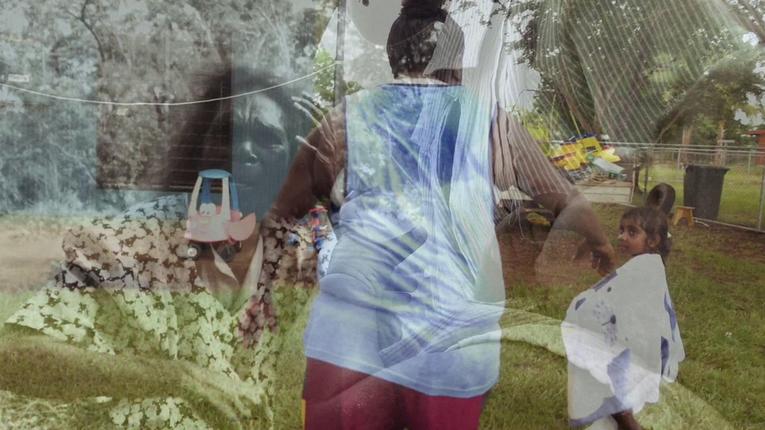 As a fan of Karrabing Film Collective since I first saw their work presented at the Berlinale in 2017, I was blown away by their new multi-layered, stunning and soulful exploration of the oral and living histories that white Australia continues to try to stamp out. With an urgent and earnest voice, their work speaks with all of the pain, beauty and truth that moving images allow and that anyone could ask of a collective experience such as cinema.

I was also thrilled to see that our own city's filmmaking collective, Bristol Experimental and Expanded Film (BEEF) were showcased in the festival's Kino Climates programme where Katie Davis' The Separate System, Vicky Smith's Not (a) Part and Laura Phillips' I Felt Like the Sound of a Harp were screened. Also from Bristol was BAFTA and BIFA award winning producers Kate Byers and Linn Waite, and Cornish director Mark Jenkin's new short film, Hard, Cracked the Wind, proving - as if ever there was any doubt! - that we share seats in our home town cinemas with some of the world's most striking and talented makers of moving images. 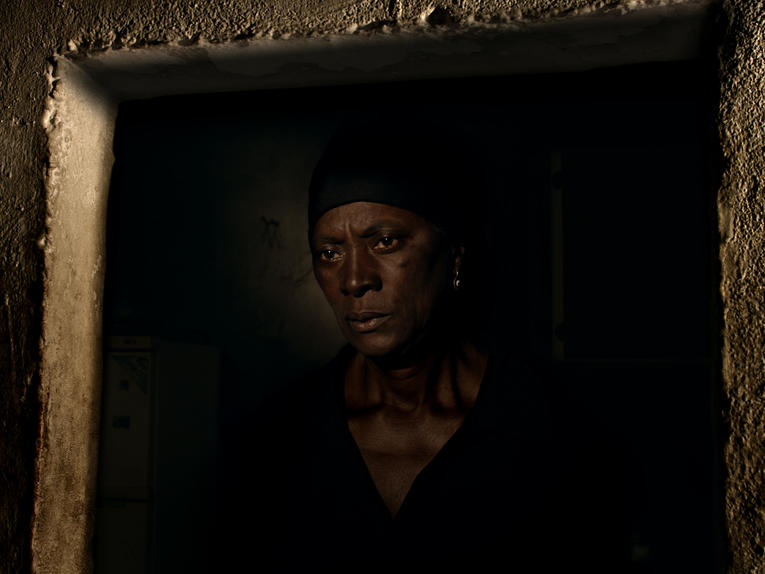 Though 2020 has only really just begun, I feel sure I've already seen my film of the year in Vitalina Varela (opens Fri 6 March). Late to the Pedro Costa party - I don't know how I failed to see his work until now - I am an immediate fan. Never before have I seen a film that looks so impressively like painted pictures. What Costa achieves in Vitalina Varela is composition and lighting so striking that it could be Caravaggio in motion. Bouncing light off of faces and objects to highlight one woman's life long grief, Costa further explores a remarkable character who first appeared in his 2014 film, Horse Money. Themes and narrative, though present, give way to the true craft of cinema at the hands of an exceptionally talented maker, in presenting faces and feelings to us that might otherwise be absent from our collective or singular lived experiences. 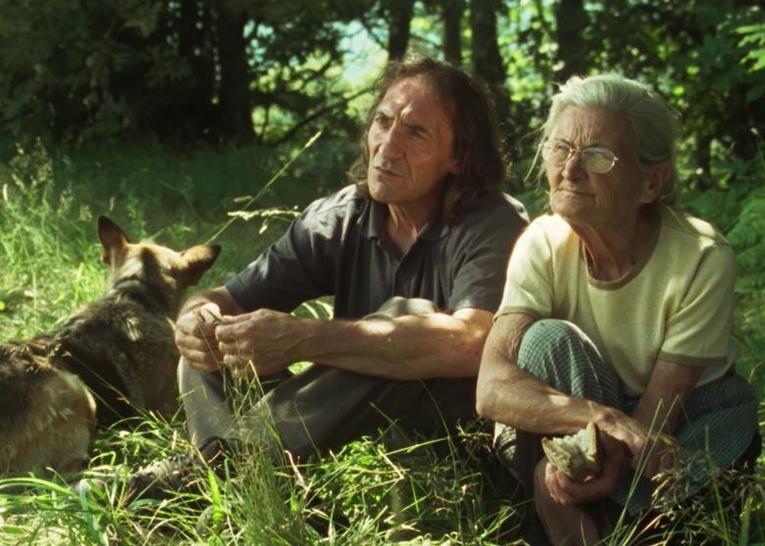 Another film offering space for quietude and reflection is Oliver Laxe's Fire Will Come (releasing Fri 20 March). Having won the Un Certain Regard Jury Prize last year in Cannes, Fire Will Come has been on my most anticipated watch list for several months. Every bit as enthralling as I expected, Laxe has created a world where the environment eclipses its inhabitants. Speaking almost entirely in metaphor, our protagonist Amador (Amador Arias) operates under the auspices of a kind of apathetic fatalism that allows or hinders him - depending on your position - to live, as the film's prophetic title infers, in waiting for the inevitable. A slow, simmering story of heartfelt alienation and almost breathless emptiness. 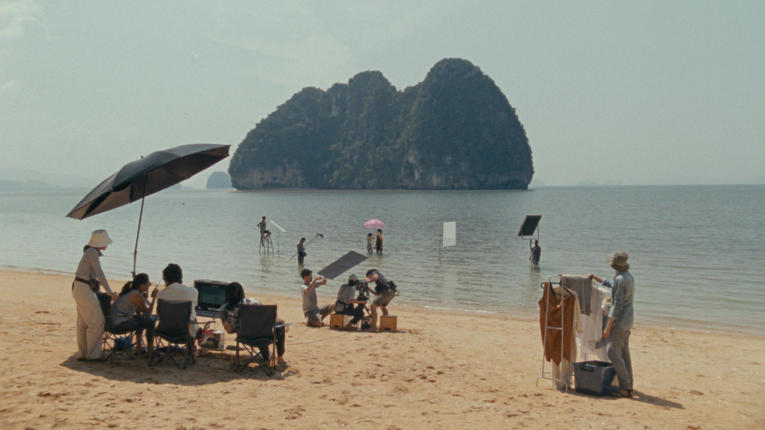 Finally, I was whisked away to a distant past, present and future in Krabi, Thailand, where narrative cinema investigates documentary, only to determine that everything is uncertain. Resolving that we are all spectators of some kind; searching for meaning in the everyday, looking for guidance in the gentility of a gesture; Krabi 2562 (releasing Fri 8 May) offers an experience that is as dreamy as our unconscious and as earthy as our bones. A beautiful collaboration between independent filmmakers Ben Rivers and Anocha Suwichakornpong, Krabi 2562 was commissioned by the Thai Biennale and contemplates the effects humans collectively have upon a place, from both personal and public perspectives, spanning family and film histories as well as commercial and tourist trades.

Considering, then, the impact of commercialism upon the film industry, it was fitting that I participated in a collective, kitchen table style discussion that brought industry and critics together under the combined banners of IFFRPro and Critics' Choice, concerning professional interdependencies from press and PR to distribution and exhibition, which you can read more about on the IFFRPro blog. Learning from and working with each other, we reflected, is the only way to really do our jobs in service of the films, filmmakers and audiences we collectively care about.

True History of the Kelly Gang Please note: This was screened in Feb 2020 George MacKay stars as Ned Kelly in Justin Kurzel’s (Snowtown, Macbeth) brutally violent and unflinchingly stark re-telling of the life and crimes of Australia’s most notorious outlaw.  Find out more The Lighthouse Please note: This was screened in Jan 2020 This psychological thriller from Robert Eggers (The Witch) follows the slow descent into madness of two lighthouse keepers (Willem Dafoe and Robert Pattinson) on a remote New England island at the turn of the 19th century.  Find out more Conversations about Cinema We think cinema is the start of a conversation. Talking to you at our Box Office, in the Café & Bar, before and after the films, online on social media, and reading your comments on our noticeboard deeply enriches the way we all understand the films we’re watching.  Find out more