Read almost any synopsis of this critically acclaimed classic and you'll think the story of The Apartment (Thu 26 July, 21:30) belongs to C.C. Baxter (Jack Lemmon). An unlucky but likeable enough "schnook", Baxter is a loyal employee and a total pushover, appeasing others in the hopes of getting ahead. A worker bee at humorously named insurance company Consolidated Life, Baxter has bought into the rat race - wholesale. The perceived rewards of capitalism loom as large as Consolidated's high rise, a not so subtle metaphor that, nonetheless, in his 'can't see the forest for the trees' blinkered view, passes Baxter by. 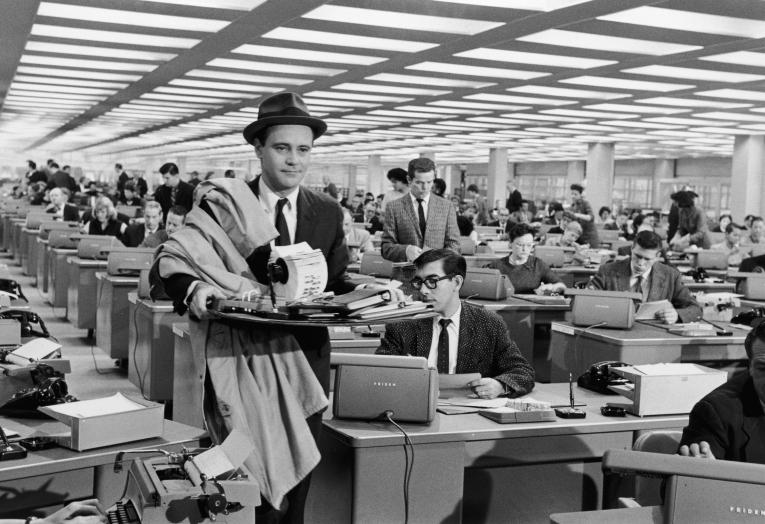 In order to "make it", Baxter worms his way into the good graces of the company's managers - a group of men with dubious morals who hold all the power, and the key to the executive washroom. You see, Baxter has an apartment in the city and, for the married likes of Personnel Director, Mr Sheldrake (Fred McMurray) and his cronies, an apartment in the city is the very thing for entertaining extra-marital affairs.

Though he sat on the idea for some fifteen years, The Apartment is writer/director Billy Wilder's imagined view of the inside the apartment of "the poor schnook who has to crawl into the still-warm bed of the lovers" in David Lean's heart-breaking Brief Encounter (1945). For all of its fantastic comic timing and snappy dialogue, then, The Apartment is and was intended as a look behind the closed doors of 1940s taboos and tragedy. It is a site of romantic ruin.

Viewed today through a #TimesUp and #MeToo prism, The Apartment is ripe for rediscovery. The men at the top who control Baxter can't help but take on the potency of a Harvey Weinstein and Donald Trump era disregard for women's lives. It's not so far-fetched to think about the proverbial executive washroom that Baxter so desperately wants a key to as symbolic permission for so-called "locker room talk". Baxter, though not a 'bad' bloke, is still a protector of dangerous men and the toxic patriarchal capitalism they embody. 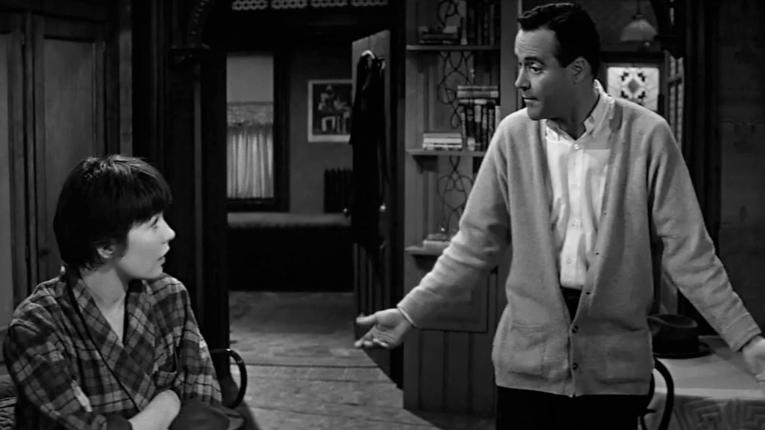 What emerges, then, is a savage critique in the guise of a light-hearted dramedy and, as such, The Apartment can be rediscovered today as an urgent story about a woman. Wronged by patriarchal capitalism, it is in Fran Kubelik (Shirley MacLaine) that we locate the film's heart. Smart, funny and kind, Kubelik is the underdog that patriarchy callously clambours over on its way to the top. An elevator operator at Consolidated, she literally pushes the buttons that carries lift loads of men from their grounded beginnings up to the heady heights of capitalist pursuit. In this structural race to the top, our female protagonist becomes an extension of the vessel that takes them there.

Expecting less than even the performed respect of the men around her - some of them don't even remove their hats when they get in her lift - Fran is resigned to the patriarchal order as if it were fate,

"Some people take, some people get took. And they know they’re getting took and there’s nothing they can do about it."

Along with the telephone operators (all women) who receive and transfer calls, women in the film act as intermediaries for men: they make connections for men, and that's it. 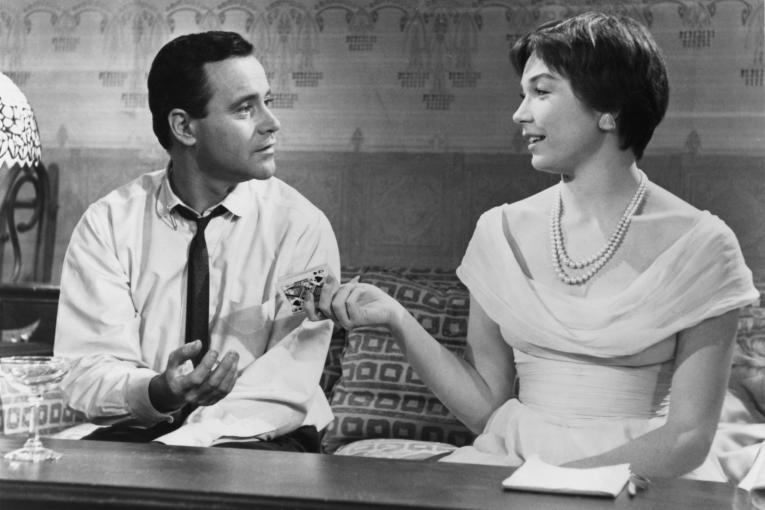 In the wake of allegations against some of Hollywood's most powerful men, Billy Wilder's The Apartment feels more urgent than ever. Here, through the brilliantly written character of Fran Kubelik, superbly brought to life by MacLaine, we see how difficult it is for women to survive systemic abuse and, most pressingly, how a new way forward requires change from the men in their lives, both in public and behind closed doors.

If the story is to be free of taboo and tragedy, Wilder tells us, both parties must be dealt a fair hand. So, while the cards have always been stacked against women, there might just be a glimmer of hope up ahead. It is Kubelik who has the last word, telling a love-sick Baxter to "Shut up and deal."

The Apartment Please note: This was screened in July 2018 Billy Wilder's Oscar®-winning comedy stars Jack Lemmon as a New York insurance drone who lets his superiors use his apartment for their illicit affairs.  Find out more Restored and Rediscovered Season Come and enjoy the latest restored prints of classic films to be rediscovered in the cinema.  Find out more Cinema Rediscovered 2018 Join us for the third edition of Cinema Rediscovered - a chance to discover some of the finest new digital restorations, contemporary classics and film print rarities from across the globe where they were meant to be experienced - on the big screen.  Find out more