It's all-too-easy to pigeonhole John Williams as 'the blockbuster guy'. How could you not? After all, Williams has arguably done more than any other contemporary film composer in demonstrating the relevance, force and power of the cinematic symphony. 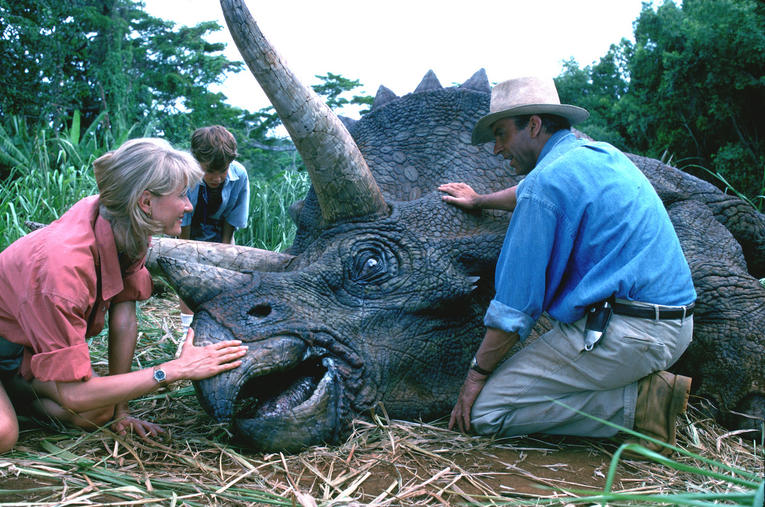 From the chugging, monstrous double-bass of Jaws to the weighty brass chords of Star Wars and the awe-inspiring, choral-inflected beauty of Jurassic Park, Williams is astonishing - not just in a melodic and harmonic sense, but also in terms of his storytelling capabilities. Put simply, he combines his formidable skill as a musician with a humble sense of self-awareness (vital in film music). Ego is subsumed in favour of craft and collaboration and, ultimately, the requirements of the director and story are what shape the direction of the music.

Little wonder he's forged long-standing partnerships with the elite likes of Steven Spielberg, George Lucas and Oliver Stone. Perhaps Star Wars: The Force Awakens' director JJ Abrams says it best in remarking, "John behaves like somebody who's never read his own resume". I've had the privilege of interviewing many fine Hollywood composers over the years, including the likes of Michael Giacchino (Up, Star Trek, Rogue One), John Powell (Happy Feet, Ice Age, How to Train Your Dragon) and Benjamin Wallfisch (Hidden Figures, It, Blade Runner 2049), and without fail they all point to Williams as the composer who pushed them towards a career in film music. What Williams achieved with 1977's Star Wars: A New Hope in particular was nothing less than a wholesale resurrection of the symphonic film score, laying the route for celebrated Eighties composers including James Horner (Titanic, Braveheart, Avatar), Alan Silvestri (Back to the Future, Predator, The Avengers) and Danny Elfman (Batman, Mission: Impossible, Silver Linings Playbook). 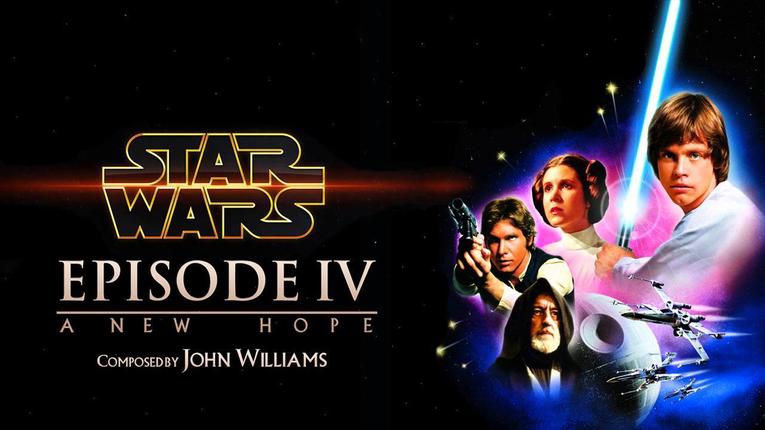 Yet, as I often point out when waxing lyrical about film music (which happens a lot), there is so much more to Williams than the bombastic sound of adventure. From his early days as a pianist and arranger for the likes of Henry Mancini (The Pink Panther theme, Charlie's Angels original theme), to his 1960s jazzy offerings under the name Johnny Williams, his heart-rending lyrical Jane Eyre (said to be Williams' own personal favourite score) to the terrifying, Stravinsky-esque strings of War of the Worlds, he's a far more versatile musician than many of us care to imagine. 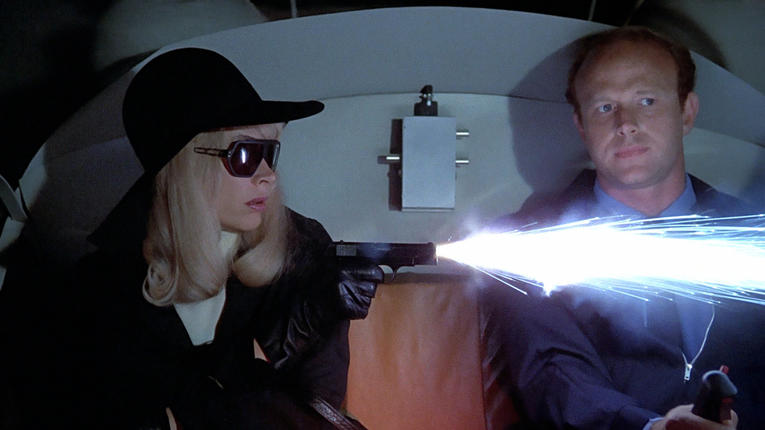 That's why this season of John Williams' music at Watershed is so exciting - and important. It's a showcase of his capabilities across a variety of genres, while demonstrating his underrated capacity for sly musical humour. His first, and only, collaboration with Alfred Hitchcock, Family Plot (Sun 7 April, 12:00), is an intentionally ironic blend of dark comedy and ethereal mystery, utilising light choir and choppy strings that perfectly captures the film's mischievous spirit. 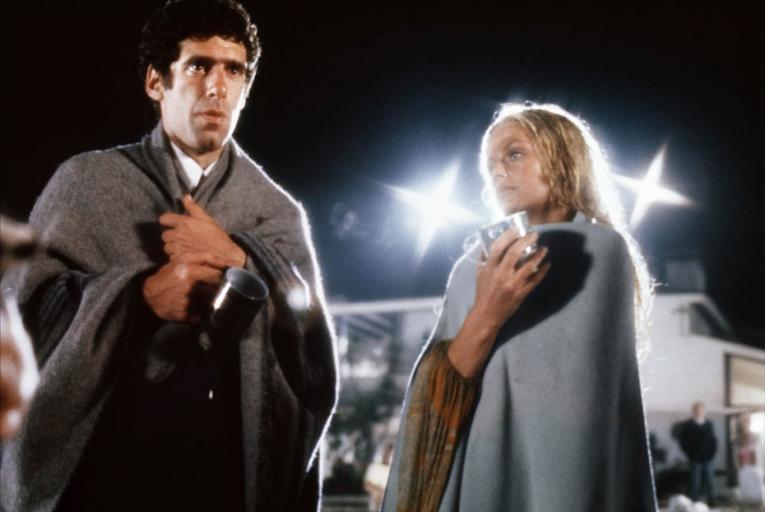 His score for Robert Altman's private eye movie The Long Goodbye (Sun 14 April, 12:00) consists of a host of variations on a single jazz theme, heard both diegetically (within the movie itself, on a radio and TV) and floating outside of it in a traditionally non-diegetic way. The infectiously snazzy riffs of How to Steal a Million (Sun 21 April, 12:00) couldn't be further removed from the stirring canvas of Star Wars, while the tempestuous The Killers (Sun 28 April, 12:00) demonstrates Williams' underrated capacity for angular, dissonant music. 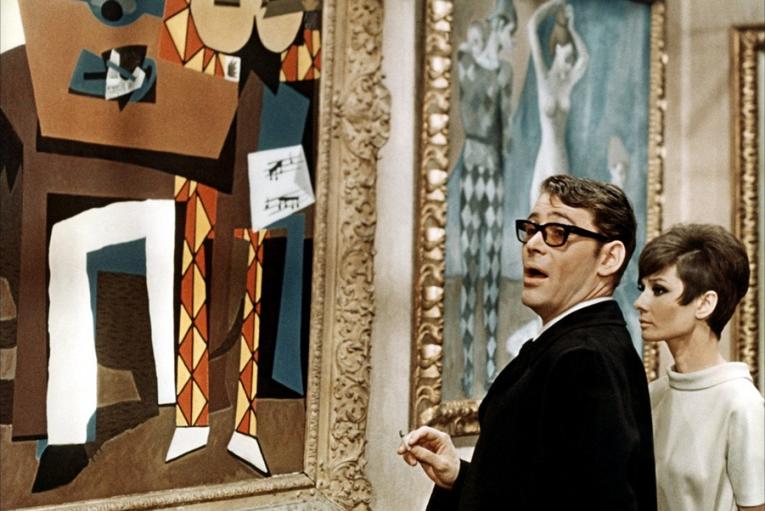 Truth be told, such a diverse collection of scores barely scratches the surface of the composer's extraordinary career, one filled with wit, range and the ability to adapt to virtually any musical idiom. However, this Watershed season is the ideal starting point for those looking for hidden sides to, arguably, the greatest film composer of the 20th century.

The Early Scores of John Williams Season To accompany Colston Hall’s screening of Steven Spielberg’s E.T. The Extra Terrestrial: In Concert, with a live orchestral performance, throughout April we’re putting the focus on some of its iconic composer John Williams’ earlier musical scores.  Find out more Family Plot Please note: This was screened in April 2019 John Williams’ landmark score for this diabolically funny suspense-comedy holds an important place in film score history, arriving just after he’d completed his iconic score for Jaws, it’s also the soundtrack to the last film ever made by the great Alfred Hitchcock.  Find out more The Long Goodbye Please note: This was screened in April 2019 One of the finest films from the 1970s, Robert Altman's masterly take on Raymond Chandler's iconic final novel features Elliot Gould in laid-back form as private eye Philip Marlowe and an unusual request from its director to composer John Williams for its jazz laden score.  Find out more Conversations about Cinema We think cinema is the start of a conversation. Talking to you at our Box Office, in the Café & Bar, before and after the films, online on social media, and reading your comments on our noticeboard deeply enriches the way we all understand the films we’re watching.  Find out more