Taking inspiration from the pioneering Il Cinema Ritrovato festival in Bologna, Italy, Cinema Rediscovered celebrates great films back in the cinema, giving audiences an opportunity to discover - or indeed re-discover - new digital restorations, film print rarities of early cinema, and contemporary classics on the big screen in cinemas including Watershed and Curzon Cinema & Arts (Clevedon), one of the oldest continuously-running cinemas in the UK. The South West may not have Bologna's spectacular Piazza Maggiore or balmy weather, but we share a passion for great cinema, a forward-thinking approach to the history of film, and a taste for good local gastronomy. 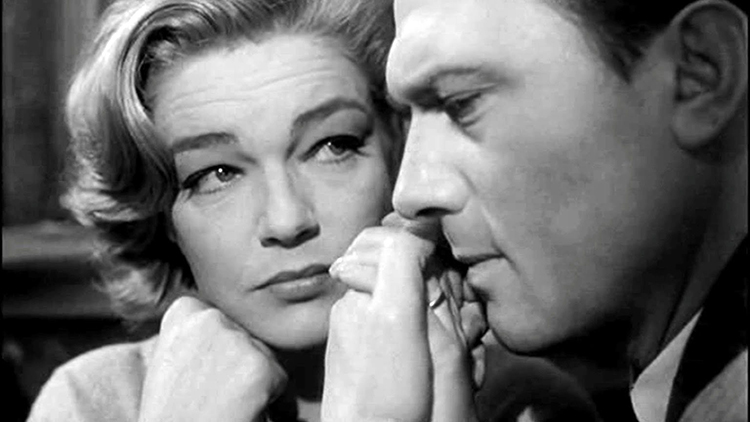 Whether you're a seasoned cinephile or new to cinema, there will be something you can watch or get involved in - from restorations including the world premiere of the wonderful epic British historical drama The Lion in Winter (StudioCanal), which forms the centrepiece to a tribute to the late cinematographer Douglas Slocombe, to Losing Ground, (ICO) one of the first fictional feature films written and directed by black female American director, as well as the UK premiere of Room at the Top (Park Circus - pictured) hailed by the Guardian as "a film that genuinely changed British cinema for ever." There are also family friendly screenings and events with The Wizard of Oz (3D) and Hands on Film kids workshops and experimental films. We also partner with Autograph ABP for a series of Black Atlantic Cinema Club screenings and discussions celebrating unseen contemporary films and archive classics including writer/curator Karen Alexander presenting Christopher Harris' dreamlike cine-poem on his hometown, St. Louis, still/here (2000) and a very rare showing of cult film Ganja & Hess (1973) presented in a 35mm print preserved by the Museum of Modern Art with support from the Film Foundation.

Film restoration and preservation is a great challenge as highlighted in the BFI’s recent Film is Fragile campaign. As part of Women In Archives, we welcome special guest Miranda Pennell (The Host, 2016) as well as representatives from the East Anglian Film Archive (EAFA) and South West Film & Television Archive (SWFTA.) Bristol Archives alsobring you a hand-picked selection of films from the largest archive collections of amateur film shot in the British Empire and Commonwealth is held here in Bristol and we show Pietra Brettkelly’s recent documentary A Flickering Truth (2015), which follows a group of dedicated Afghan cinephiles who struggle to protect and restore 8,000 hours of film.

We’re also delighted to welcome guests Director Gian Luca Farinelli and Co-ordinator Guy Borlée from Cineteca di Bologna to present to present three special Il Cinema Ritrovato screenings here in Bristol. Signore & Signori (The Birds, the Bees and the Italians, 1965, Hollywood Classics) is a darkly humoured send-up by one of Italy’s most prolific directors Pietro Germi set in the small northern Italian town of Treviso; whilst In Search of Colour is a historic programme of striking shorts restored by Cineteca Di Bologna’s L'Immagine Ritrovata lab celebrating the debut of colour film. All this plus the striking debut feature by the 26 year old Marco Bellocchio, I pugni in tasca (Fist in the Pocket, 1965, restored in 4K) which anticipated the imminent youth rebellion and social upheaval in Italy and wider afield whilst offering a challenge to the traditional conception of Italian family values.

If you want to immerse yourself in a unique history of cinema then you can watch the complete fifteen-hours of Mark Cousins' seminal The Story of Film: An Odyssey screening free of charge over multiple days in an informal setting. There'll be plenty of opportunities to talk cinema including some Conversations about Cinema sessions hosted by the team behind Cinema Rediscovered and the closing night Park Circus Presents: 20th Century Flicks Quiz. For cinema professionals who work with, or want to begin programming, archive film look out for the Independent Cinema Office’s Archive Screening Day 2016 at Watershed on Thu 28 July.