Speaking at last year’s Cinema Rediscovered Philip French Memorial Lecture, writer and film historian Pamela Hutchinson discussed alternative ways of talking about film history and authorship. “We put the director’s name before the film… and one of the things I’m trying to do is not put a man’s name in front of a film unless you really need that man’s name to be there,” said Hutchinson. “Why are you saying this man’s name first? It might not be the full story.”

An obsession with auteur theory, which privileges the director as the author of a film above all others, tends to push out more rounded and nuanced readings of how cinema is made. The emigre directors whose work is featured in Cinema Rediscovered’s When Europe Made Hollywood season are all male, and they are all men who have been celebrated in retrospect as auteurs. Yet that does not mean that the European influence on Hollywood during this period came exclusively from men. Female emigrees also played an important role in shaping Hollywood’s Golden Age – both behind the scenes and in front of the camera.

Hollywood is a city of strays and runaways, a place that has always attracted people from around the world who dream of something bigger and shinier. In its early years, when film was still an unknown quantity as an artform and a commercial prospect, this unremarkable Californian town served as a magnet for mavericks, experimenters, and opportunists. By the 1920s though, that scrappy spirit had been swept away by the establishment of film as big business under the auspices of the studio system.

The churning conveyor belts of the dream factory required a constant supply of talent, and to fulfil this appetite studio executives turned their attention to the avant-garde and progressive European film scene. German, Austrian, and Hungarian directors such as F.W. Murnau, Michael Curtiz and Josef von Sternberg were courted by American studios. They would later be joined by a wave of artistic exiles – the likes of Billy Wilder and Robert Siodmak – on the run from fascism. These filmmakers continued to push boundaries within the studio system, weaving their disparate experiences and outsider perspectives into the fabric of a supposedly all-American artform. This collision of art, technology and industry would create the conditions that would facilitate Hollywood’s Golden Age, a period of intense creative output stretching from the mid-1920s to the early 1960s which established the global dominance of US cinema. 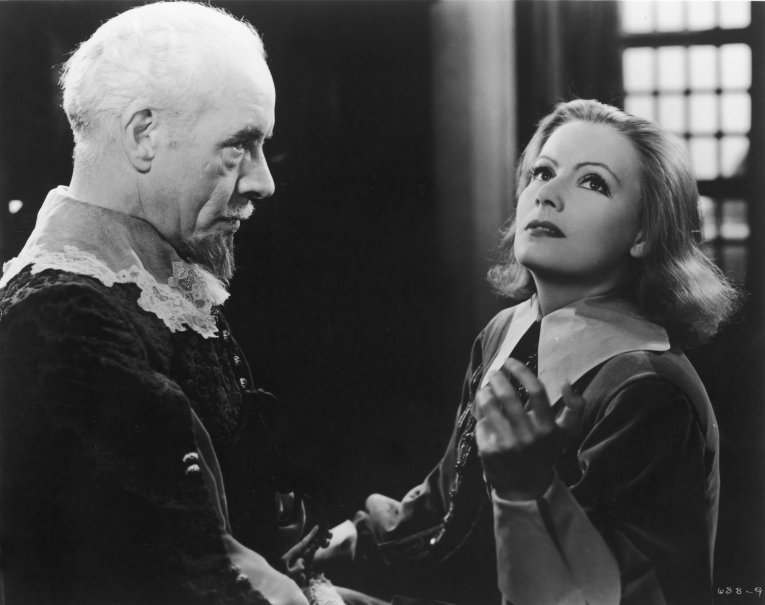 Tellingly, two of the biggest and most distinctive stars of this era came to L.A. from Europe and soon established themselves as icons. Greta Garbo and Marlene Dietrich both arrived in Hollywood closely bound with male directors. Garbo sailed to the US from Stockholm in 1925 alongside director Mauritz Stiller, who had been scouted by MGM and had insisted that his favourite actor should be part of the package. Dietrich had been spotted in Berlin by Josef von Sternberg, and after the international success of their first collaboration Blue Angel (1930) the pair moved to Hollywood to produce a series of films together for the studios. Both Stiller and Sternberg played a crucial role in spotting the talent of these future stars and facilitating their arrival in the US film industry. However, to read their relationships simply as a case of controlling Svengali and pliable starlet is to fail to acknowledge the role that both these stars would play in refining and maintaining their astonishingly potent star personas. Garbo and Dietrich might have started out as protégés, but by the end of their careers they had become authors.

When we talk about female stars, too often we reduce our assessments of them simply to a tallying of their physical assets without acknowledging the artistry that goes into building and sustaining stardom. There are many beautiful people in the world, but only a tiny number become famous and even fewer become icons. Both Dietrich and Garbo had astonishing faces, broad, beautiful, and capable under the camera’s gaze of magnifying tiny flickers of emotion to hypnotic heights. This is an extraordinary ability, but their talent was not simply one of luck and instinct. Garbo had first appeared in front of the camera, and by 17 had begun training at Stockholm’s Royal Dramatic Theatre, where she learned to refine each gesture for maximum impact, a skill that would serve her well in silent cinema. Dietrich had already spent more than a decade working as a singer and actress before she was cast by von Sternberg. Both women absorbed the mentoring of their directors and quickly learned how to maximise their impact on screen.

The relationship between Dietrich and von Sternberg was particularly significant. The pair would go on to make seven films over 15 years, and the work that they did together is generally seen as the high point of both their careers. When examined from this perspective, that relationship seems much more co-dependent and symbiotic than that of an artist and (his) muse. Films such as Morocco (1930) and Shanghai Express (1932) are defined as much by Dietrich’s contribution as von Sternberg’s. 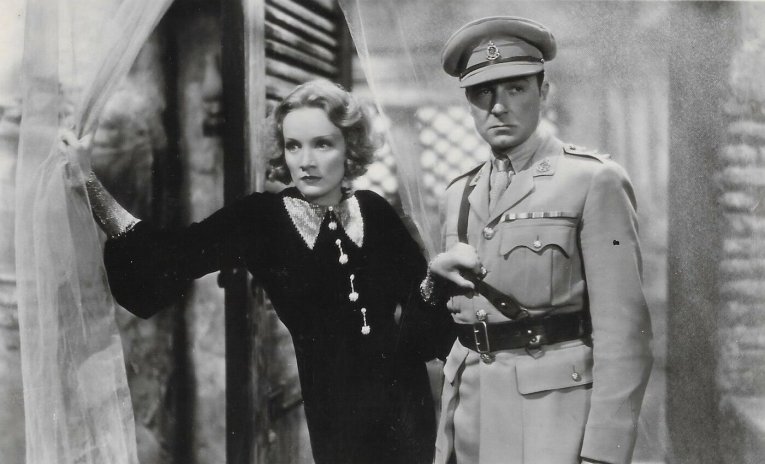 Garbo and Dietrich weren’t passive blank canvases, they were skilled artists who actively moulded their own star images, both on and off screen. From an early stage Garbo fought against the cookie cutter expectations of the studio star machine, avoiding the cheap publicity stunts and insipid interviews expected of her as a budding starlet. Instead she would push to work with portrait photographers who would burnish her image as a glamorous unknowable enigma. As soon as she had a few hits under her belt, Garbo used that leverage to negotiate a contract, which would allow her to exert an unusual degree of creative control over her projects, including choosing her scripts, co-stars, and directors.

Interestingly, both Garbo and Dietrich cultivated famously androgynous identities, blurring the lines between genders to channel a decidedly ambiguous sexual energy. As Europeans with recognisably foreign accents – they were never going to pass for hearty mid-western girl next door types – Garbo and Dietrich seem to have been able to get away with things their US counterparts could never have managed (the one exception being the spiky, singular Katherine Hepburn). Off screen both actors relished dressing in coded masculine clothing, trouser suits and shorts for Dietrich, men’s shirts and oxford shoes for Garbo. Their most memorable roles - Dietrich singing in a tuxedo in Morocco, Garbo cross dressing to sneak away from royal life in Queen Christina – flirt with ideas around identity and gender, establishing both stars as queer icons.

This sexual ambiguity extended into Garbo and Dietrich’s off-screen lives. Both women were rumoured to be part of the “sewing circle,” a private network of lesbian and bisexual women which lay at the heart of Hollywood’s clandestine queer scene during this period. The circle played a crucial role in connecting women both personally and professionally during a time in which the film industry was ruled by often abusive male executives and (from 1934 onwards) the homophobia and misogyny of the Hays Code. 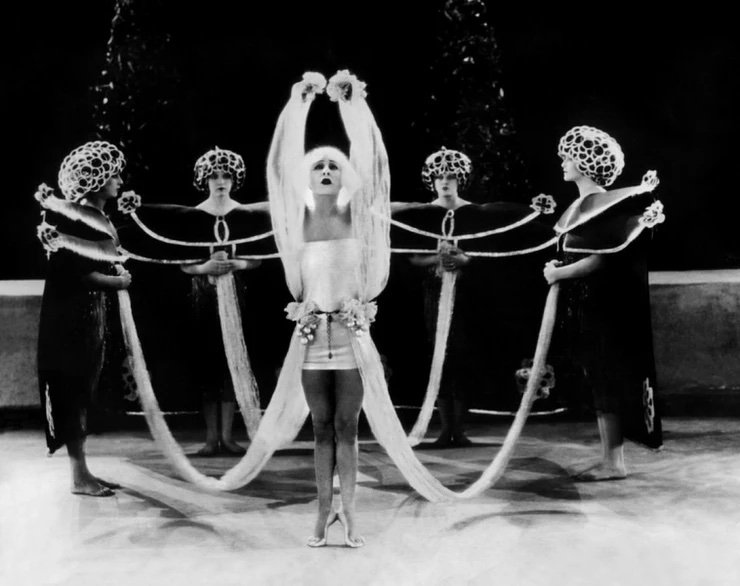 The term sewing circle is credited to have originated with Alla Nazimova, a Russian actor, producer, and director who was one of the group's most productive and fascinating members. Nazimova was married to a man but openly bisexual, and her queer identity fed directly into her work. Her most notable work, the 1923 silent film Salomé (which screened at Il Cinema Ritrovato this year) is credited to male director Charles Bryant, but was likely co-directed by Nazimova, who also produced and starred in it. Visually spectacular, highly stylised, and quite brilliantly camp, Salomé was the product of close collaboration between Nazimova and designer Natacha Rambova (who also adapted the script from Oscar Wilde’s play). Although a commercial flop at the time, the film has recently been reassessed as one of Hollywood’s first art films and a queer landmark.

Austrian Jewish actor and screenwriter Salka Viertel is another fascinating, and largely unsung figure of this period who moved within these quietly influential circles. Viertel was an established part of the Vienna theatre scene when she moved to Hollywood with her husband in 1928. In 1930 Viertel met Garbo, with whom she had a fling. The two women became lifelong friends and Viertel would dedicate much of her career to writing roles for the star. Although many of her screenplays were rejected – Garbo was famously picky about roles and protective of her image – Viertel did go on to write the scripts for both Queen Christina (1935) and Anna Karenina (1935).

Viertel also played a pivotal role in connecting the expanding European expatriate community in Hollywood. During the 1930s, Viertel’s modest Santa Monica bungalow became a sanctuary for exiled artists, filmmakers and writers including the likes of Thomas Mann, Bertolt Brecht and F. W. Murnau. In Viertel’s home these emigres could speak German to one another and enjoy comforting plates of homemade Apfelstrudel, while discussing art and politics, and perhaps bumping into Charlie Chaplin, another friend of Viertel who was known to pop by for dinner. 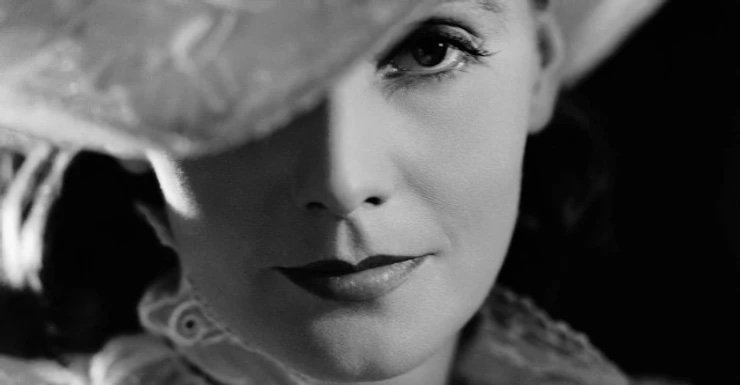 By providing a sanctuary and meeting place Viertel played a crucial, but now invisible, role in connecting these European emigres with one another and with the film industry. Yet, in a cruel twist, after the war Viertel was accused of having communist sympathies and blacklisted, ending her screenwriting career and precipitating the collapse of her salon. In the aftermath of World War II, a wave of conservatism and anti-communist sentiment transformed Hollywood from a place of safety to a site of persecution, and many of the emigres who had once gathered in Viertel’s home returned to Europe. Viertel herself moved to Switzerland, where occasionally she would be visited by her friend Garbo, who had herself famously retired from film in the 1940s. Decades after a golden period in Hollywood history had ended, Viertel and Garbo’s friendship continued to endure.