I absolutely adore IFFR; it’s a festival that speaks passionately to its audience and really knows how to get under your skin – in a good way. This year, the focus was on feelings – those complicated things that help us understand and process our humanity. After ten days and more than thirty films, I can honestly say that I've had them all. 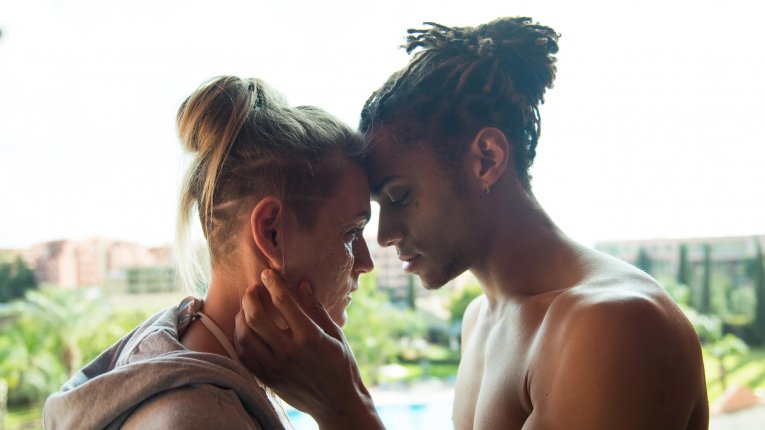 My festival started with Sacha Polak’s explosive depiction of a young woman’s recovery from an acid attack, Dirty God. Opening the festival (before flying off to Sundance), Sacha Polak's third feature film is sure to take the UK by storm. Following in the tradition of her first two films, Hemel and Zurich, Dirty God follows a woman up against the world, with no idea of how to help herself. Polak's first film in the English language, Dirty God is set on a London council estate, and is an empathetic and energetic ride. Jade, played with guts (and then some) by newcomer Vicky Knight, has to somehow get her life back on track, as a mother, as a woman, and in a society that wants us all to be staring vapidly at reflections of our outer not inner selves. Thanks to both a banging soundtrack and a gorgeous contrasting palette of natural and artificial light, we are drawn into Jade's world, for better or worse.

Not quite so banging but still rating among the top five films in the audience polls at the fest, is another British film we can expect to see in the Spring, Brian Welsh’s ‘90s Scottish rave culture throwback, Beats. Unfortunately, it’s not just the tracks that are familiar here, the characters also fit a stereotyped mould, which halts this entertaining enough film from becoming the breakout hit it might otherwise have been. 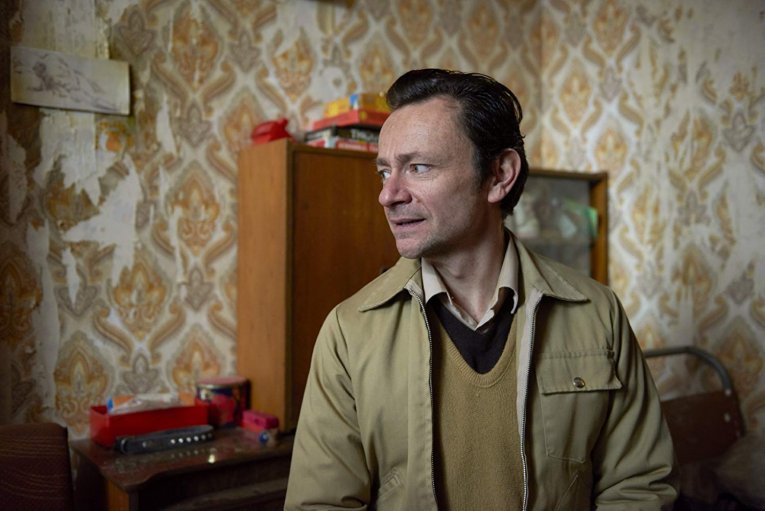 Thankfully, there was one British film that really did hit the mark: Richard Billingham’s Ray & Liz (Fri 8 - Thu 14 March). An absolutely devastating depiction of Billingham’s own family home, the film is based on visual impressions from his life. His earnest and even loving eye brings the story vividly and sometimes painfully to life, but in a way that is neither pitying nor judgemental. Building on a video artwork called Ray that he made in 2015, Ray & Liz is undoubtedly upsetting – occasionally violent, often deprived – but doesn’t pull crudely on the heartstrings to elicit emotion. Instead, it simply asks us to look and to understand that life is frank, and sometimes that also means it’s also tough. While some of you may already have been lucky enough to catch our preview screening and Q&A with Billingham in January, it's only a stone's throw away from returning to our screens and, owing to Billingham's background in photography, is an absolute big screen must see. 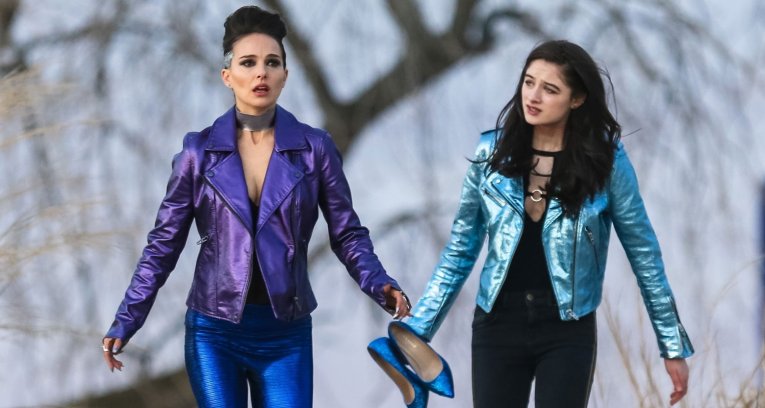 But the biggest, boldest and most bombastic images I saw in Rotterdam were all in Brady Corbet's Vox Lux, looming large as I sat second row in the IMAX. Seeing Natalie Portman give a truly excruciating performance (which, unbearable though it undoubtedly is, is kind of the point!) as the whiny adult product of teen stardom, cranked my feelings all the way up to eleven. The funny thing about Vox Lux, though, is that my feelings towards it keep changing: I really enjoyed the first half of the film, which is very accomplished and a well-observed depiction of a teenager's experience of surviving an attack; then I kind of hated the second half, only to revisit it, days later in my thoughts, with curiosity. I think as I write this that I might be somehow softening to its approach. I guess it's like the first time you taste umami.

From actor turned filmmaker Brady Corbet, whose 2015 debut feature, The Childhood of a Leader, I thought had incredible promise, I am at least intrigued, even if not entirely convinced. Vox Lux hits our screen in May, so whatever the consensus, I really look forward to seeing it again, and to talking about it at length – as a metaphor for America that turns a story of a school massacre into a commentary on pop culture and the narcissistic nature of capitalism - well, this is one film I just can't shake. 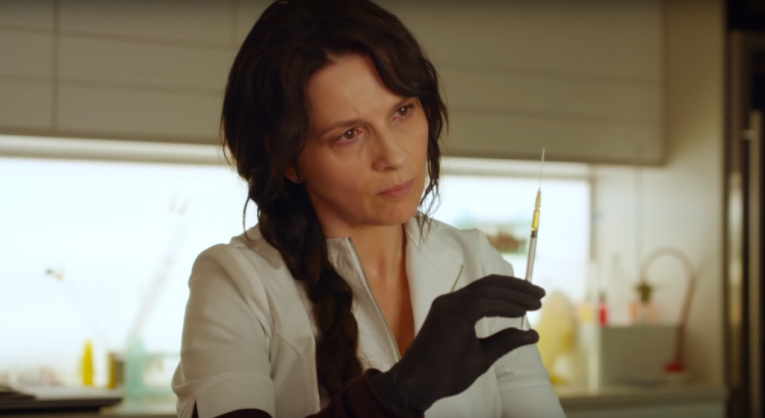 Another film that elicited conflicting emotions, and even a little confusion, is Claire Denis’ much anticipated English language sci-fi, High Life. The premise sounds simple enough: a father and daughter try to survive in deep space after the rest of the crew have died. And yet, the film is anything but simple; the crew are ex-cons, who have been tricked into a mission en route to explore a black hole that might be an alternate energy source, but actually they are catipulting towards nothingness, as lab rats, subject to sexual and reproductive experiments. Starring a subdued Robert Pattison as our unwitting protagonist and a terrifying Juliette Binoche as the doctor, scored by the brilliant Tindersticks, this film is still screaming its way around my head. Like most of Denis' brilliant filmography, this film requires more than one viewing. Totally unnerving, and headed our way in May. 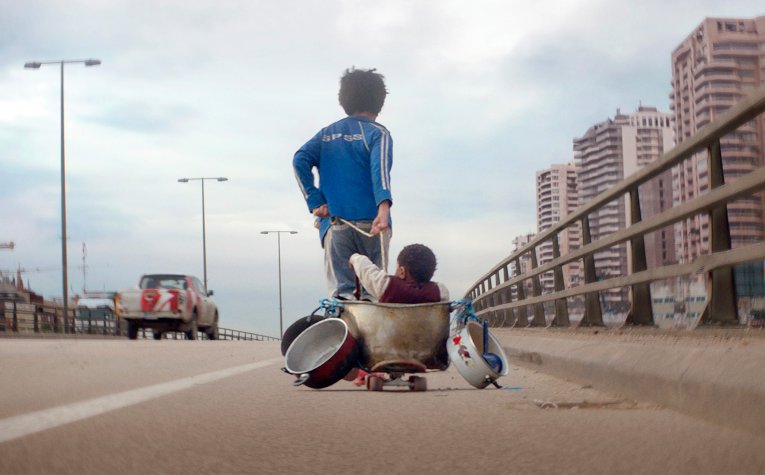 About to hit UK cinema screens and the subject of our next Conversations about Cinema screening and discussion (Tue 5 March, 17:50) is Nadine Labaki’s Capernaum (Fri 22 Feb - Tue 5 March) – a total tearjerker about a young boy who takes his parents to court for giving him life. Capernaum understandably won the Audience Award at IFFR and, as it's about as heavy on the feelings front as cinema can get! This film reduced me to a blubbering mess and, while it is an intended weep-fest for sure, it’s also a really important story about what happens to children born into asylum and poverty in war-torn territories. 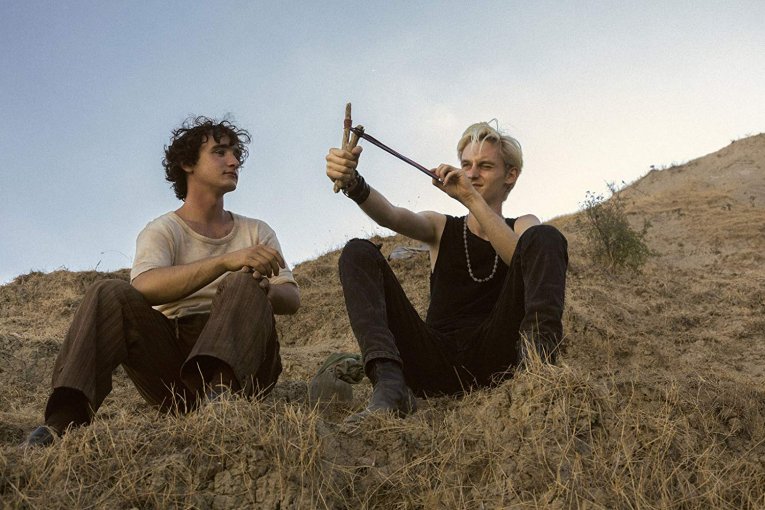 Finally, Alice Rohrwacher’s Happy as Lazzaro offers a neo-realist look at an historical rupture in modern day Italy. Whimsical yet passionately political, Happy as Lazzaro also won the Youth Jury Award at the fest. An easy win for young hearts and minds, the film follows endless optimist and starry eyed Lazzaro in film that is full of suprises. Lazzaro serves aristocracy, works hard for a living and moves selflessly through systems of exploitation set up by greedy venture capital. He represents both the past and the future of Italy, a single sole with the determination and love to make the world a better place, simply by being an elfishly honest individual. A little wide-eyed for my more bleak, heart-break cinema loving soul, Lazzaro is on his way to steal your hearts and minds in April.

There's too many more titles to mention here - and a few that I have my fingers crossed for coming to the UK, including Johannes Nyborg's Koko-di Koko-da, a genre hybrid that brings fairy tales, folk lore, horror and drama together with thrilling results, and Anna Odell's hilarious and limit-pushing experiment in alter-egos, X&Y, a somehow fictional real-life character breakdown of both herself and the sensational Swedish film and TV star, Mikael Persbrandt. Following IFFR's generous feast of feelings, I'm left full and content, with excitement and joy bubbling over as I await your responses to these remarkable and often unpredictable films.

Ray and Liz Please note: This was screened in March 2019 Celebrated British photographer Richard Billingham’s BAFTA nominated kitchen sink drama is an intricate family portrait inspired in part by his own memories and his successful series of candid photographs depicting his family in their council flat outside Birmingham during the Thatcher era.  Find out more Capernaum Please note: This was screened in Feb 2019 Winner of the Grand Jury Prize at Cannes (and recently nominated for Best Foreign Film at the Oscars®), this heartbreaking and defiant film tells the story of a poverty stricken Lebanese boy who sues his parents for the crime of giving him life.  Find out more Conversations about Cinema We think cinema is the start of a conversation. Talking to you at our Box Office, in the Café & Bar, before and after the films, online on social media, and reading your comments on our noticeboard deeply enriches the way we all understand the films we’re watching.  Find out more