Olivia Lichtenstein's fantastic new documentary, Teddy Pendergrass: If You Don't Know Me (Fri 22 - Thu 28 Feb), completely blew me away - and not for the reasons I thought it would. Sure, I remember Teddy Pendergrass, but only once I heard his beautiful, gravelly voice belting out forgotten but familiar soul songs. Somehow, his persona had escaped me, though. I couldn't help but wonder why such a charismatic and talented man had faded in both my own memory but also in that of our collective catalogue of contemporary soul super stars. Curious and keen to find out, I caught up with the best in the biz, Bristol's own Ujima radio presenter and promoter DJ Style.

"For me, Teddy Pendergrass was among those great artists of that time. You had the likes of Barry White, Marvin Gaye, Smokey Robinson and ... Teddy Pendergrass’s name is not mentioned as frequently as it should be. He was of that same class of artist: a man whose baritone as a singer was second to none. His music was so touching that he could go from making a ballad to making a real party dance anthem."

The mystery, DJ Style told me, is not so much that Teddy Pendergrass wasn't a huge star on the make, but that he's become far more quietly regarded among fans, "There are names that we are constantly mentioning when we talk about R&B, you know, and soul artists; your Otis Reddings, Curtis Mayfield, Stevie Wonder, those name are a pivotal part of R&B and when people talk about R&B artists, I feel sometimes they don’t mention or reference Teddy, but he’s still regarded." 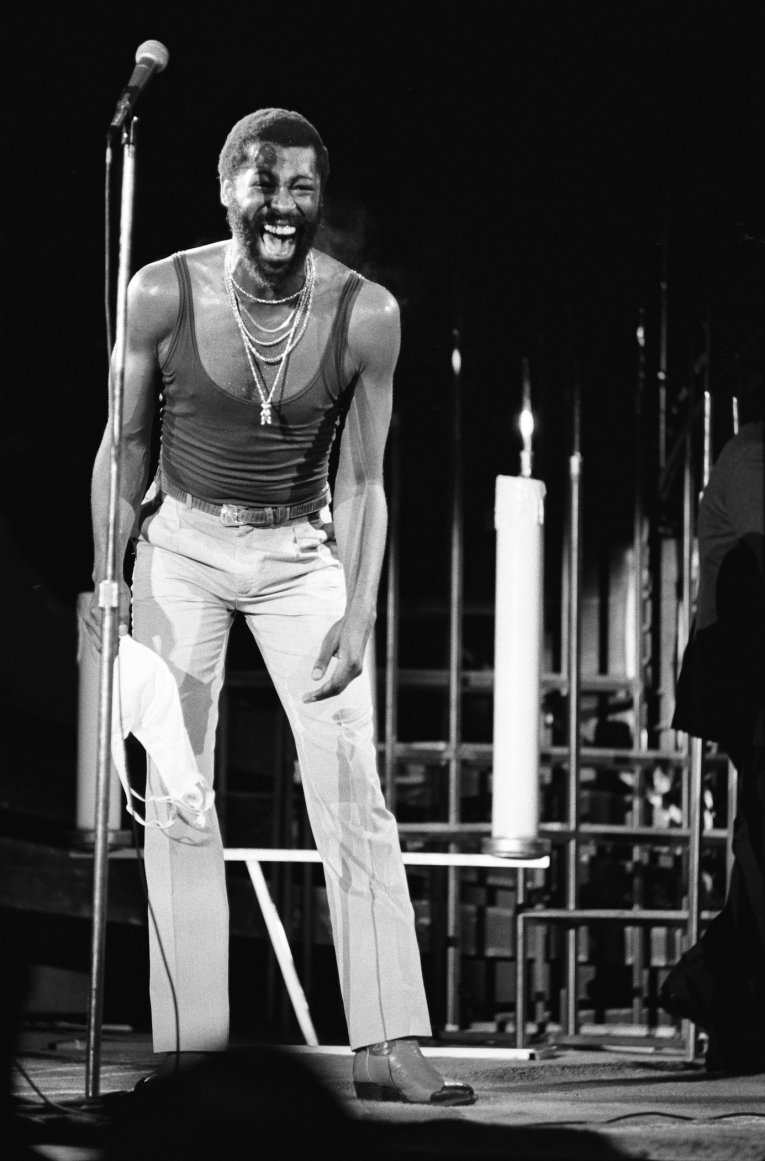 His talent was both pioneering and impossible to ignore, "He’s led the way in male soul singers, being someone who came from the church, as a gospel singer as well. He actually taught himself to play the drums, and then when he got invited, I think, to work with The Blue Notes, he was a drummer in the group, I think someone overheard him singing, and that led to him becoming one of the lead singers."

We also seem to have forgotten the breadth and depth of Teddy Pendergrass's career, a man on the brink of huge success, working with some of the industry's greats. DJ Style said, "For me, some of his great work was in doing duets as well. He’s done amazing duets with Stephanie Mills, Patti LaBelle, and one of my favourite songs is Hold Me In Your Arms with Whitney Houston – before she actually really broke out."

So how is it that a man of such incredible talent, working with the likes of Patti LaBelle and a young Whitney Houston has faded from our minds? "I just feel," DJ Style continued, "As big of an artist as Teddy Pendergrass was and is still regarded, I feel to some extent that his skill and his talent has kind of slipped under the radar, and I don’t know if that’s purely that, obviously following his accident… you know, he continued to make music and made a number of hits but I guess he slowed down over a certain matter of years." 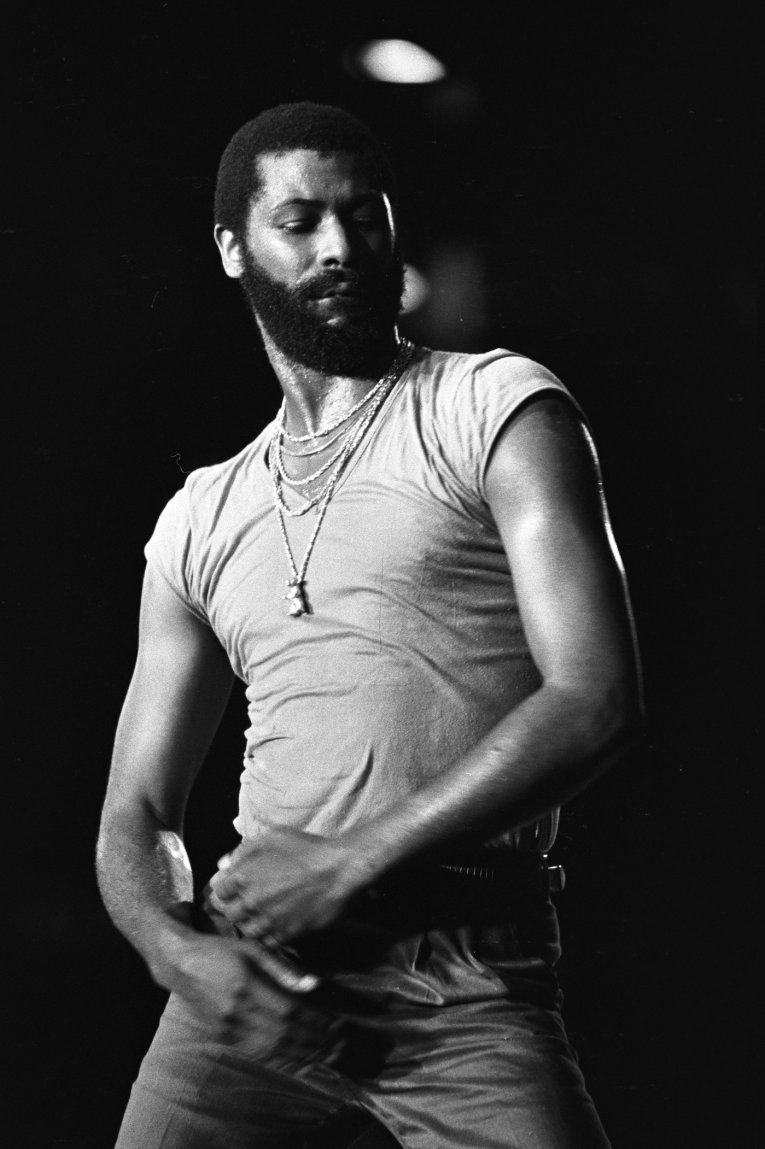 But now is the perfect time to rediscover his unique and blinding talent, "It’s quite an interesting story as well, him as an artist." he told me, "He’s someone who just resonates with me all the time. I could listen to his music all the time and it doesn’t sound dated. You go back to some of his work now and it really does, it lasts the test of time, and I know it’s a cliché, but it really does! If you think of where music is at this moment, and there seems to be a resurgence of that soul, that disco – you got your Bruno Mars coming out doing stuff, Mark Morrison has got that crossover style sometimes when he does that sort of funky disco feel - these guys are pivotal to that whole sound, that whole creation ... You know, I know the likes of people like Keith Sweat, I know Aaron Horn, have been artists who have really sort of based their sound in - to be around Teddy Pendergrass."

"When you say the name Teddy P it just means one thing: a great style of music and it’s another level, you know. It’s first class, Teddy P level. He’s an amazing artist and I’ve just got an ample amount of respect for his career and his talent."

Filmmaker Olivia Lichtenstein joins us on Thu 28 Feb, 17:30 for a special Q&A.

Teddy Pendergrass: If You Don't Know Me Please note: This was screened in Feb 2019 The extraordinary untold story of Teddy Pendergrass, who was poised to be the greatest soul singer of all time, until an untimely accident changed his life forever.  Find out more Getting to know Teddy Pendergrass: Part 1 Article by Tara Judah Countless music docs have taught us that talent alone isn’t enough. To really make it, you have to be a star. But what if all the elements are aligned and destiny has other plans? Teddy Pendergrass: If You Don't Know Me charts the rise of a true star who ought to be a household name. Cinema Producer Tara Judah talks to writer, historian and soul music fan Edson Burton about one of the world's lesser known, but quietly loved soul singers.  Find out more Conversations about Cinema We think cinema is the start of a conversation. Talking to you at our Box Office, in the Café & Bar, before and after the films, online on social media, and reading your comments on our noticeboard deeply enriches the way we all understand the films we’re watching.  Find out more