When I heard there was a documentary made about rap icon M.I.A., I was super excited and Steven Loveridge's debut feature doc, Matangi/Maya/M.I.A. (Fri 21 - Thu 27 Sept) doesn't disappoint. Without much of a background on her life outside of music, aside from the base line that her family came to the UK as Sri Lankan refugees, I was hoping for colour and context to her slew of banging tunes.

Loveridge knows what the viewer wants and dives straight in with the question everyone is desperate to know, “Why are you a problematic pop star?”

Steven and Maya already know each other – they met as students at Central Saint Martin’s in the 1990s - which means he can ask her directly, without seeming cold or probing. Instead, his tone is kind and knowing; he looks at her with the genuine admiration and warm curiosity of a friend. All he really wants to get at is how the multiple personas of this enigmatic woman make her so difficult for the jobsworths of the industry to accept. As complex and contradictory as any ‘real’ person, Matangi “Maya” Arulpragasam refuses to fit into any of the stereotyped, MTV ready-made boxes of the music biz.

Awarded the Special Jury Prize at Sundance, Matangi/Maya/M.I.A. is a love letter and a laugh; seriously and gently questioning the so-called controversy of a smart, outspoken activist and artist. 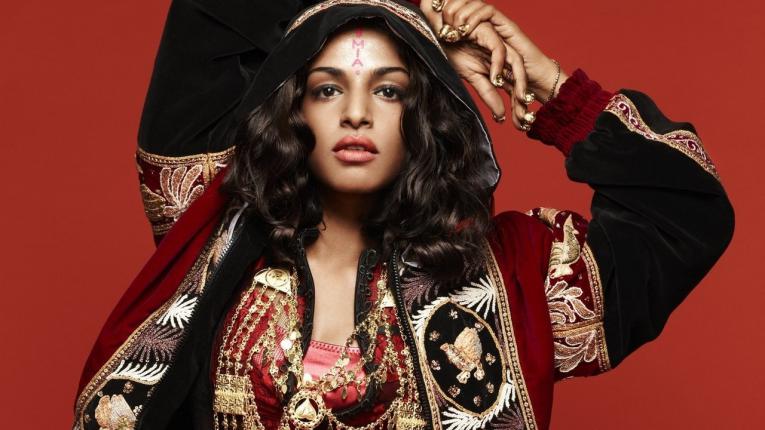 Candid to a fault, Arulpragasam laughs as she responds to her friend and filmmaker, “Yeah, why don’t I just shut up and get a hit?” Every time Arulpragasam speaks to camera she brings her A-game; unwavering honesty infused with sarcasm and sting. She’s clever and exasperated because she knows the industry is afraid of what she has: talent, confidence and integrity, in spades. What they might not have bargained for, however, is her resilience.

When it comes to music, the industry wants a saleable package, which doesn’t usually include Tamil rights activism, but, with M.I.A., you can’t have one without the other. Here, art and activism come from the same place. Both the music and the message are an extension of the essence of a passionate and powerful woman.

Exploring her titular personas through what is, largely, her own archive of filmed materials, from personal tapes to footage she shot with the intent of making her own documentary (before she found her rap career she wanted to be a filmmaker) Loveridge assembles a warts-and-all exposé. Well, of sorts. The only warts you’ll find here are stylistic. Owing to the source materials, a lot of the footage is amateur shaky cam. But Maya comes across as a kick-ass artist and activist, whatever your opinion on her music. 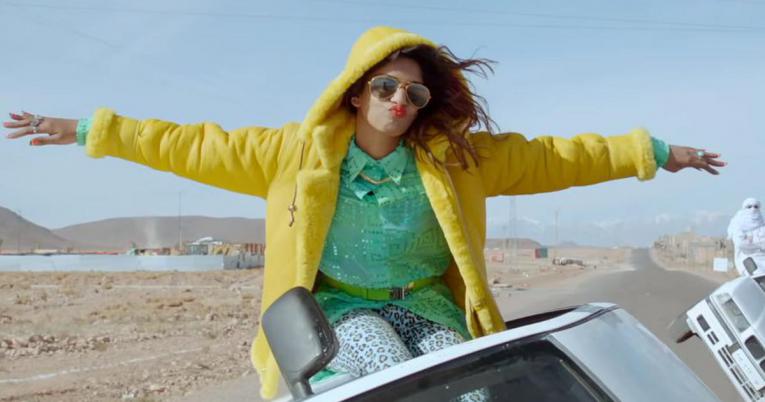 Owing to her indefatigable spirit, she never did shut up, but she did eventually get a hit. For many movie lovers, M.I.A. is the British-Asian rap artist behind the song put to Danny Boyle’s 2012 award-winner, Slumdog Millionaire, and to the movie trailer of James Franco-Seth Rogen stoner flick, Pineapple Express. But Paper Planes, as the film reveals, is more than just a soundtrack.

Loveridge’s editing of what amounts to more than 700 hours of footage is considered, even if Maya didn’t adore the end result. Despite the film winning an award and painting her in what I would consider a positive light, her fresh out of Sundance comments in an interview with Billboard suggest she was a little pissed,

"He took all of my cool out,” she says with an uneasy laugh. "He took all the shows where I look good and tossed it in the bin. Eventually, if you squash all the music together from the film, it makes for about four minutes. I didn’t know that my music wouldn’t really be a part of this. I find that to be a little hard, because that is my life. It’s not the film that I would have made." 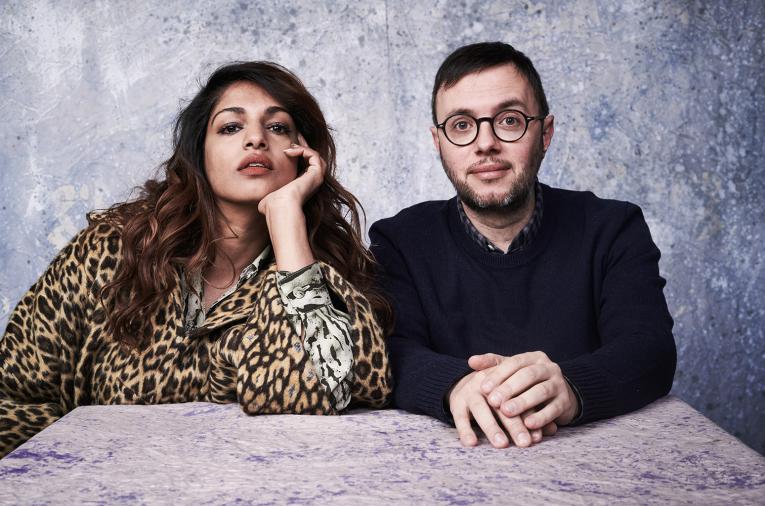 It could be that she felt left out of the final film because, looking back at the footage, it reveals a talented young woman who really did want to be a filmmaker first and foremost. Still, even without being formally credited as a maker on the film, we as viewers absolutely know that the opinions and lens through which we learn about every one of her personalities is completely hers.

Her constant feeling of being an outsider is palpable and her admittance that, “The first bit of western identity I embraced was through music,” is heartfelt and moving. Whether or not she’s considered controversial by some, her philosophies are clear, cogent and shine through.

“Your video should be a tool to bring people images of things they haven’t seen before,” she says, making it clear that all the so-called controversy, from her banned YouTube video Born Free and her slip up at the Super Bowl to that New York Times profile, are all subject to personal perspective.

The paradox, then, is not just that she’s a Sri Lankan Tamil refugee (Matangi), brought up in West London (Maya), but that she’s all of those things transposed into the neoliberal trappings of the American Dream (M.I.A.). The question this begs, is how she might leverage her fame and fortune to smash the system that lets her have her fifteen minutes to speak.

So, while it’s Loveridge, not Matangi, Maya or M.I.A. who has final approval on this project, every word, every beat and every rhythm in his edit still absolutely belongs to her.

Matangi/Maya/MIA Please note: This was screened in Sept 2018 Drawn from a never-before-seen cache of personal footage spanning decades, this is an intimate, Sundance Award-winning portrait of the Sri Lankan artist and musician who continues to shatter conventions.  Find out more Conversations about Cinema We think cinema is the start of a conversation. Talking to you at our Box Office, in the Café & Bar, before and after the films, online on social media, and reading your comments on our noticeboard deeply enriches the way we all understand the films we’re watching.  Find out more