Skip to main content
Search the site
Found in: Conversations about Cinema
Colin Farrell and Kirsten Dunst in The Beguiled
Posted by:

Sofia Coppola's 2017 film The Beguiled is adapted from both Don Siegel's 1971 version and Thomas P Cullinan's 1966 novel set against the backdrop of the American Civil war, where a Union soldier is taken in in a Southern womens' seminary.

Whilst the endings are the same Siegel's film feels very much like a Clint Eastwood film. His perspective dominates, as does his star persona. In fact, the poster for the 1971 film showed Eastwood in full frame with a gun - something which he does not use in the film but which is iconically connected with Eastwood. 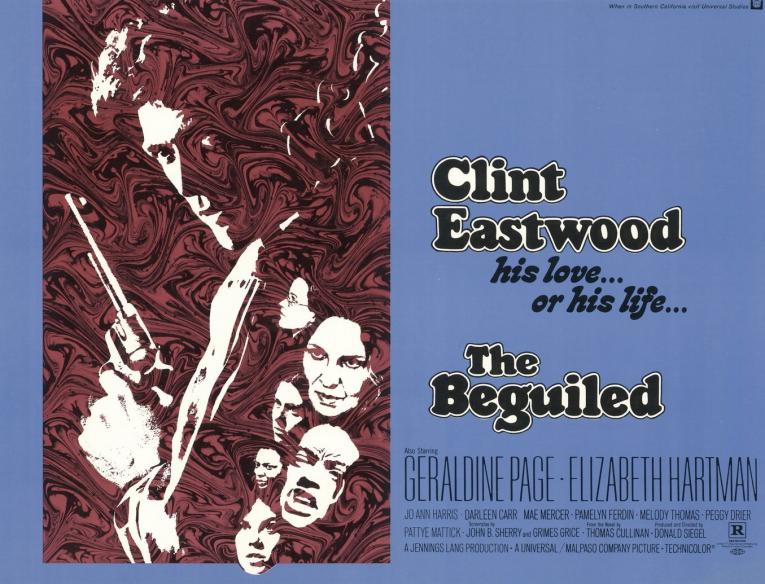 Coppola's film, however, is made very much from the womens' perspective. You do not care about Colin Farrell in the same way as you do about Eastwood (although some may disagree). The poster makes little reference to him. 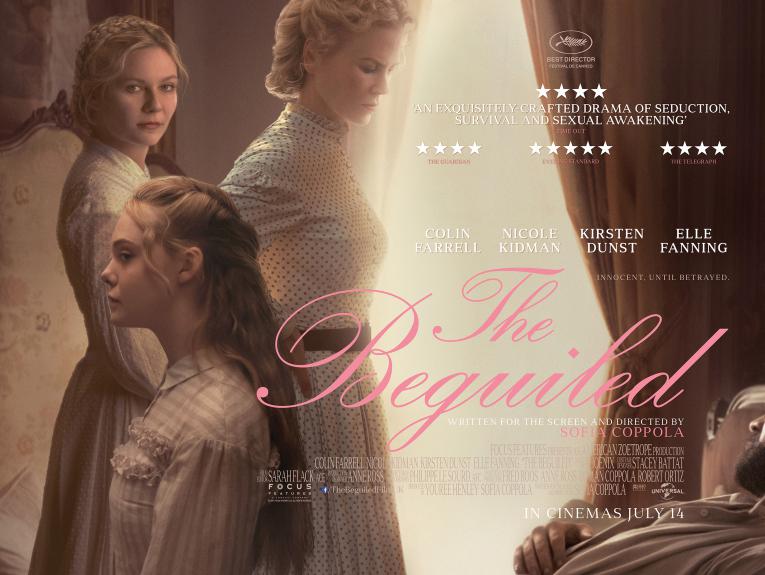 Coppola has been explicit about reframing the story from a female perspective. Whereas Siegel described his film as Castration Anxiety, Coppola's can be seen as Castration Pleasure - just watch Nicole Kidman.

In fact, when I first saw the film in May I thought of it as a variation on the theme of Stephen King's Misery, where reclusive loner Annie Wickes prepares several variations of torture for her ensnared man.

Since that first screening in Cannes the film and director have come under criticism for what is not in the film, or rather what has been taken out. The novel and the 1971 film both had a mixed race woman - here played as white by Kirsten Dunst - and a female black slave who does not feature in this version.

Coppola and the film have been accused of whitewashing. How can you make a film about the civil war and not include the black context?

Her rather naive argument - like a character in many of her films - was that she did not want to make a film about race but about gender, thereby slighting Black women twice and making it precisely about race and gender.

The online onslaught has been ferocious. With one commentator going as far to say:

"Their entire feminist identity is bound up in white supremacy. That's what this is. So just call it what it is. Say you wanted to make a racist, white supremacist fantasy, Sofia Coppola, and go."

Coppola responded a couple of days ago in an interview with Indiewire where she says that she did not want to perpetuate objectionable stereotypes - go back and watch the Don Siegel film to see what she means.

Some have said that she did the right thing by sticking to her white female world and should leave Black representation to Black filmakers such as Ava DuVernay.

The question for me - and perhaps you - is that when I watched the film in May I had no idea of the source book and just the remotest memory of the 1971 film. I enjoyed it immensely as a Southern gothic potboiler with similar narrative and thematic pleasures to Stephen King's Misery. Now though, given the arguments and issues raised: are those pleasures still open or are they - like the characters in a Sofia Coppola film - naive and cossetted from reality?

The Beguiled screens until at least Thu 27 July.

The Beguiled Please note: This was screened in July 2017 Fresh from Cannes, where Sofia Coppola became the second woman ever to win the Best Director Prize, this sizzling slice of Southern Gothic centres on a group of women at an all-girl boarding school who take in a wounded Union soldier on the brink of death.  Find out more Conversations about Cinema We think cinema is the start of a conversation. Talking to you at our Box Office, in the Café & Bar, before and after the films, online on social media, and reading your comments on our noticeboard deeply enriches the way we all understand the films we’re watching.  Find out more