Though the weather in Bristol may sometime protest, Spring is the perfect time for our senses to reawaken; suddenly our environment looks, smells and sounds different - more colourful, fresh and vibrant. There couldn't be a better time to re-awaken our cine-senses, too.

With so many special and spellbinding films on the horizon this Spring, it also seemed like the right time to delve into the magical and mysterious world of Projections, a collection of four brand new artists' moving image commissions. To accompany the films, our commissioning friends at Tyneside Cinema have also produced a beautiful booklet with new writing on the shorts, where they pose two simple yet poignant questions for all types of cinema goers:

Was the film as you expected?

What were you looking for?

Sometimes our expectations shape our experiences and, even if we aren't always conscious of it, we sit in darkened auditoriums looking for something. So, with that in mind, I'd like to invite you all to enjoy our Spring programme of Projections and feature films, each pairing ready to transport you, across unexpected planes and into unchartered, sensory cine-spaces. 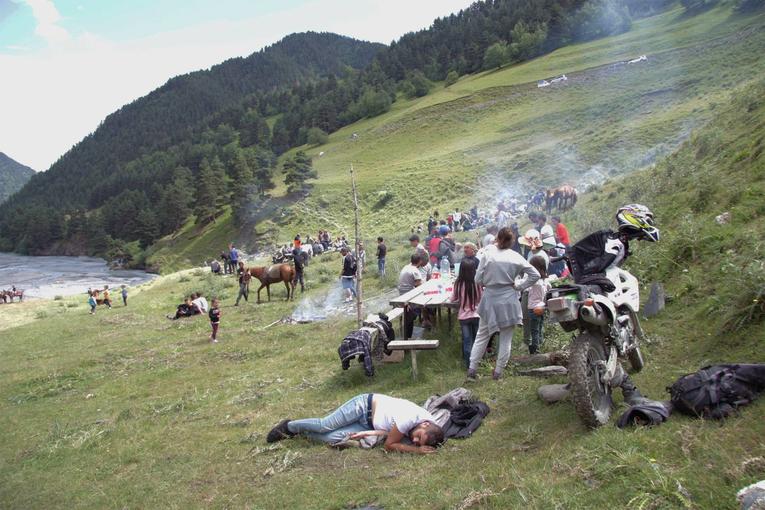 Sophio Medoidze's Xitana, set in a remote mountain area in North East Georgia, shows a community living in a region that has, in some ways, remained unchanged and untouched by the modern world. And yet, Medoidze's aesthetic and aural interventions into depicting the landscape and its people suggests that time, values and views advance at a gallop, even if the horses never see pastures new. In this way, it echoes the themes and momentum of Happy as Lazzaro, where our titular protagonist seems to be stuck between two very similar worlds - where the past and present collide, and where attitudes and gestures mean everything. Both films ask us to remove our expectations around rural living and superstition long enough to stop looking for something so we can instead look again, open and willing to see something truly astonishing. 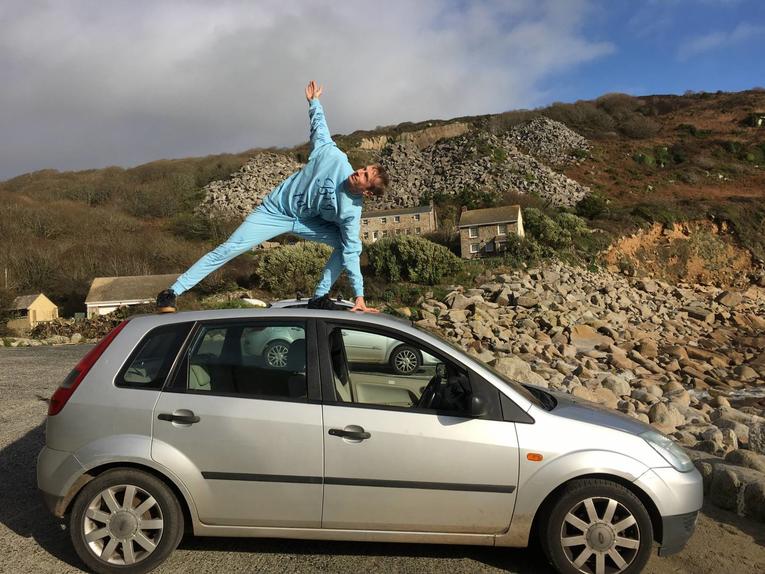 For artists Susie Green and Simon Bayliss's Big Talk, music was the starting point. Matching images that pop to the pop music track, they also hope to clear away the sands of time to reveal something playful yet somehow anguished. The so-called Big Talk of the title is something we, as citizens of an uncertain and multilayered modern world surely should have, but might never actually take place. This, along with the short film's preoccupation with screens - cinematic ones included - immediately reminded me of Brady Corbet's Vox Lux, a film that attacks celebrity culture and contemplates pop performance as a type of social violence. Scored by the late Scott Walker, with tracks by Sia and Natalie Portman singing her heart out, Vox Lux is all about how the entertainment industry uses glam and glitter to paper over the kind of big talks that society certainly should be having. 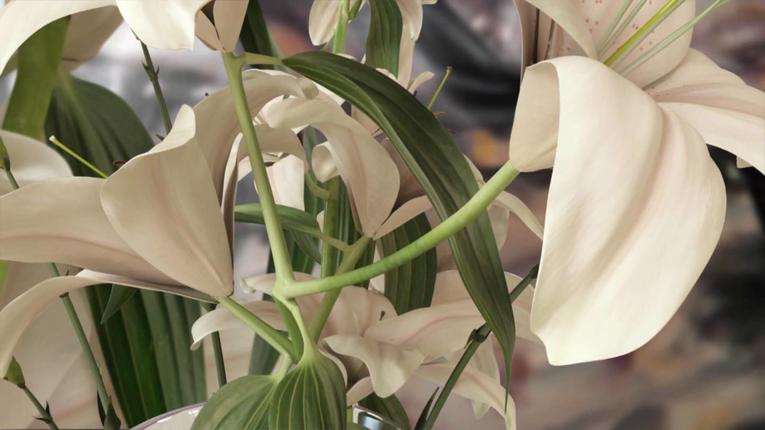 James Richard's Uncontrollable Universe offers us a collection of items and images that are both familiar and unsettling. Technology and the body sit alongside each other and time seems to disappear into another dimension as we cast our eye across the fruits of both the natural world and a manufactured reality. These items are all mini mysteries that we are invited to contemplate - but not to solve, just as master filmmaker Claire Denis invites us into her dark, disturbing world of science-fiction to think about isolation, imprisonment, black holes and the future of humanity. High Life is a sci-fi unlike any other, playing with the genre's well-established tropes but constantly calling them into question, too. With a slow-moving camera and a piercing score by Tindersticks' Stuart A. Staples, Denis doesn't use genre to entertain. Instead, she defies expectation, hurtling aspects of humanity and life on earth into the endlessness of the universe. With a slow pan and eerie sound design, Richards also hopes to highlight just how uncontrollable, unexpected and unknowable our earthly and other universes really are. 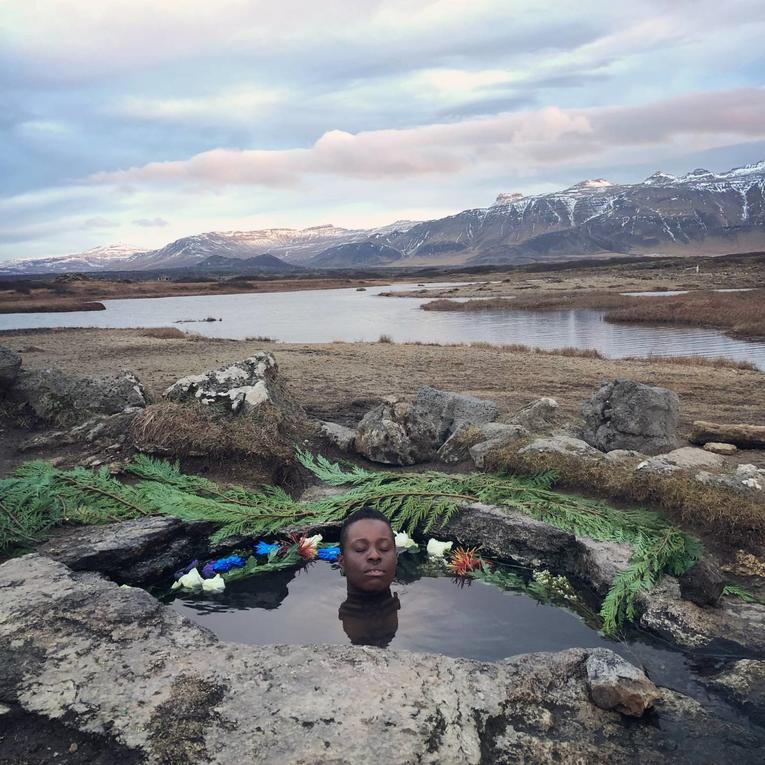 There's a round of applause in Evan Ifekoya's Contoured Thoughts that relates to the question of whether or not 'Resistance is feeling singular instead of plural'. This meditation, of or for a woman, in the middle of yet another unusual environment, partially submerged in water, is a way of questioning everything from place to personality - how our surrounds affect us but also of subjectivity and self. In Josephine Decker's fantastic new film Madeline's Madeline, a meditation on young woman's entanglement with acting as she searches for the singular version of herself among a plurality of performances, the notions of resistance and meditation as a both a method and an aim come to the fore. Ifekoya's aesthetic is layered, giving plurality to the form while Decker's is singular, but with the depth of an endless well. When watched together, we realise that resistance to such unique modes of storytelling is something we must forget so that our experiences of looking aren't singular but plural.

For more information about 'Projections' please pick up a pamphlet at Watershed.

Happy as Lazzaro Please note: This was screened in April 2019 Alice Rohrwacher follows up her 2014 hit The Wonders with this kaleidoscopic magic-realist fable about modern Italy, greed and corruption.  Find out more Vox Lux Please note: This was screened in May 2019 Brady Corbet follows up his directorial debut The Childhood of a Leader with this ferociously entertaining and provocative portrait of 21st Century America seen through the prism of a pop star (Natalie Portman) phenomenon.  Find out more Conversations about Cinema We think cinema is the start of a conversation. Talking to you at our Box Office, in the Café & Bar, before and after the films, online on social media, and reading your comments on our noticeboard deeply enriches the way we all understand the films we’re watching.  Find out more