Director Wanuri Kahiu, co-founder of the production company AFROBUBBLEGUM, presents a tender look at the trials of self-discovery and growing up amid high expectations and the gossip that rules lives in a tight-knit community with her vibrant and heart-felt film, Rafiki (Fri 19 - Thu 25 April). 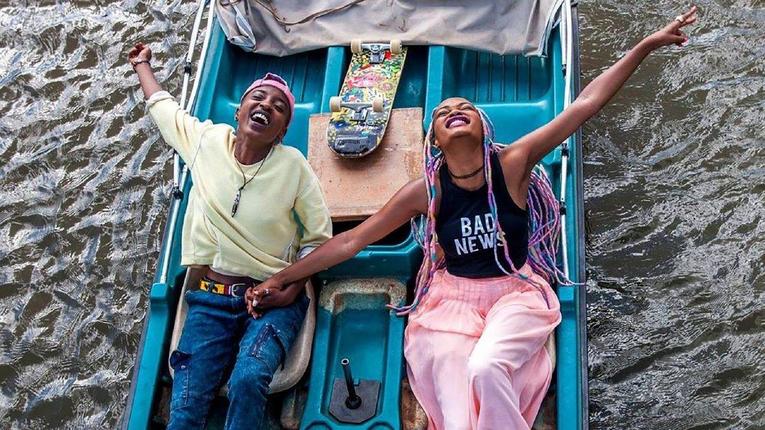 Though their fathers are political rivals in an upcoming election, Kena (Samantha Mugatsia) and Ziki (Sheila Munyiva) are drawn together by curiosity and the idea of leaving their stifled lives behind. Throughout the film, expectations are heaped upon the two women, including a gendered path that their lives are supposedly meant to follow. Kena’s tom-boyish looks and skater wardrobe are seen as exotic by her male companions, who are surrounded by girls quite literally performing femininity on the streets - namely Ziki and her friends’ dance routines on the neighbourhood steps.

Kena’s ambition to become a nurse rather than a doctor is reinforced by the same boys who allow her to play football with them because she plays like a man. While Ziki’s friends are immediately suspicious of the two forming such a close ‘friendship’ so quickly, Kena’s mother welcomes Ziki into their lives with open arms when Ziki’s influence pushes Kena to wear a dress to church, despite her protest that she’s "allergic to dresses". Complicated by the ever-watchful eyes of the gossiping Mama Atim (Muthoni Gathecha), the girls embark upon a secretive journey to find themselves and a place for their growing feelings towards one another. Subject to the fire and brimstone sermons of their church’s pastor and their hyper-visible position in society as daughters of politicians, the girls tread an ever more treacherous path between bliss and discovery. 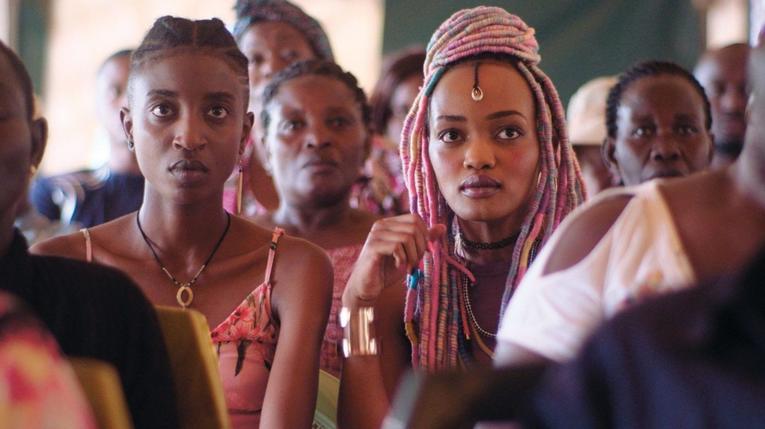 The story follows a path laid by numerous LGBT+ films before it but brings the refreshing perspective of Kenyan talent to the fore. The film’s score is entirely composed by African musicians and DJs and filmed for the most part on location in Nairobi. Although some may argue that the film falls into the usual tropes of violence against members of the LGBT+ community, it is vital to acknowledge that this danger is still the reality for many people across the world. The tenuous balance between the girls’ search for happiness and their personal safety drive much of the conflict between the two as they dive deeper into their relationship, with the ultimate crescendo of the film testing the reactions of those closest to them in light of being publically outed. 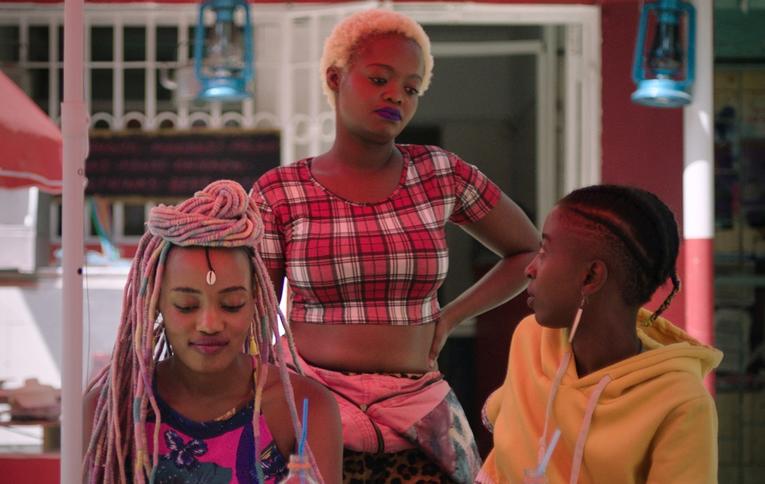 The film, restricted by the censor boards of the Kenya Film Council, relies on artistic flashes of hand-holding, brief kisses and whispers between the two girls as they discover what they mean to each other in order to frame the exhilaration and beauty of new love. When asked why she was drawn to the story in an interview with VPro Cinema, Kahiu simply states that she wanted to be able to add African love to cinematic history, a beautiful sentiment that immediately seeks to de-stigmatize the notion that LGBT+ love stories are any less valid than their heterosexual counterparts.

Rooted in the contemporary Afro-Pop movement, the film's cinematic dance sequences and bright displays of the daily lives of Kenyan youth serve as a much needed mirror held up to the conservative society at odds with a younger population, eager to evolve with the times. Beautifully black and ground-breaking in bringing an LGBT+ love story centre stage in a Kenyan narrative, Rafiki is a charming first step in exploring the stories of the wider community, beyond Hollywood.

Rafiki Please note: This was screened in April 2019 Romantic sparks fly between the daughters of two opposing politicians in Wanuri Kahiu’s neon-bright story of forbidden love. The first Kenyan film to screen at Cannes, Rafiki follows the story of two teenage girls, Kena and Ziki, whose friendship blossoms into romance.  Find out more Conversations about Cinema We think cinema is the start of a conversation. Talking to you at our Box Office, in the Café & Bar, before and after the films, online on social media, and reading your comments on our noticeboard deeply enriches the way we all understand the films we’re watching.  Find out more