It’s very hard to pin-point a single image that sums up everything Ealing Studios is and was. How can you cram the amount that Ealing means to so many in one image? Some would suggest Alec Guinness and Stanley Holloway in their workshop producing vast amounts of Eiffel Tower miniatures from The Lavender Hill Mob (1951). Others would suggest Alec Guinness dressed in a spotless white suit from The Man in the White Suit (1951) or even Alec Guinness sitting with his troop of criminals (turned musicians) with Mrs Wilberforce in The Ladykillers (1955).

For me, the image which showcases the pinnacle of Ealing’s output doesn’t have just one Alec Guinness but six of him in one shot! Robert Hamer’s Kind Hearts and Coronets (1949) is not just another Ealing film, it is THE Ealing film of all Ealing films. It is more than a mere comedy, it is, as film director Terence Davis has stated: “One of the greatest comedies EVER made.”

1948 brought major challenges not only to Ealing Studios but to cinematographer Douglas Slocombe. Dougie had just completed Ealing’s first Technicolor film, Saraband for Dead Lovers (1948). A flawed film in many ways, but a film which showcased Dougie’s technical skills and reinforced his status as one of the best cinematographers on site. So much so, Dougie was asked to step in for two weeks while the master of Technicolor, Jack Cardiff, recovered from an illness during the making of Ealing’s other key Technicolor feature film of the time, Scott of the Antarctic (1948) starring John Mills. 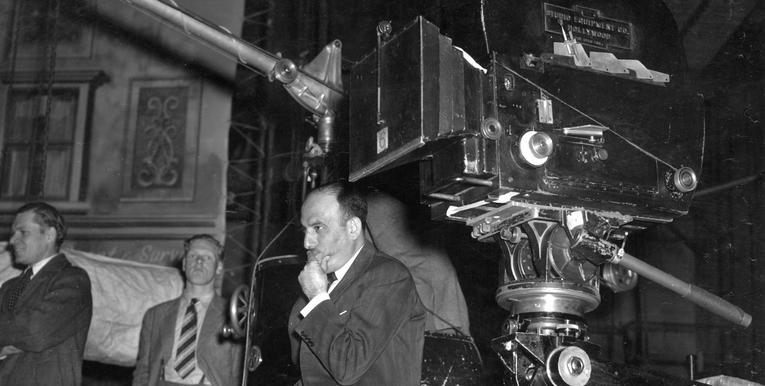 However, all films test their cinematographers. When principal photography started for Kind Hearts and Coronets in September 1948, Dougie was keen for a new challenge. Exterior scenes were shot in and around the Kent area, while interiors filmed in the usual surroundings of the Ealing Studios soundstages. As always, Dougie studied the script (one of the most enjoyable scripts he had ever read) and started to infuse his use of light and shadow into the world of Louis D'Ascoyne Mazzini (played superbly by Dennis Price) and the D'Ascoyne family (Alec Guinness). Yet one shot in the script kept Dougie from contemplating on how to do it; the shot within Chalfont Church where we see Alec Guinness playing six members of the aristocratic d’Ascoyne family (Guinness would end up playing a total of eight members of the family). This establishing shot of the family is a brief one and only used twice, making up 11 seconds of the 1 and ½ minute funeral service sequence. And yet it took Dougie a huge amount of time and effort to get this one shot to work:

“I didn’t want to use a printing process to achieve the effect - dupes in those days were very poor quality. I decided to do it in-camera. The image was divided into seven parts, which we shot one at a time, while keeping the other 6/7 blacked out. After each shot, the film had to be rewound to the first frame. Each of Alec Guinness’ make-up changes took three hours, so the scene was shot over two days. Of course the camera had to be locked off – if even the studio cat had tripped over the tripod, we would’ve been knocked for six. I slept overnight beside the camera…”

What Dougie was able to achieve by sleeping on that hard floor, guarding that one single camera, was a true masterpiece. That shot sums up everything about what Ealing is to us as cinemagoers. It showcases the richness, the beauty, the innocence, the sharpness and seriousness of Ealing, yet one that winks at us to say: “Don’t take us too seriously. After all, we have one man playing six members of the same family.” 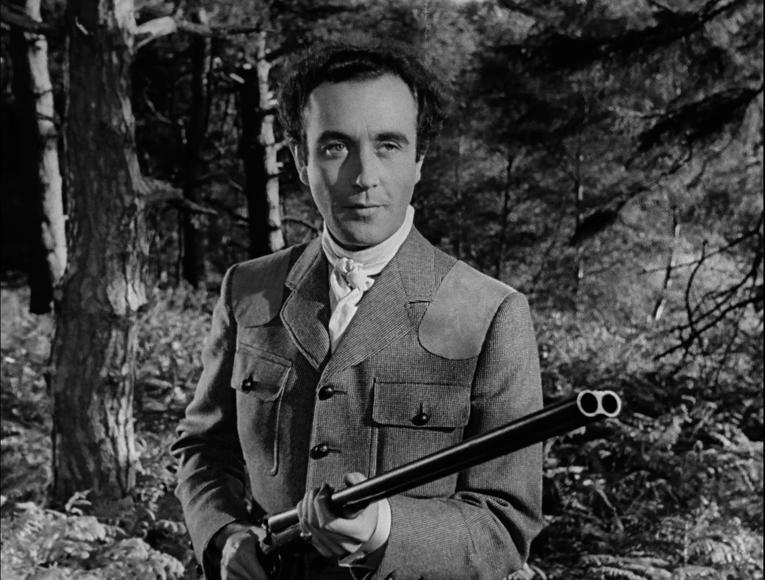 1949 marked a new age for Ealing Studios; this was the year of Passport to Pimlico (1949) and Whisky Galore! (1949) but if there was one film which stood higher than any other from that year it would be Kind Hearts and Coronets. The film symbolised what Ealing could and would achieve over the next decade and Dougie, as always, would be on the front line.

With Kind Hearts' release in June 1949, it also symbolised a key moment in Dougie’s career. Dougie had first stepped behind a film camera in 1939 and he was now concluding his first decade as a cinematographer with the release of the first major Ealing comedy masterpiece. But much more was to come as the world turned its back on a decade which saw itself torn apart by war and looked positively to a brighter future. But the 1950s, Ealing Studios and Douglas Slocombe is another story…

Kind Hearts and Coronets + Q&A with Terence Davies Please note: This was screened in July 2019 Perhaps the darkest of the Ealing comedies, this coolly elegant, subversive masterpiece was originally billed as "a hilarious study in the gentle art of murder." Followed by a discussion with Terence Davies.  Find out more Restored and Rediscovered Season We profile and preview new restorations of classic films before they are re-released in cinemas and also shine new light on lost films which have recently been rediscovered at Il Cinema Ritrovato in Bologna.  Find out more Cinema Rediscovered 2019 Join us for the fourth edition of Cinema Rediscovered – a chance to discover some of the finest new digital restorations, contemporary classics and film print rarities from across the globe where they were meant to be experienced – on the big screen.  Find out more