From Netflix’s Chilling Adventures of Sabrina (a reboot of Sabrina the Teenage Witch, a personal favourite of mine) to American Horror Story: Coven, and to Luca Guadagnino’s reimaging of cult horror classic Suspiria (Fri 16 - Thu 22 Nov), the Occult has returned to our screens with a rebellious glint in its (third) Eye.

Over the decades, the witch has taken many forms: siren, harpy, banshee, temptress, enchantress, hag, crone, she-devil and sorceress. She has captivated audiences and filmmakers for decades. I was drawn back to this fascinating character last Autumn when I rewatched Cher, Susan Sarandon and Michelle Pfeiffer give Jack Nicholson’s "alt bro" alter ego Daryl Van Horne, a character brimming with faux feminist sympathies, a run for his money in George Miller’s The Witches of Eastwick (Sat 24 Nov, 17:00). The film can be viewed as female empowerment manifesto or as a male gaze supernatural story that keeps women in their traditional place. Sometimes it manages to be both of those things in the same scene. It’s a camp, over-the-top exploration of gender politics between men and women. The predatory nature of the bathrobe-wearing Daryl Van Horne is especially poignant, watching it in 2018, in the Post-Weinstein era of cinema. Consequently, it’s a thought-provoking film to screen considering that there’s so much active, public discussion about women’s struggles to assert themselves in a society in which men hold most of the power, sexual and otherwise. 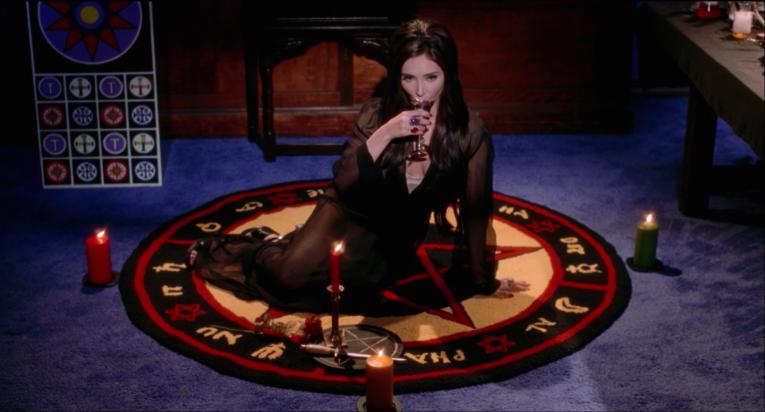 This film served as the jump off point for my research and finding films which encapsulated the witch’s many faces. Whether that be The Wizard of Oz’s (Sat 3 Nov, 14:00) iconic Wicked Witch of the West or Glinda the Good Witch; Roald Dahl’s demonic women in the The Witches (Sun 4 Nov, 12:00); the precocious, ambitious and kind titular witch from Kiki’s Delivery Service (Sun 18 Nov, 12:00); and the dangerously enchanting Elaine from Anna Biller’s biting satire The Love Witch (Sat 24 Nov, 18:00). All of these witches bring different traits to the identity of the witch and provide us with more to pick apart and examine. Moreover, what I find to be an important detail, not to be looked over in the discussion, is that out of the eight films in the season, only two – The Love Witch and I am Not a Witch (Sun 11 Nov, 12:00)– have been written and directed by women. These two films also happen to be the most recent releases. Perhaps an indicator of change in the industry, or just a coincidence?

One of my initial aims for this season was to avoid compiling a selection of American films, as I wanted the season to bring traits from Witches across the globe. However, I have fallen at this hurdle due to film licensing rights simply not being available or due to quality issues with the physical film print. Here is an example of the latter - a film that I wish we could screen, and urge you to dig up! - through my research I discovered a Mexican film called Poison for the Fairies, written and directed by Carlos Enrique Taboada, considered to be one of Mexico’s greatest horror filmmakers. The film is about ten-year-old Verónica (Ana Patricia Rojo), whose parents died in a car accident years ago and who is being raised by her superstitious grandmother. She comes to a new upscale school and, as an outcast there, she befriends a lonely classmate, Flavia (Elsa María Gutiérrez), and claims that she is a powerful old witch in disguise. Veronica inducts Flavia into her world of black magic and, although their games are initially rather naive, they gradually take a nasty and violent turn. In her attempt to control Flavia, Veronica becomes increasingly more cruel, until Flavia is forced to brutally avenge herself of Veronica. 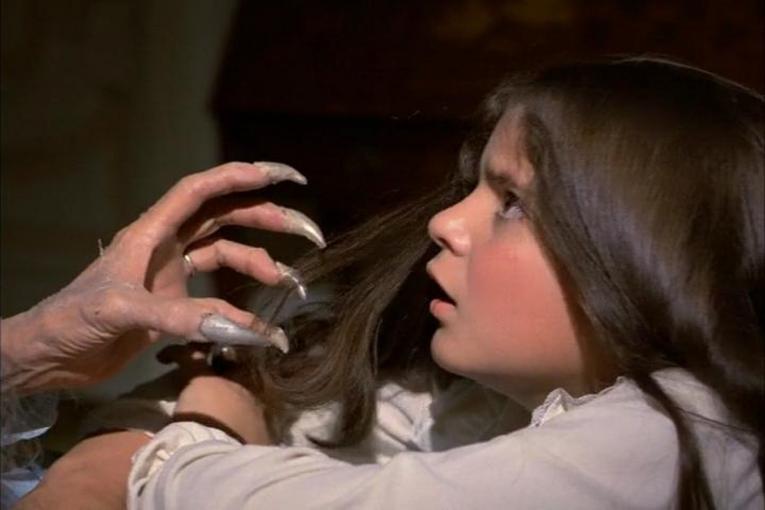 Pictured: Poison For the Fairies.

The story is told completely from the two girls’ perspectives, with adults only partially visible in the frame. It is a strange and fascinating film that highlights the anxieties surrounding the future of young people in Mexico during a time in which transgression against authority was deemed a victory, as witchcraft has classically been seen either as a sign of rebellion or, as age-old misogynist anxieties would have you believe, as moral corruption. Therefore, their exploration of black magic not only reflects the narrative of resistance of that time but also reinforces a deeply-rooted cultural anxiety surrounding notions of female sexuality and agency.

The season serves to celebrate and critique these films, some of which you may not know and some with which you may be very familiar. And I hope it allows us to revel in this witchy revival that pop culture is experiencing, and to embrace our inner rebel!

If you're keen to read more on screen depictions of the witch, I recommend Elisabeth O'Neill's article for Little White Lies, 'How witches reclaimed their rightful place in popular culture' and Kathryn VanArendonk's piece for Vulture, 'Why the witch is the pop-culture heroine we need right now'.

Reclaiming the Witch Season The witching hour is upon us this November as we welcome a season of films and talks which examine the cinematic portrayal of the witch.  Find out more Suspiria Please note: This was screened in Nov 2018 Luca Guadagnino (Call Me By Your Name) pays homage (he doesn't consider it a remake - he prefers the term 'cover version'!) to Dario Argento's 1977 horror classic with this delicious, dark - and feminist - reimagining.  Find out more Conversations about Cinema We think cinema is the start of a conversation. Talking to you at our Box Office, in the Café & Bar, before and after the films, online on social media, and reading your comments on our noticeboard deeply enriches the way we all understand the films we’re watching.  Find out more