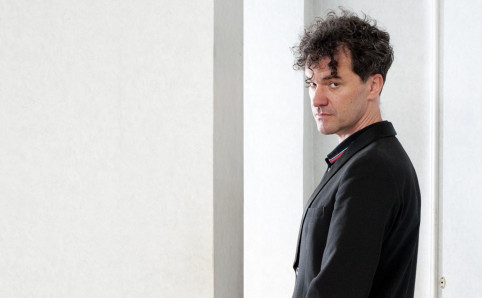 Outside of the hour and a half to two hours you spend in front of a film, the context within which you meet the film, and the opportunity you have to process it afterwards can make or break even the greatest pictures. It’s all too easy to go along to see a lauded, garlanded classic, to then come out with a shrug and a huff. Better still almost to go in with no expectations and come out reeling with amazement. There is, however, a strong case for something inbetween: discovering an unknown movie introduced by a trusted and knowledgeable voice who insists  you must see the film, if it’s the last thing you do.

Back in the heady days of the 1980s and 1990s, when they actually showed movies on terrestrial television, the strand Moviedrome on BBC2 proved to be an invaluable introduction to lesser known and leftfield classics. Importantly, each screening was preceded by a piece-to-camera from, in the first years, Alex Cox, and later, Mark Cousins, making the case as to why you should write-off the next couple of hours to dedicatedly watch this particular picture. Both filmmakers carried a slightly punk attitude, with accents set against the cut glass tones of the continuity announcers that had introduced them. And both spoke with a calm enthusiasm, using the slightly hushed tones of someone letting you in on a bit of a secret. It was almost as if they were saying: “not everyone will get this, but don’t worry, I know you’ll like this.”

By dint of my age my interest in cinema took off around the later Mark Cousins era of Moviedrome, and his presence, and, more importantly, his voice, easily cemented itself as a trusted authority on films I’d never heard of. A status garnered over time of course, thanks to a positively pavlovian association to brilliant off-beat, cult, and world cinema. While the last Moviedrome introduction (before a screening of The Last American Hero) aired in July 2000, Cousins disappeared from our screens to focus his efforts on heading up the Edinburgh International Film Festival, as well as writing a book on cinema history that would be published as The Story of Film in 2004.

As a critic, a filmic pilgrim, and as an unbridled champion of cinema and the ideas that drive filmmaking, the book of The Story of Film would become a long-form documentary that crystallised many of Cousins’ unique perspectives on motion pictures. For this film nerd it ended up feeling like fifteen one-hour episodes of Moviedrome, with Cousins spanning the globe, searching far and wide, charting the history of cinema, and offering a list of ingenious films that you really should get around to watching. More introductions, and more avenues into film, with the essential context needed to break into something new.

The ethos behind Cinema Rediscovered builds on the idea of new introductions, of re-assessments, and, of course, rediscoveries of underappreciated or forgotten cinema. Context is vital, and apt introductions will be a key part in bringing these new restorations and classic prints to unsuspecting Bristol audiences. While Mark Cousins' example is a good one to follow, a quote of his about The Story of Film struck the programming team as almost a challenge of sorts:

We wanted to make something that was just about watchable over a weekend. So if you start on Friday night, and watched, like, 6 hours a day, by Monday morning you would have seen the history of the movies.

With almost five years having passed since the series was originally broadcast on Channel 4, the time felt right to revisit this epic documentary. As part of Cinema Rediscovered we will be screening The Story of Film over Friday, Saturday and Sunday, free for all and sundry on a drop-in basis. Got half an hour to kill between screenings? Grab a drink and drop in to hear Cousins tell you about a chapter of cinema history you never knew about before.

Alongside this we have also scheduled a series of informal lunchtime discussions with some of the festival’s key guests, picking over topics raised by the documentary series, as well as issues highlighted by the programme of films we are screening. A new and relaxed context in which to make sense of what we are seeing, and a chance to rediscover some of the things that make cinema great.

The Story of Film: An Odyssey screens in Waterside 1 over three days, from Friday July 29 to Sunday July 31. The screening is FREE and you can drop-in to individual sessions. There will also be opportunities to talk to some of the team behind Cinema Rediscovered.