It’s hard to think of many filmmakers who have been quite so exhaustively documented as the late, great, Orson Welles. Every frame he shot, every line he wrote has been pored over and picked apart by scholars and students. Scarcely a year has gone by since his death in 1985 that hasn’t seen another volume on the man’s loves, labours and exploits. Is there anything more to say? Is there anything left to discover? Cinematic journeyman and documentarian Mark Cousins hovered over these doubts - until he lifted the lid on Welles’ personal archives.

Tucked away deep in the recesses of the University of Michigan’s Special Collections, and held dear in the private archive of his youngest daughter, Beatrice, are sketches and paintings that tell a new story about one of the world’s greatest filmmakers and stars. Like opening the archive, Cousins brings to life The Eyes of Orson Welles (Sun 29 July, 18:00). 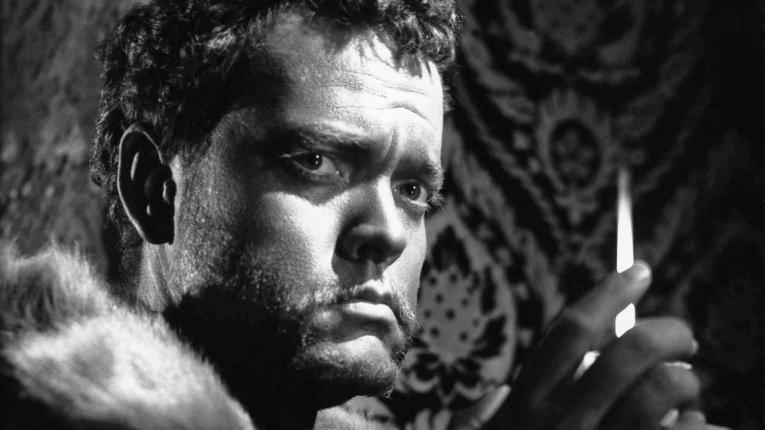 In this singular and admiring documentary, the restless cinephile and filmmaker Mark Cousins (The Story of Film) takes us on an illustrated journey across seas and deep into the archive. Uncovering previously unseen hand drawn and painted materials, Cousins reconsiders and recontextualizes Welles’ extraordinary career across radio, stage and screen. Offering invaluable insight into the visual imagination of a man we ought to call an artist as well as an actor and director, Cousins reminds us that the world always was and still remains distinctly Wellesian.

Much as these archival materials offers the curious a glimpse into a Welles’ life, Cousins desire is to challenge this voyeuristic perspective, asking us to look outwards instead, and to view the world through the eyes of Welles. Coming off the back of his latest book, The Story of Looking, Cousins has shifted his study of cinema to a study of perspectives, and how the viewpoint of artists have captured and interpreted the world around us. The subtle distinction between considering cinema as perspectives, not just moving stories, invites us directly into the creative mind, and the choices and decisions in each look.

In Cousins trademark style, this documentary is a personal letter to, and very occasionally a conversation with Welles himself, discussing and questioning how he viewed the world around him. As in The Story of Film, this first-person approach to filmmaking is both immediate and accessible and, through his dialogue with Welles, Cousins manages to take this towering figure of cinematic canon, and recast him in flesh and blood. Welles’ films are not carved in stone, but as this documentary illustrates, carefully brushed and scraped in charcoals, pencil, and watercolours. 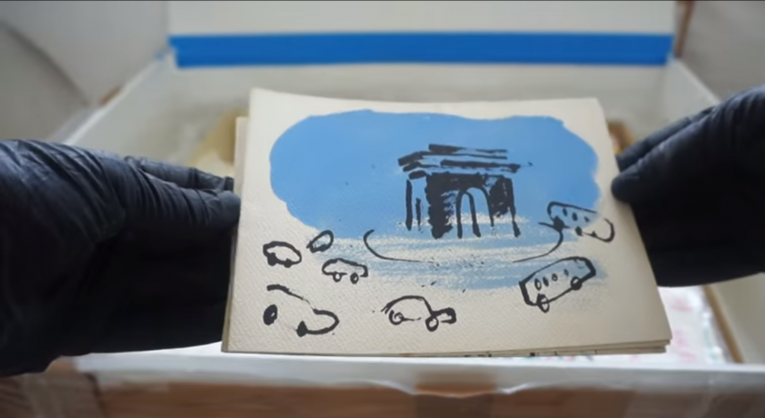 The sketches Cousins uncovers stretch from Welles’ puckish entrance into Irish theatre at the age of sixteen, right up to Welles later career, when he struggled to find the support to finish a number of sprawling projects. As these drawings come to life on screen, Cousins asks us to consider the turbulent world that Welles was watching, and how that world changed through the eyes of a migrant young man, an upstart theatre director, a groundbreaking radio producer, and eventually through the eyes of an accomplished filmmaker.

In these images we see the craft and eye of an artist develop. We bear witness to the sketches of several successes on stage and on screen, while also becoming privy to numerous projects that never escaped the drawing board. In an industry where Welles was constantly butting up against the word ‘No’, be it from financiers, producers, or indeed from technical staff, in drawings and paintings he was able to express a true and uninhibited artistic freedom.

Through carefully chosen clips from Welles filmography, Cousins teases out how the brushstroke became a shot, and how this artist unique perspective was realised on the big screen. The Eyes of Orson Welles gives us an excellent opportunity to rediscover this important filmmaker in dimensions long forgotten and hidden in archives around the world.

The Eyes of Orson Welles (Sun 29 July, 18:00) screens as part of Cinema Rediscovered and will be introduced by Dr Peter Walsh.

The Eyes of Orson Welles Please note: This was screened in July 2018 Mark Cousins dives deep into the visual world of Orson Welles to reveal a portrait of the artist as he’s never been seen before - through his own eyes, sketched with his own hand, painted with his own brush.  Find out more Bazin 100 Season This strand of conversations and screenings invite you to celebrate celebrated French film critic André Bazin's influence and impact, addressing his fundamental question 'What is cinema?'  Find out more Cinema Rediscovered 2018 Join us for the third edition of Cinema Rediscovered - a chance to discover some of the finest new digital restorations, contemporary classics and film print rarities from across the globe where they were meant to be experienced - on the big screen.  Find out more