Despite almost a quarter of a century between them, on surface level, there is much that resonates and overlaps between the two films. Both films focus on young African-American males; against the motif of basketball, education and community, and both were Academy Award nominated (or snubbed depending on opinion). Both films also interrogate the systemic discriminatory pitfalls in place for young Black Men and the unrealistic pressures and brutality of ‘American Exceptionalism’. Both took five years to make. But that’s really where the comparisons end.

“I think of (My Life) in pieces that are connected through really weird and beautiful things. We take pieces of our day and stitch it together, and that’s what our day means. And that’s how we dream”. - RaMell Ross 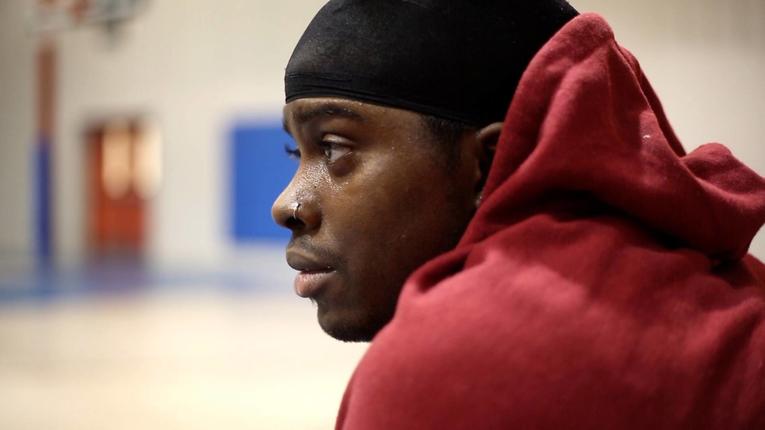 RaMell Ross has a background in photography and shot Hale County This Morning, This Evening (Sun 28 July, 18:20) over a period of five years whilst teaching photography and coaching Basketball. Hale Countyis a visually and sonically breathtaking film. It’s clear that during Ross’s time in Alabama he fully immersed himself in culture and community, and the geography and landscape of the County named after the Confederate officer Stephen F. Hale and haunted by the insidious history of Jim Crow segregation.

“To be black is the greatest fiction of my life, yet I’m still bound to its myth.” - RaMell Ross 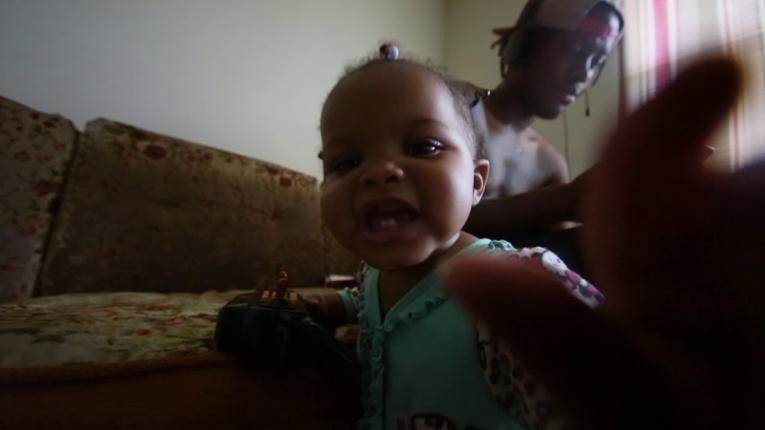 A term used by Frank DuBois in Hoop Dreams (Sun 28 July, 14:30), “Twoness”, springs to mind when thinking about Ross’s approach to filmmaking; he is mindful, observant, patient, painstakingly self aware but also “in the moment” and being so brings us, the audience, with him on his journey whilst he “shoots from, not at”, Latrenda, Quincy and Daniel and the landscape of their lives and the county around them. He both figuratively and literally stands shoulder-to-shoulder with the subjects in the film, he inhabits the same space and is not abstracted from the world of Hale County around him, the antithesis of anthropological-documentarians of the past, this is no Nanook of The North (Robert Flaherty, 1922).

“What does it mean to frame someone?” - Hale County, This Morning, This Evening.

Ross is attempting to challenge pre-established or ‘tainted’ representations of African-American life associated with the moving image and cinema. Interrogating how we consume, value and make meaning with regards to Blackness in contemporary culture. Hale County is an attempt at creating a visual or aesthetic language to establish new ways of ‘looking’ and ‘seeing’ in relation to black lives, bodies and stories on screen. A successful critical antidote to the lazy and misinformed fetishization of authenticity and Blackness so regularly regurgitated in cinema.

It’s unsentimental, intimate and honest. A must see. 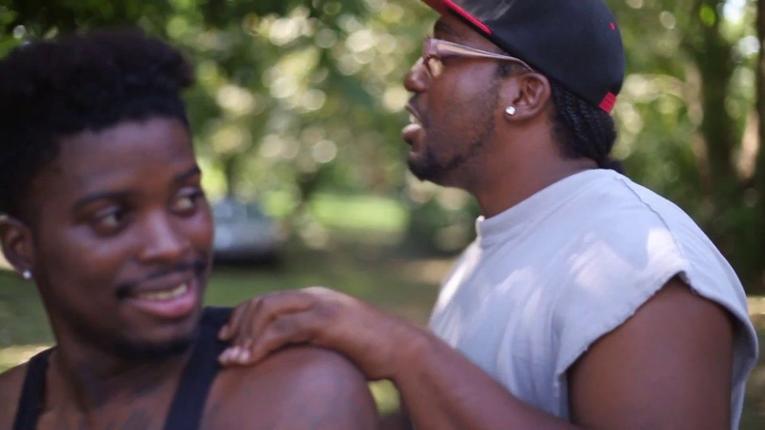 For me it’s clear that Ross’s work sits comfortably in a timeline of experimental and avant-garde diasporic Black filmmakers. Hale County feels as if its in conversation with the filmmakers and work of The LA Rebellion; Gerima et al (1967-89), as well as Ross’s contemporary peers. Cinematographers and director of photography Arthur Jaffa (Daughters of the Dust, Malcolm X) and short filmmaker and video artist Khalil Joseph immediately spring to mind.

Interestingly, Apitchatpong Weerasethakul (Uncle Boonmee Who Can Recall His Past Lives, Mysterious Objects at Noon), was creative advisor and Joslyn Barnes producer (Concerning Violence, Cameraperson), both filmmakers comfortable with experimenting and renowned for their unconventional, non-linear approaches to filmmaking. It's easy to see why Ross sites Godfrey Reggio's Koyaanisqatsi: Life Out of Balance as influential to his praxis. 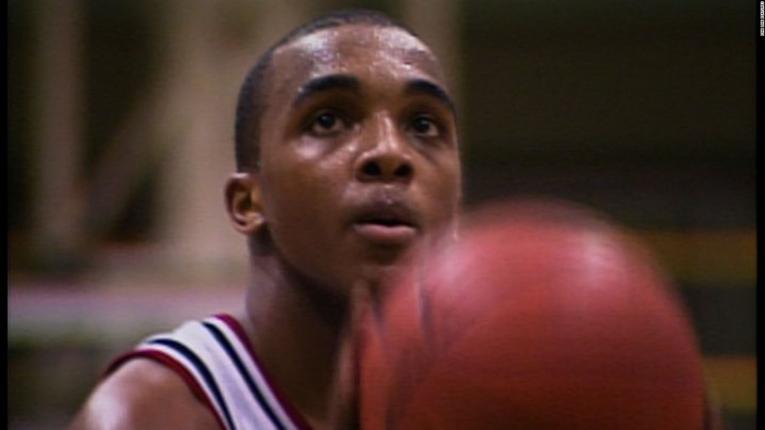 Steve James’s Hoop Dreams is also a five-year labour-of-love that follows the lives of two young talented and aspiring basketball players, Arthur Agee and William Gates, in their respective journeys to acquire a precious scholarship that could mean their entry into a career in the NBA and a ticket to a ‘better life’ for themselves and their families. A traditional tale of the underdog with an almost Spartacus-like quality, Hoop Dreamsdelivers some hand-wringing edge-of-your-seat drama, and slowly reveals what’s at stake systemically for young Black Men trying to navigate the pitfalls of the American Experience in Chicago, Illinois circa 1989-94.

The film is shot and constructed in a traditional, linear, cinéma vérité style, with voice-over by James (The Interrupters) as well as title-cards introducing us to the various characters that inhabit the worlds of high school and college basketball (at St Joseph School’s Gene Pingatore, the ‘fanatical coach’ is sure to strike a nerve.) 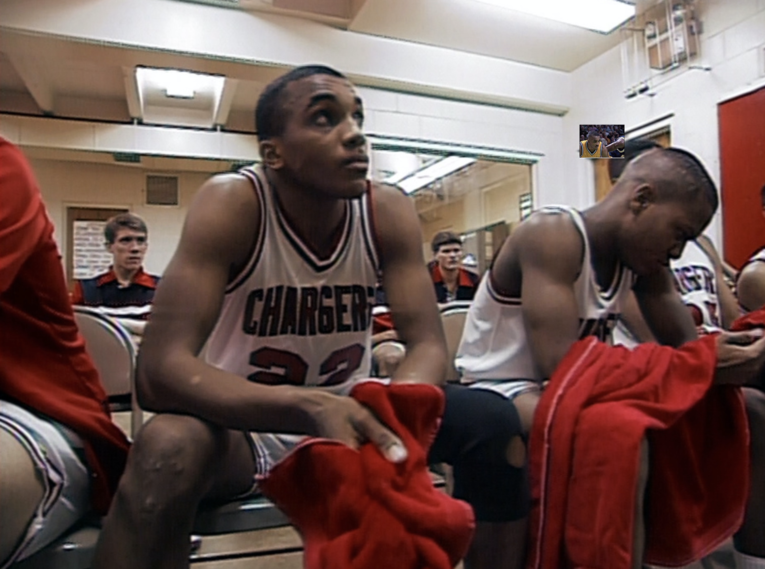 It’s a visual archive of ‘90s pop-culture and I found myself flooded with nostalgia as Arthur listens to Ice Cube’s Amerikkkas Most Wanted whilst cleaning his sneakers in his bedroom. The fresh Fades, Starter Jackets, Champion Sweats, Air Flights, Jordan’sand Ewings, accompanied by a soundtrack featuring Mavis Staples and Shock-G (Digital Underground), make it a revealing snapshot of the times and also documents the encroaching rise of hip hop and house music’s dominance on global youth culture at the time. The film continues to resonate in its revelations about race, class and education as well as echoing similar diasporic experiences on this side of the Atlantic.

Ultimately, I think the two films complement each other, a filmic yin and yang; a double-bill that challenges, entertains and informs.

Hale County This Morning, This Evening Please note: This was screened in July 2019 An innovative, impressionistic portrait of contemporary life in Hale County, Alabama, chronicling a small community of people who come up against ordinary and uncommon odds.  Find out more UK Premiere: Hoop Dreams Please note: This was screened in July 2019 Twenty five years after its premiere at the 1994 Sundance Film Festival, revist Steve James' newly restored landmark documentary Hoop Dreams, which tells the story of two African-American dreamers determined to one day play professional basketball.  Find out more Cinema Rediscovered 2019 Join us for the fourth edition of Cinema Rediscovered – a chance to discover some of the finest new digital restorations, contemporary classics and film print rarities from across the globe where they were meant to be experienced – on the big screen.  Find out more