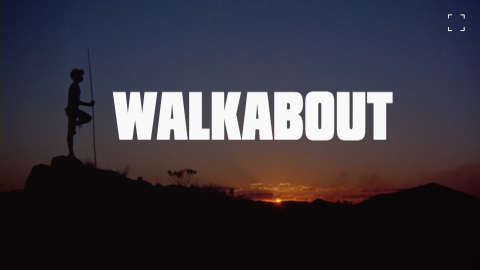 Lost in the wilderness, their only way of survival is through the knowledge of a young Indigenous man (David Gulpilil) that they meet, who is performing a ritual solo wandering that will mark his entrance into manhood. The tenderness in the developing relationships, the vision of an Eden that these three innocents could occupy, is inevitably tragically undercut.

Roeg directed the film from a 14 page script produced by playwright Edward Bond demonstrating the enormous confidence in his ability to tell stories visually. The development of the characters and their relationships, the contrast of the modern and the natural, is expertly woven through his mesmerising cinematography and unorthodox and signature approach to editing.