skip to main content
Articles /
Found in: What we do
Cinema Rediscovered outdoor screening, July 2018. Photo by Jack Offord.

In 2017 Bristol was designated UNESCO City of Film, a permanent global status that recognises the city’s achievements as a world leader in the field of film and the moving image.

Upon receiving this prestigious title, Bristol became a member of the UNESCO Creative Cities Network (UCCN), a worldwide group of creative cities working together towards a common mission for cultural diversity and sustainable urban development.

Being a City of Film means that Bristol can build on its well-established moving image industry, and further embed UNESCO’s values into how we watch, make and learn about film in Bristol.

It helps Bristol’s film community engage with and learn from other cities around the world, by forging international collaborations, creating new artistic exchange programmes and exploring cross cultural projects that combine film with other mediums within the Creative City fields.

Watershed is proud to be part of the strong film and television culture in the city that saw Bristol become a City of Film.

We celebrate this prestigious status alongside our friends and partners like Aardman Animations, BBC Bristol, Bottle Yard Studios, Bristol Film Office, the University of Bristol and University of the West of England, Knowle West Media Centre, Calling the Shots, Encounters Film Festival and more.

Partners like these are joining forces to deliver projects spanning three Bristol City of Film priorities:

At Watershed we’re working to engage everyone in the past, present and future of cinema, through City of Film strands at events like Cinema Rediscovered and Filmic and talent development initiatives like BFI Film Academy Bristol and Depict, part of Encounters Film Festival.

Find out more at www.bristolcityoffilm.co.uk. 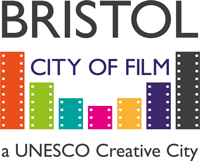 Cultural cinema What we do Connecting audiences to a wider dialogue through the screening of film.  Find out more