Read more
Found in: Conversations about Cinema
Relic - out on Fri 6 Nov
Posted by:

It’s an understatement to say that things have been a little different in the film world of late. And October has been bittersweet; we were sad to see our friends at the London Film Festival reduce their physical festival but thrilled to see the programme find its way across the country and into more venues, including our own. It’s been a real joy to bring some of the most exciting films of the year to our screens already, and we’ve been busy watching as much as we could at home to help plan more cine-treats in the months to come. So, whether you caught some of the LFF screenings, or if you’re yet to come back to the cinema, here are a few recommendations for films to watch out for in our programme in the coming months.

Using an embodied metaphor to explore the lived experience of generational immigration in post-colonial Britain, Mogul Mowgli is a feature film debut marking a filmmaker to watch. Having co-written the film with its lead performer Riz Ahmed (aka Riz MC), Bassam Tariq picks apart the trappings of identity politics that are caught up in personas. Using close camera work to explore Zed’s (Ahmed) internal struggle, and with a soundtrack that slaps, this is best seen and heard big and loud. 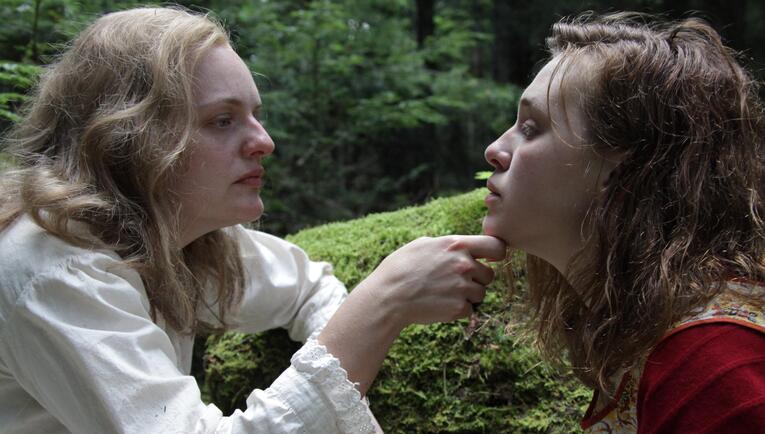 Josephine Decker’s filmmaking is my jam: I’ve been a fan since I hosted my first ever Q&A at Watershed back when she was touring the UK with her first two feature films, Butter on the Latch (2013) and Thou Wast Mild and Lovely (2014). Her aesthetic and her moral project are the stuff that dreams are made of – maybe literally. Decker has a unique talent for taking very grounded storylines and making them feel like intriguing nightmares and terrifying fantasies, simultaneously. And Shirley is no different – only she’s darker, and maybe a bit meaner. This film should be celebrated for its wardrobe, art direction, and wallpaper alone, but it’s also a vehicle for the year’s most stunning performance, from Elisabeth Moss, and a storyline about the dangerous liminal space between fiction and reality, sanity and insanity, love and desire, failure and success. It’s delicious.

Love a creepy late night horror film watched in the morning – I think this was a 9am number – and, as a pseudo-Australian (I lived there for most of my formative years), I can confidently say that the very premise of an old lady living alone in a huge house somewhere beyond the outer limits of suburbia is brilliantly terrifying in and of itself. Add to that a metaphor about dementia and a narrative about generational miscommunication and you have yourself one helluva horror. Tense, shoulder-holding, yet gentle in pace and with a somehow kind and judgement free tone, Natalie Erika James is another filmmaker to add to your list of rising stars. This film holds emotion the way a house holds memories. 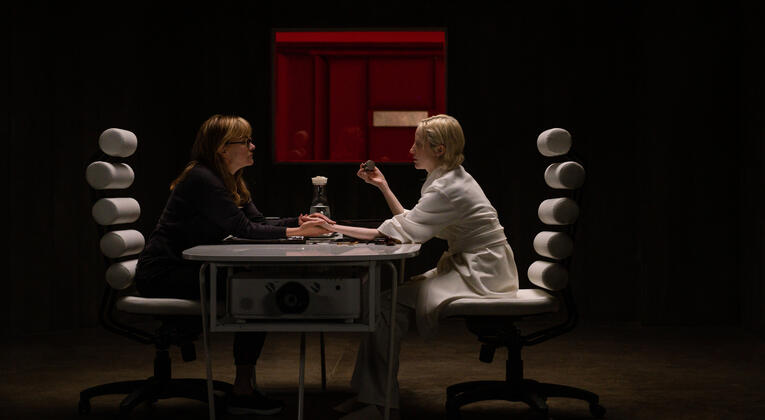 They say the apple doesn’t fall far from the tree and, for David and Brandon Cronenberg, this couldn’t be truer. Where Daddy D favoured the perverse and excess, Little B loves bloodshed and the unhinged. Potentially a little too stabby for some (you’ve been warned), this is a fantastic film all about the limits of control, and not just on a narrative level. Possessor is obsessed with its own generic taboos; what exactly do we want to see, to experience vicariously, somehow sutured in whilst also at a remove, and how much is too much?

The unofficial third in their Irish Folklore Trilogy, this gorgeous animation follows The Secret of Kells (2009) and Song of the Sea (2014). Terrifically clever in its political depictions of England invading Ireland in an attempt to tame and harness its natural beauty for advancements in capital, land, and aristocratic arrogance, and probably the most beautiful ever told story of two young girls taking on the patriarchy with little more than their literal and metaphorical spirit, Wolfwalkers dances across the screen like a perfect pirouette; poignant, majestic, proud. 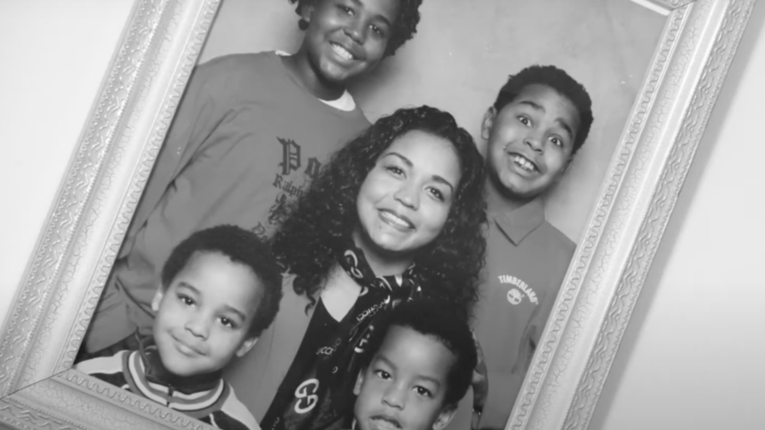 Time is one of those incredibly rare documentaries that is somehow both experimental and yet effortlessly real. Playing brilliantly with its titular concept, Time follows Sibil Fox Richardson’s (aka Fox Rich) efforts to have her husband, who is serving a sixty-year sentence, released from the shackles of America’s neo-liberal institutionalised slavery: prison. Rich gave filmmaker Garrett Bradley a bag of mini-DV tapes, home videos recorded over a period of eighteen years, which, in addition to the more recent footage, offers a window into the personal time that manufactured time consumes.

Christian Petzold seems always to strike the balance between narrative impact and historic resonance with his films. Undine is yet another ode to a beautiful, conflicted woman, whose story is about love but told like cruel-fated history: destined to sink, determined to swim. Brimming with visual motifs of water, Undine (Paula Beer) is literally and figuratively submerged in passion, love, and mystery, but can’t shake off the weight of history, myth, and authenticity, constantly embroiled in a performance of the past. Petzold’s craft truly sings as aural transitions between melodrama (piano) and realism (trains) create a sense of foreboding, whilst also harking back to the early days of cinema that used pianos and trains to explore what the theatricality of the medium was capable of. Not yet slated but destined for the big screen in a big way. 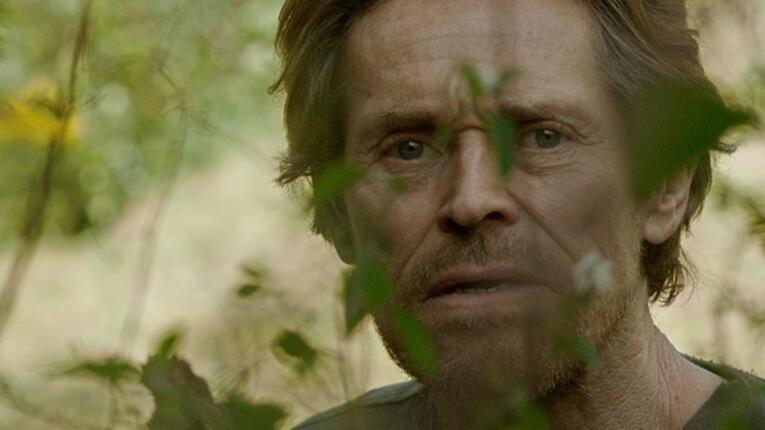 Abel Ferrara directs Willem Dafoe again (4:44 – Last Day on Earth, Pasolini) and it’s every bit as explosive as you’d expect. Though it starts out as a quiet, reflective film set in a remote pub, it soon descends into an all-out exploration of the boundaries of the psyche. A wild ride that constantly questions everything you think you understand about cinematic causal logic – including dreamscapes and nightmares – Siberia wears stereotypes on its sleeve; bear hugs, bare skin, and self-reflexive bathos.

Yet another feature film debut screened at the fest, 180 Degree Rule is astonishing entry into the form. Farnoosh Samadi has cemented herself as a filmmaker not only to watch but to watch out for – with the ability to drive home such a strained yet stoic narrative against a backdrop where beauty can only, and always, exist in precision, watching this churned me out as emotional wreckage. I have, since having a son of my own, struggled that much more in watching films where anything happens to a child. And to see it set against Iran’s official and familial patriarchal laws, drawn with the weighty silences of direct sound, impassioned musical performance, and with stark visual contrasts of white, white innocence and marriage against black, black death and darkness, was like sitting alone in the snow: beautiful and so, so cold.

So even though we weren’t able to meet up with colleagues from around the country, we did travel and meet future big screen friends and cinematic collaborators via our favourite form of entertainment. And better still, there are even more of these filmic forged experiences to come, including Thomas Vinterberg’s Druk (Another Round), Francis Lee’s Ammonite, and Aleem Khan’s After Love, all of which you can be sure we’ll screen when we can.

The Eyes Have it Article by Tara Judah We caught up with writer-director Bassam Tariq to find out all about the Evil Eye and shadow conflict in Mogul Mowgli.  Find out more Conversations about Cinema We think cinema is the start of a conversation. Talking to you at our Box Office, in the Café & Bar, before and after the films, online on social media, and reading your comments on our noticeboard deeply enriches the way we all understand the films we’re watching.  Find out more