Bassam Tariq’s Mogul Mowgli (Fri 30 Oct - Thu 5 Nov) starts softly; there’s a gentle moment before our protagonist, Zed (Riz Ahmed), comes into focus. He spits lyrics softly, at first. Emotion and adrenalin soon kick in and the dark turns to flashing lights. As the curtain pulls, an explosion of talent, polemic, and personality hits the stage: Zed has all the makings of a star, but his is an identity in crisis. As the narrative’s central metaphor goes on to reveal, the polemic is an inner battle: he is attacking himself.

Returning to his parental home, after the emotional high of being on tour, Zed is confronted with the contradictions within him. Trying to work out who it is he calls ‘I’; a culture clash of contemporary and historic immigrant identity literally and figuratively takes over his body.

What struck me most about Mogul Mowgli is the way that symbolic eyes are used to explore Zed’s crisis of ‘I’. With my own mixed heritage that is heavily concerned with the Evil Eye, I was thrilled to catch up with first-time feature-filmmaker Bassam Tariq at this year’s virtual London Film Festival, where I asked him all about those eyes, “In the Arab world they call it Hasad, and we call it Nazar, but it’s the same idea, and we use peppers in my family,” he tells me.

“My mother uses peppers all the time, and if the peppers don’t smell then that means that somebody has put the Evil Eye on you, and if there is a smell then no, you don’t have the Evil Eye, because the pepper smells really bad.” In my family, who came to Britain from Iraq, via India, we use lead, and its (often twisted) formation tells you what you need to know.

“The thing is that I used to really laugh at all this stuff,” Tariq continues, “But the funny thing is that I think there is something – truth – in between all these things. I think that’s something that I don’t ever want to laugh at… and I wanted to show that it’s a complicated thing that happens in the community.” He asks me if the lead works, and I admit that it does – even though I didn’t always believe in it. 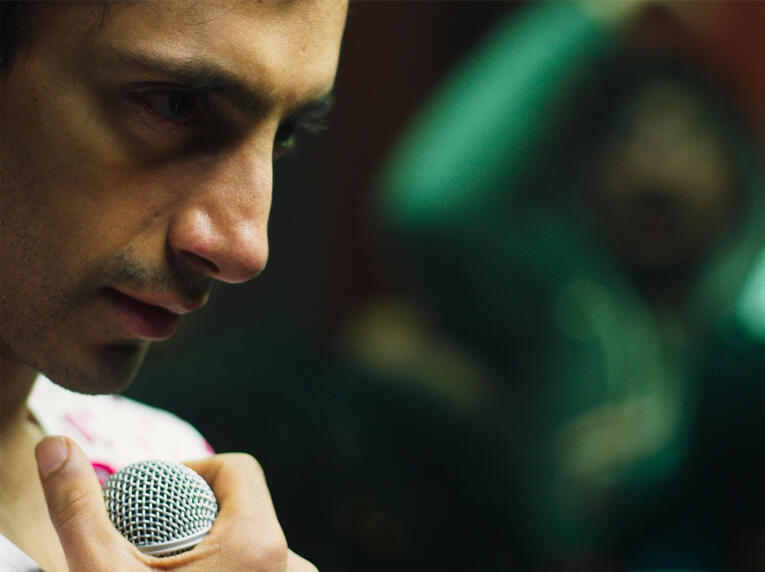 Zed lets out a small laugh as his mother uses the peppers to determine and ward off the Evil Eye: he is out of touch with his heritage, his roots – worse still, he is embarrassed by it. And it’s this embarrassment that is at the heart of his inner conflict. Much like so-called jokes that are laced with anger; jibes, traditions, and feelings become internalised until the body can’t help but (self)attack in an attempt to fight back.

But even so, Tariq handles the complexity without judgement, “The young religious people are like, ‘This is stupid,’ right?” he says, “We’re all negotiating these things with our own reality and our own experiences. That’s how we come to understandings of what’s right… I feel like it’s never that cut and dry.”

In the film, Zed not only has the Evil Eye on him, but sees it reflected back at him from his self-appointed nemesis, RPG – a young, less political and less talented, but potentially more commercially popular, rapper. A character that seems far too intense to be fictional but that reveals a talent equal to Ahmed’s, “Nabhaan Rizwan is a phenomenal actor,” Tariq tells me, “He’s in this BBC show called Informer that was kind of a hit, and that’s where we saw him, and I brought him in and he was also a rapper himself. And I was like, ‘Okay, we’re going to have to build this character again from scratch,’ because before what we had was an idea of an easier version of a Riz Ahmed, kind of like a more social conscious rapper than him. But then he [Ahmed] was like, ‘Nah man, let’s go further with this - into this other space of rapping.’” 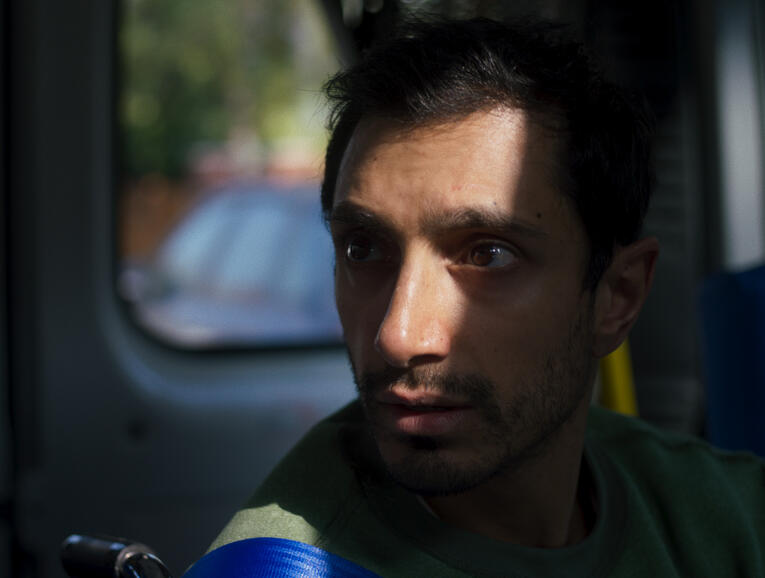 The contrast becomes integral to Zed’s character arc: RPG is a sort of Jungian shadow self that reflects back everything Zed is afraid of within himself. “He’s like the loudest character in the film and the film’s quiet… so he’s quite a decision that we’ve made, but it’s also important that he does have the face markings because we then also have another person that’s veiled in the film,” Tariq pauses, “There’s probably- maybe too much symbolism there.”

But the dialectic of two selves battling for space as the I is beautifully written in the film’s very title, Mogul Mowgli. Tariq is hesitant to spell it out, “I like it when audiences can come to their own understanding of things,” he tells me. “But I will say that one of our guiding lights was Riz’s song Half Moghul, Half Mowgli, that he released with the Swet Shop Boys, which was a collaboration that he did with Heems, this rapper in New York. And I think there’s something really exciting about that song, and it was kind of the guiding light for a lot of the film’s emotional truth.”

Beyond the song, the title is also deeply steeped in the muddy waters of emotional connection to a complicated postcolonial history, “There’s a lot to take from the title and I think one thing that I would say is that there’s always a yearning for Empire, and a yearning for royalty that we come from. But, you know, did that ever really exist? And then there’s this concoction of Mowgli, which was made up by Rudyard Kipling, who was this Orientalist that had a very fetishised version of India that he wrote about that we, funnily enough, really love here as South-East Asians. We love it,” he laughs, “And we really embrace it. So I think that says something really funny about us.”

Embracing the past is Zed’s ultimate challenge in embracing himself. Whether or not he has the Evil Eye on him, he must face the contradictions fighting inside his body – a contemporary body politic – to face his shadow, find out who he is, and who he calls ‘I’.

Mogul Mowgli Please note: This was screened in Oct 2020 Bassam Tariq’s visceral directorial debut, co-written with Riz Ahmed, finds a British-Pakistani rapper’s life spiralling out of control when, on the cusp of success, he succumbs to a debilitating illness.  Find out more Conversations about Cinema We think cinema is the start of a conversation. Talking to you at our Box Office, in the Café & Bar, before and after the films, online on social media, and reading your comments on our noticeboard deeply enriches the way we all understand the films we’re watching.  Find out more