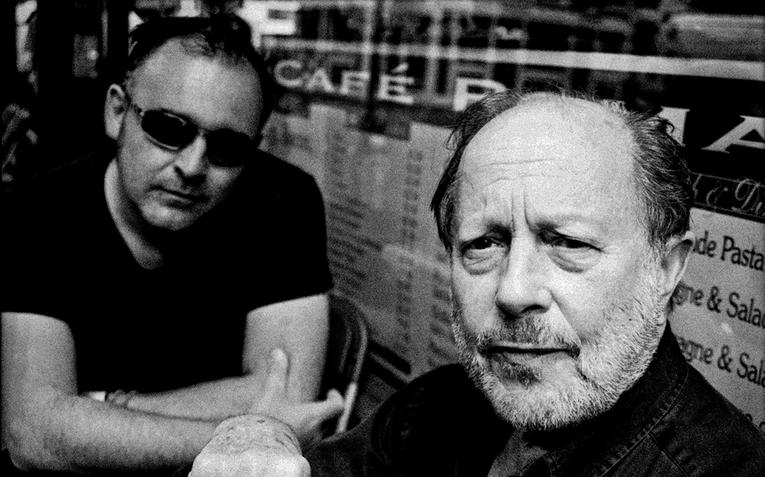 The Balance of Things: the Cinematic Imagination of Nic Roeg strand at this year’s Cinema Rediscovered (25 – 28 July, Bristol), celebrates the late film director’s visionary creativity. Festival Founder and Co-curator Mark Cosgrove caught up with Bristol based musician, producer and composer Adrian Utley (Portishead) to talk about his experience of collaborating with Roeg on Sound on Film (2000), a BBC project which put together four directors with four musicians. The collaborations were Hal Hartley and Louis Andriessen, The Brothers Quay and Karlheinz Stockhausen, Werner Herzog and John Tavener, Nic Roeg and Adrian Utley.

Mark Cosgrove: How did the collaboration come about?

Adrian Utley: There were four in the series and through Portishead, they asked me to do it. I was terribly nervous about it.

MC: Dummy had just come out about then?

AU: Yeah, well and truly. It was the late ‘90s, probably around 2000, so two of our records were out and I’d done lots of other bits and bobs. I spent a lot of time with Nic talking on the phone and being with him, going to shoots, reciting poems together, recording our voices together to use in it. At one point, you can hear me and him talking in the film. It was all kind of abstract.

MC: Did he have the idea for the film?

AU: It was called The Sound of Claudia Schiffer. I still don’t quite understand it after all these years. When I watch the film now, I feel very differently than I did when I was doing it. I made a lot of music for him to use as he would. I’ve just been working with another artist Gillian Wearing (Turner Prize-winning artist’s forthcoming film for BBC4 on the life and work of George Eliot) in a similar way. I made the music without looking at the film. In both cases, I did some kind of scoring but it was just interesting, and especially with Nic, to go “it’s like walking along a street and what’s that? Oh, that’s a heartbeat and now it’s a Latin American groove. Oh, it’s someone playing the saxophone really raucously or shouting in the corner of the room.” It was really like a journey of sound for me. I just put loads and loads of things together and recorded people walking along the street with my microphone. A massive collage of sound. There were scored pieces but it was generally pretty much that collage of sound. Bits of poetry, like I said, and talking. Someone saying “What?! What?!” and you don’t know why that is. The film’s editor (Tony Palmer) did ring me a couple of times saying “Where’s your lovely Portishead music? We want some of that.” In my mind I went “F*ck. That’s not what we’re doing, dude.” 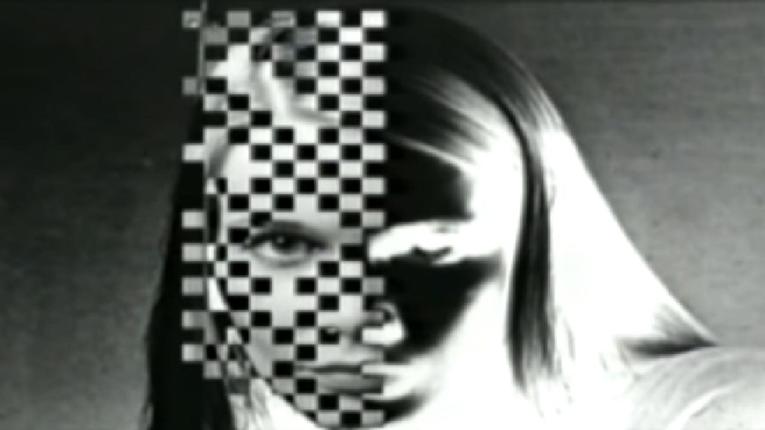 MC: Nic didn’t want a “Portishead” sound? It was very much a creative collaboration.

AU: Yeah, it was. Obviously, I was much younger then. Much less confident and Nic was, to me, a huge character. An intellectual.

MC: You knew his films?

AU: I knew his films. I had spoken to him but I wasn’t confident. At the same time he was very inclusive. Not at all patronising. He would talk about things that I would have no idea about and I needed to learn these things. But at the same time, I really connected to him as well. I imagine that if you’re acting in one of his films, he would be amazing to be with because he’s so gentle and so informative but at the same time - what’s the word? Inspiring. He doesn’t seem a controlling man. I think I’ve learnt that in terms of making records with people and producing. Every situation is different but not bossing people around - trying to coax things from the situation, saying “Oh, I didn’t know it was meant to be that. Let’s make it that, then.” It’s interesting when you see how artists interpret things - whether it’s music or painting or film or whatever. I think that Nic made films about things that are almost impossible to describe. They’re like feelings, aren’t they?

MC: What I get with Roeg’s films is an intensity of feeling and emotion…

AU: That’s how I experienced him. His stories were like that. They were visceral. Like him describing to me his son being out of breath and hearing his heartbeat. That’s what we would have been talking about - the sound a body makes. What is the sound of Claudia Schiffer? We didn’t talk about music. It wasn’t ever about that. He only ever talked about sound and emotion, space and stars.

MC: When was the finished film screened?

AU: It was shown at the Venice Film Festival. Claudia Schiffer was obviously a huge star and supermodel at the time. She just looked so glamorous and so from another world, like Hollywood. It would be like seeing Marilyn Monroe, or something. I think that’s what fascinated Nic. The film was shown as an installation of TVs, like you used to get in the ‘80s. There were about 40 televisions with either all the same image or with the film split across them. People were dancing. Friends of mine had come to DJ. It was the island where Casanova had been imprisoned, so you had to get there by boat. It was a completely insane thing. It was like something out of a Fellini film. Nic and I were sat on a wall at one point going “what the fuck is this all about? What is this?!” We had the next day off, and had a boat at our disposal and I said “Nic, shall we go on a trip and would you show me where you filmed Don’t Look Now?” We must have had some kind of conversation about Don’t Look Now.

MC: I guess you would if you were in Venice…

AU: I think you probably would. (laughs)

MC: I was in Venice a couple of weeks back. I took some photographs and posted on social media saying “here I am on the set of Don’t Look Now.”

AU: It’s like being in a Canaletto painting or Don’t Look Now! So, Nic, his wife Harriet one of his sons and I jumped on this boat and off we went. And he would say “this is that bridge where we pulled the body out” and “that’s where Julie and Donald walked….” 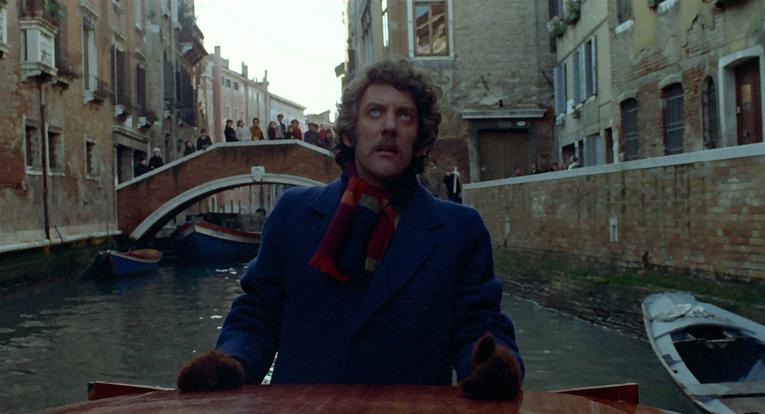 MC: Did he talk about the film other than point out the locations?

MC: Was he starting to remember?

AU: I think he was but he kept it to himself. I saw him in the church which Donald Sutherland’s character is repairing in the film and he hadn’t been there since the early ‘70s, he looked like he was remembering it. But it was not a moment to go and talk to him about anything. He was in his head. It’s wasn’t my place to interrupt. It was a beautiful day.

MC: It feels like a really special experience, to be with Nic Roeg in general, to be working with him and then going with him to where he filmed Don’t Look Now.

AU: Yes, he was a generous man, unpretentious and giving. A very affable father-type man. I found him quite fatherly and kind. No front at all. A really nice guy. Very inspirational to be around. I loved my time with him very much. He told me stories that were completely amazing...I’ll never ever forget them. I wrote him a letter when my first child Polly was born, because he had talked about running through the countryside with his children and then listening to their heart beating when they were all out of breath lying in the grass. There was a fantastic humanity about him. He was a really kind, lovely, very quintessentially English man.

MC: Did you stay in touch with him?

AU: Yeah, I did. I used to go and stay in a hotel near where he lived and would often ring and say do you want a quick cup of tea or something. I’d been round to his house a couple of times. About six or seven years ago, I was walking around the area where he lived in London and I saw him and I said “How you doing, man?” and he said, “Well, I’m still alive.” And I remember we worked with this photographer friend of his, a really cool guy and I asked him how he was doing and he said “Yes, he’s still alive.” Very wry funny man.

MC: Did you get to work with him again?

AU: No, I didn’t. He did send me a script for something but I was very, very busy at the time with other things. I think I’ve still got that script somewhere. We talked about collaborating but sadly never got round to it.

Watch "The Sound of Claudia Schiffer" (by Nicolas Roeg, produced by Christian Seidel (2000)

The Balance of Things: the Cinematic Imagination of Nic Roeg Season We look at the work of Nic Roeg (Performance, Walkabout, The Man Who Fell to Earth) and his effect and influence on a new generation of filmmakers.  Find out more Cinema Rediscovered 2019 Thu 25 - Sun 28 July 2019 Join us for the fourth edition of Cinema Rediscovered – a chance to discover some of the finest new digital restorations, contemporary classics and film print rarities from across the globe where they were meant to be experienced – on the big screen.  Find out more