Right away, the camera reveals an awkward and unreliable gaze; shooting first from the hip, we watch as a housekeeper enters a room, moments too late, only able to witness the balcony furniture in its response to the suicide just taken place. Bresson then shows us a beautiful white scarf, flailing in the wind. Next, we see legs gather around, and the woman and her blood at the centre of it all. Bresson cuts back to the interior from whence she jumped, still shooting from the hip, and to where the woman has now been moved; the housekeeper and her husband are present. We see no faces, as yet, Bresson wants us to wonder, saving the painful intimacy of this woman’s life for storytelling in flashback, where we will meet her, nameless ‘Elle’, titular ‘Une Femme Douce’ (gentle woman/wife, (Sun 28 July, 18:30), and whose quiet suffering we ought to feel but will, instead, observe. 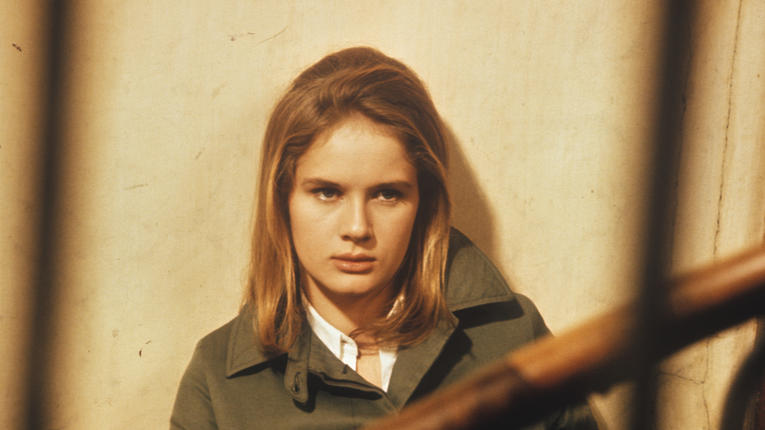 In flashback, Bresson’s cinematographer Ghislain Cloquet (Les demoiselles des rochefort, Mouchette) allows us to see faces, tilting the apparatus up momentarily, and then back down to let objects brought into a pawnbroker’s take up the space where words from a stream of silent, suffering customers ought to be. The customers are women, and a man of colour. This, we know right away, is a world where capital and white patriarchal systemic exchange speaks far louder than words.

The film is Bresson’s first colour film and critics have often pointed to its soft colour palette as a subtle, skilful transition from black and white,

“He had no difficulty with colour, however, and he has created a masterful composition almost entirely in tones of blue and green. This is not done in any obvious way; it’s just that after a while you begin to notice that the man always wears a blue suit and the girl a green coat. Even highways take on the colour scheme, with the borders green and the roadway bluish.” – Richard Roud, Decades Never Start on Time: A Richard Roud Anthology 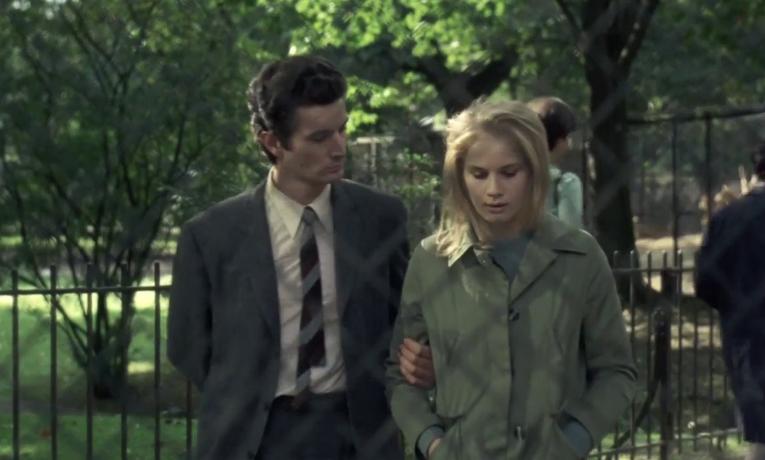 While there is absolutely no second-guessing Bresson’s assured approach to the formal or stylistic elements of the film, his treatment of Fyodor Dostoyevsky’s source material has caused wider debate. The central idea for Bresson, it seems, is that Elle is unknowable – and it is her husband, despite his efforts even in flashback, who cannot know any more of her than soft features. A survey of online reviews and synopses for the film suggest as much, but, moreover, Bresson himself has said,

“In Dostoyevsky, it’s the sense of responsibility, of the agonizing culpability of the husband who tries to justify himself. In my version, it’s doubt, the uncertainty of the husband in front of this mute body: ‘Has she loved me; has she deceived me?’ It’s this incommunicability.’”

But for me, and I dare say for most modern audiences, she is intimately knowable; young, vulnerable and preyed upon by systemic capitalist heteropatriarchy.

“I keep feeling that Bresson’s treatment of the girl is a little like the relationship of some fathers to their teenage daughters. He wants to share her interests, and even loves her, but, irritably, he cannot quite bridge the gap between them.” 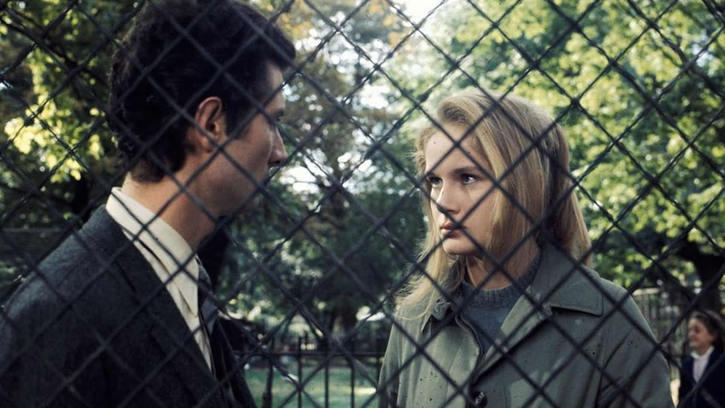 The gap is not a failing of Elle’s character or actress Dominique Sanda’s performance of her, either. The gap is there because she is barely out of childhood (Sanda was aged seventeen at the time, starring in her then first movie appearance before she would go on to act in more than forty films, including John Huston’s The Mackintosh Manand Luchino Visconti’s Conversation Piece), and because the man at the centre of the thing isn’t really interested in her subjectivity at all. Instead, much like the items brought into his pawn store, he sees only her value, through a literal lens of objectivity. This desiring and objectifying gaze is indeed Bresson’s most masterful achievement.

For Elle, and in the structured world of exchange in which she finds herself – it’s not long before she is married (a form of purchase) and inducted into active participation in the system, as a worker, giving customers money in exchange for items of (or that they) value – the only option is to find what Susan Sontag talks about as a common theme in Bresson’s films, “the meaning of confinement and liberty.” Liberty, for Elle, is on the other side of the balcony; becoming nothing more than the body she is seen as, splayed out on that hard slab of concrete, never to be softened by the endless pounding of feet and never to be truly seen in the eyes of others. They aren’t looking at her on the level, they are shooting from the hip – but if she is dead, she doesn’t have to experience being looked at anymore. Such are the confinements of liberty in a system that wants objects over subjects.

UK Premiere: Une Femme Douce Please note: This was screened in July 2019 A piercing and unforgettable film, we are pleased to present this very special premiere of the UK theatrical re-release of Une Femme Douce. Returning to the big screen with greater potency than before, Robert Bresson's film is the final word on the impact of the male gaze.  Find out more Restored and Rediscovered Season We profile and preview new restorations of classic films before they are re-released in cinemas and also shine new light on lost films which have recently been rediscovered at Il Cinema Ritrovato in Bologna.  Find out more Cinema Rediscovered 2019 Join us for the fourth edition of Cinema Rediscovered – a chance to discover some of the finest new digital restorations, contemporary classics and film print rarities from across the globe where they were meant to be experienced – on the big screen.  Find out more