At every stage of cinema history there have been innovative filmmakers who have been bold, stepped outside of convention, taken huge risks, and pushed the technology, its aesthetic qualities and storytelling potential to the limits to help cinema become what it is today. Cinema itself was an innovation brought into being by those bold enough to propel their pioneering ideas into action, with a dream to see real life reflected back to us in moving images.

Now in its fourth year, Cinema Rediscovered brings to the fore a selection of these Cinema Innovators, many of whom have been underrepresented by film history; including Bristol's own William Friese-Greene (Sun 28 July, 17:30) and groundbreaking filmmaker Robert Paul (Sun 28 July, 13:30), the prolific Muriel Box (Simon & Laura, Fri 26 July: 11:30), a director who broached often controversial subject matter in her films, and early female producer and filmmaker Alice Guy-Blaché (Fri 26 July, 14:45). 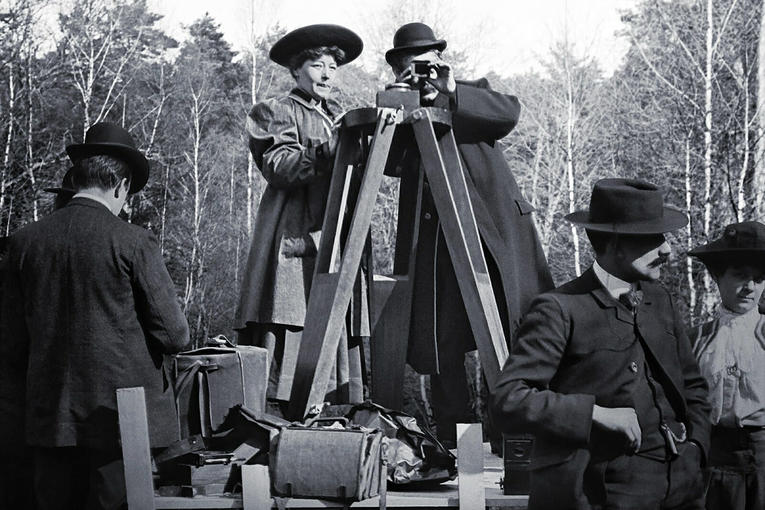 Hired in 1894 as a secretary for a camera manufacturing and supply company, French filmmaker Alice Guy-Blaché worked her way up to being Gaumont’s head of film production by 1897, and then into making films; opening her own production company, Solax, in 1910. Solax was so successful that she built her own studio in Fort Lee, New Jersey.

She was one of the first filmmakers known to make a narrative fiction film. Her first directing efforts began in 1902 when she began making films experimenting with early sound, using Gaumont’s Chronophone sync-sound system. Her 1912 film, A Fool and His Money, was the first known film to have an all African-American cast. She also experimented with colour-tinting and special effects. Her most ambitious project was in 1913 with Dick Whittington and His Cat, an elaborate three-reel costume drama with elaborate staging and stunts. 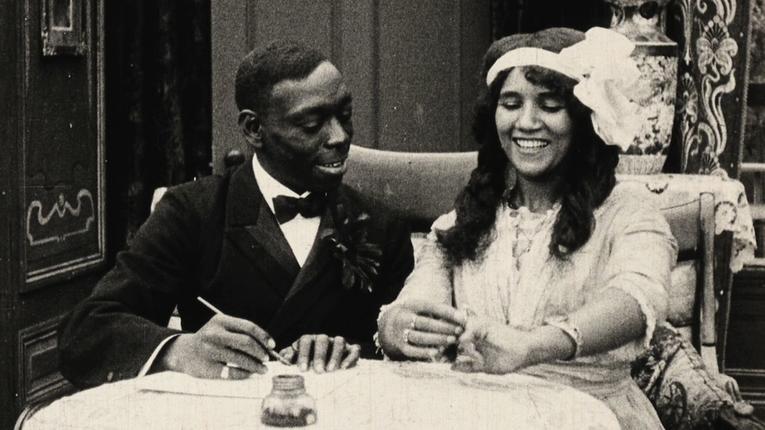 By her mid-forties Guy-Blaché was a well-renowned and respected filmmaker. Her career spanned more than twenty-five years, and she directed, produced and wrote more than seven hundred films. Later in her life, she also went in search of her lost films. In the 1950s there was a renewed interest in Guy-Blaché by film historians, including Jean Mitry. In 1955, she received the Légion d’honneur (the highest decoration in France) and, in 1957, she was honoured by the Cinematheque Française. Today, her films stand the test of time to show just how creative and innovative early filmmakers really were. 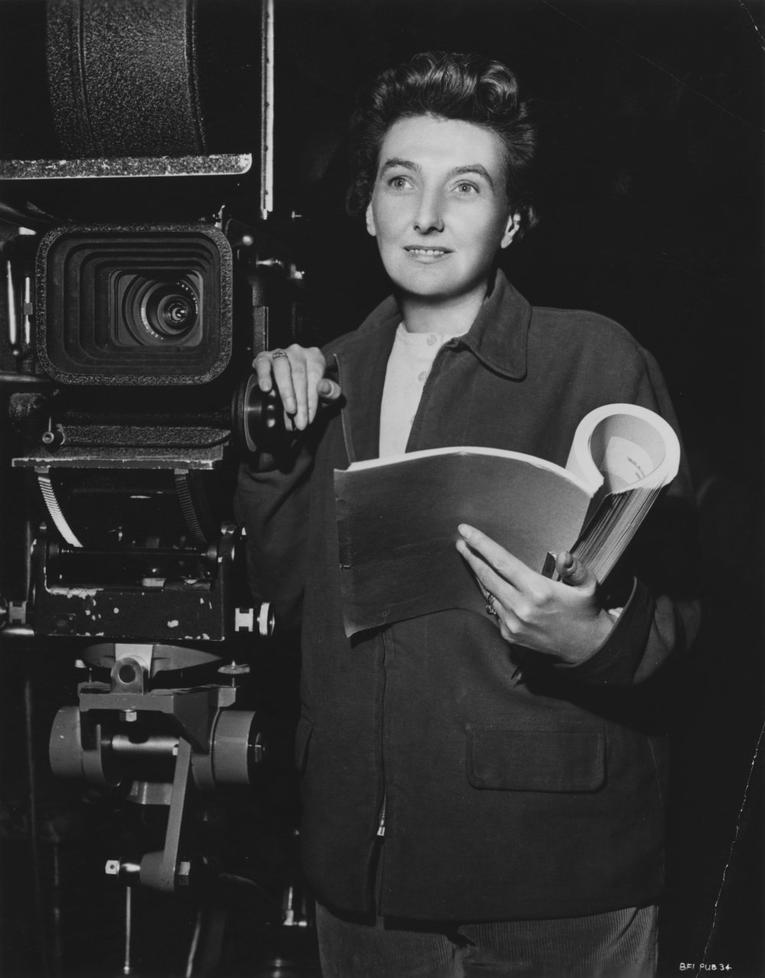 Muriel Box has perhaps been one of British film history’s most underrated directors, only now beginning to have her work re-appraised and appreciated. Starting her career as a continuity girl for British International Pictures, Box had big ambitions to be a director, at a time when women were not considered fit to direct pictures.

She collaborated with her husband Sydney Box, writing plays for amateur theatre groups, which largely featured strong roles for women (something that would become a central theme in her films). She worked in the scenario department at Gainsborough, overseeing and writing a number of scripts, and had the opportunity to direct re-shoots. When Sydney founded London Independent Producers in 1951, Muriel was given more opportunities to direct. The Seventh Veil was a collaborative effort between the two and their most successful film, winning Academy Awards for its writing and original screenplay. Struggling to achieve her ambition of being a film director, Box was often forced to direct in secret, and often faced great stigma from cast and crew. 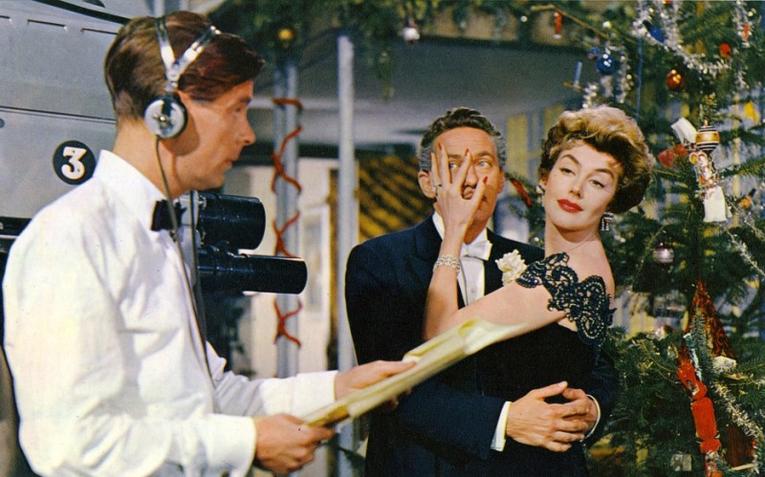 On Simon and Laura, lead actress Kay Kendall wanted Box replaced by a male director. And Ealing Studio’s most prolific producer, Michael Balcon apparently doubted her abilities because she was a woman. But, her films were largely well received by critics and audiences.

Ahead of her time, and often dealing with difficult subject matter for the ‘50s and ‘60s, such as infidelity and prostitution in Rattle of a Simple Man, divorce in To Dorothy a Son, and child welfare and women in the police force in Street Corner- her response to Ealing Studio’s The Blue Lamp - Box’s films always put women and their perspectives at the centre of the narrative: they are smart, outspoken, and in charge. Whatever the situation, her women know how to handle it, winning out in the end. But there is always humour and happiness, too. Even if the subject matter appeared challenging for its time, the style of filmmaking has a quality worthy of any top Ealing production.

Muriel Box: Simon & Laura Please note: This was screened in July 2019 Muriel Box's critically acclaimed 1955 film anticipated reality television by half a century, and spoofed the BBC with tongue-in-cheek humour.  Find out more Alice Guy-Blaché Screening Please note: This was screened in July 2019 A selection of films by Alice Guy-Blaché, one of the first filmmakers to direct a narrative fiction film, and the first known woman filmmaker.  Find out more Cinema Innovators Season Explore the works of lesser known trailblazers and some of the youthful, adventurous, tech-savvy heroes of British film in this series of conversations and film screenings.  Find out more Cinema Rediscovered 2019 Join us for the fourth edition of Cinema Rediscovered – a chance to discover some of the finest new digital restorations, contemporary classics and film print rarities from across the globe where they were meant to be experienced – on the big screen.  Find out more