Skip to main content
Search the site
Found in: Projects

The Network has worked with 149 creatives and artists from a wide range of different kinds of practice. From this cohort, 106 described themselves as artists, 109 worked on their own and the others worked in teams of 6 or fewer.

122 enterprises received over 12 hours of mentoring & development support, with 58 development bursaries, over 600 hours of one-to-one mentoring, 60 workshops, producer support and free space. This has led to 27 new enterprises setting up, the creation of 41 jobs and 34 enterprises introducing new products or services to market, with 94 micro businesses ready to make their idea sustainable.

Read more about some of the achievements and challenges in an article by Vanessa Bellaar Spruijt, Network for Creative Enterprise Producer.

Network for Creative Enterprise is a partnership between UWE Bristol and four West of England cultural hubs: The Guild (Bath) co-working space, Spike Island, KWMC The Factory and Watershed.

Network for Creative Enterprise is funded by Arts Council England and the European Regional Development Fund.

Creative Technology What we do Using the potential of technology to engage people and share knowledge.  Find out more 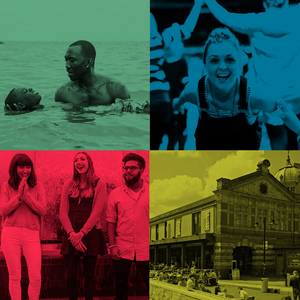