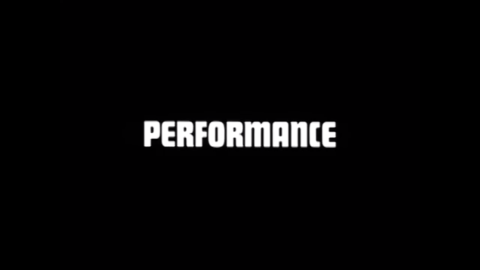 A deliriously experimental thriller about a hunted gangster taking refuge with a reclusive rock star, Performance was treated with disdain by the studio who produced it and bewildered audiences at the time, but has since gone on to become a classic and defining thriller of British cinema. Amid swinging sixties London, in underworld terms, Chas Devlin (James Fox) is a performer - a psychotic East End gangster with a talent for violence and intimidation. By contrast Turner (Mick Jagger) is a washed-up junkie and reclusive rock superstar. When their worlds collide, the impact is both exotic and explosive.

Even in an era of cinematic experimentation, Performance stands out as a visually daring film that deals with questions of sanity and identity, representing the furthest that truly underground filmmaking has ever penetrated into the mainstream. A psychedelic blend of fantasy, freakishness and pioneering ideas and sensibilities, with an incredible soundtrack to boot.